Media port ready to switch on at West Bund 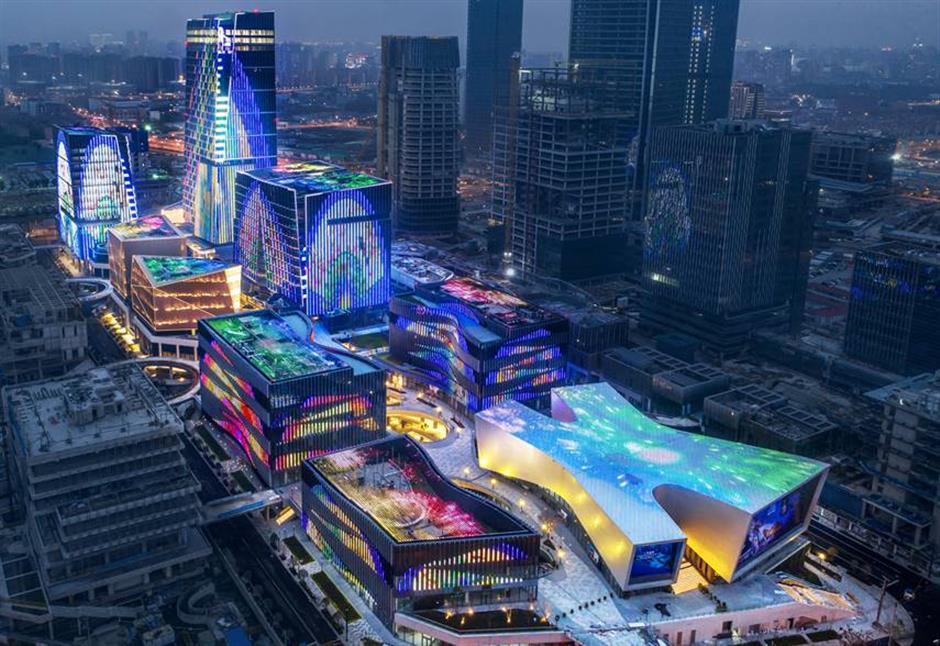 An international media hub will be completed on the West Bund waterfront in Xuhui next year, featuring the nation’s top-level film and television production bases as well as theaters.

The seven main buildings of the Shanghai International Media Port are near completion along the Huangpu River. The buildings will include offices, commercial facilities, life convenience and financial services, along with exhibition, culture and fashion retail functions, said Zhao Jianjun, president and general manager of the Shanghai International Media Port Culture and Development Co.

The buildings near the waterfront will have workshops, hotels, boutique stores, Michelin-starred restaurants, while another riverside structure will feature theaters, show fields and nightlife markets, Zhao told the monthly Hui Forum.

The West Bund region is set to become a core gathering place for theaters, museums and art galleries along the river. Over 50 public cultural facilities will open along the riverside by 2025, according to the district government.

As a key project within the media port, the comprehensive theater will cover 10,000 square meters and include a 1,400-seat IMAX movie hall with 4K high definition. It will become the first theater in China to be able to livestream 4K television programs, Zhao said.

China's first national key laboratory on ultra high-definition media production and broadcasting has also been launched in the port.

A Media Center Hotel has been planned to host major film festivals, exhibitions, press conferences and media services, he added.

The media port neighbors, the “AI Valley” of Shanghai, aims to attract some of the world's top scientists and companies working in artificial intelligence. The Shanghai AI Tower, comprising two new landmark buildings on the waterfront, has launched its global promotion campaign.

Leading companies in the sector from home and abroad — including Microsoft Research Asia, Huawei and Alibaba, and startups United Imaging and Yitu — have offices in one of the buildings. 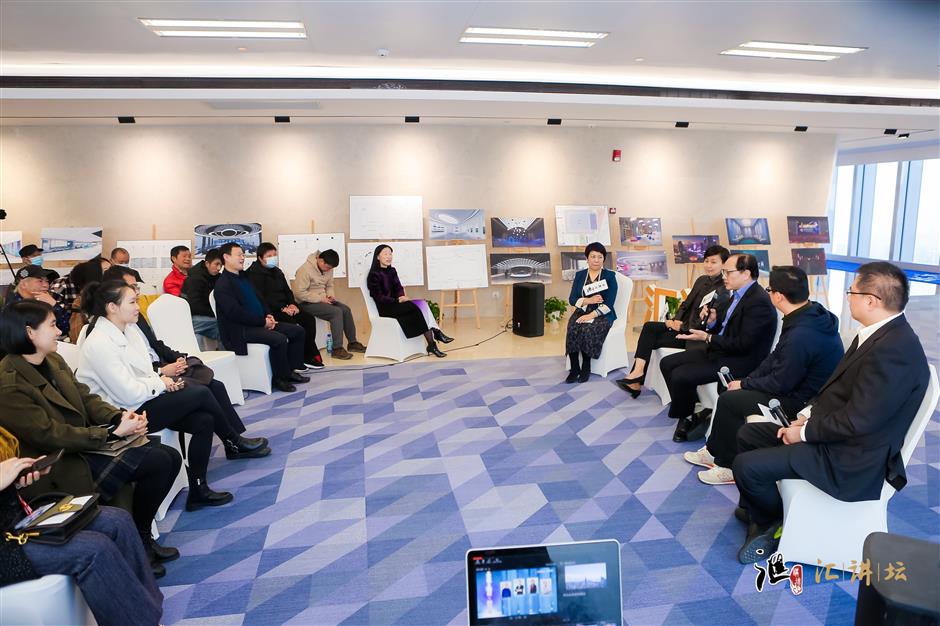 The monthly Hui Forum at the Shanghai International Media Port.