Are you annoyed by interest-based advertisements in WeChat Moments? Can you locate the "close" button?

WeChat users can't permanently close these ads and are forced to take more than 10 steps just to stop their personal information from being followed, said Tang Jiansheng, the Shanghai Consumer Council’s deputy secretary-general, during a conference on Wednesday about advertising issues on mobile apps.

After researching 600 apps, the council, in cooperation with an information technology company, found that 58 percent of apps contain ads and almost 70 percent have no "close" button for them, including WeChat, auto platform Autohome and tech media 36Kr.

Users can permanently close interest-based ads on less than 15 percent of apps. The ad service centers around sending ads to netizens based on their personal information, interests and usage habits.

For example, after complicated procedures on WeChat, users can only close the service for six months. Moreover, users will still receive ads but not based on their interests.

“It's a common issue these days,” Tang said. “Users have the right to say no to these advertisements.”

The report indicates issues related to pop-up ads, pornography and gambling have rapidly declined of late under strict and enhanced oversight, but fake ads are still common.

"Fake interest-based advertisements are common on WeChat, such as shoes that can't be cut through with a saw and facial cleanser that turns skin white with just a wipe," Tang said.

He said publishers should take responsibility for reviewing ads and protecting the rights of users.

In recent years, an increasing number of companies have focused on Internet ads, especially on apps. According to official 2019 statistics, China's internet advertising revenue exceeded 430 billion yuan (US$65.7 billion), with an annual growth rate of more than 18 percent.

Below are procedures for closing the interest-based ad service on WeChat (some steps not available on the English interface). 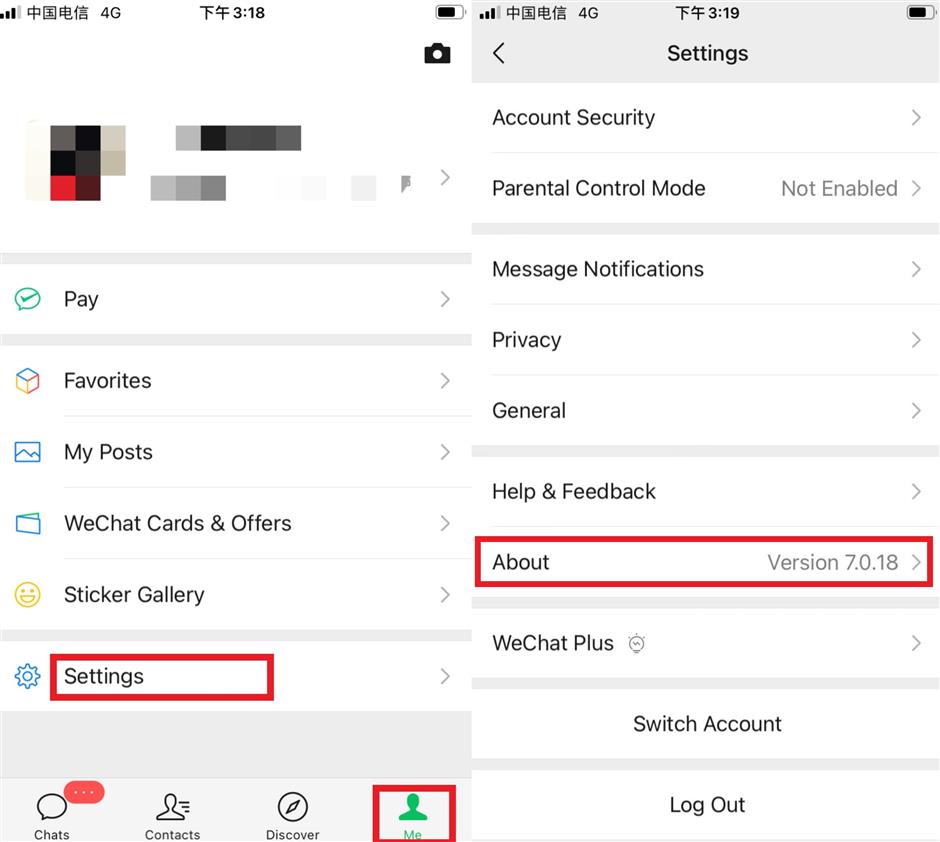 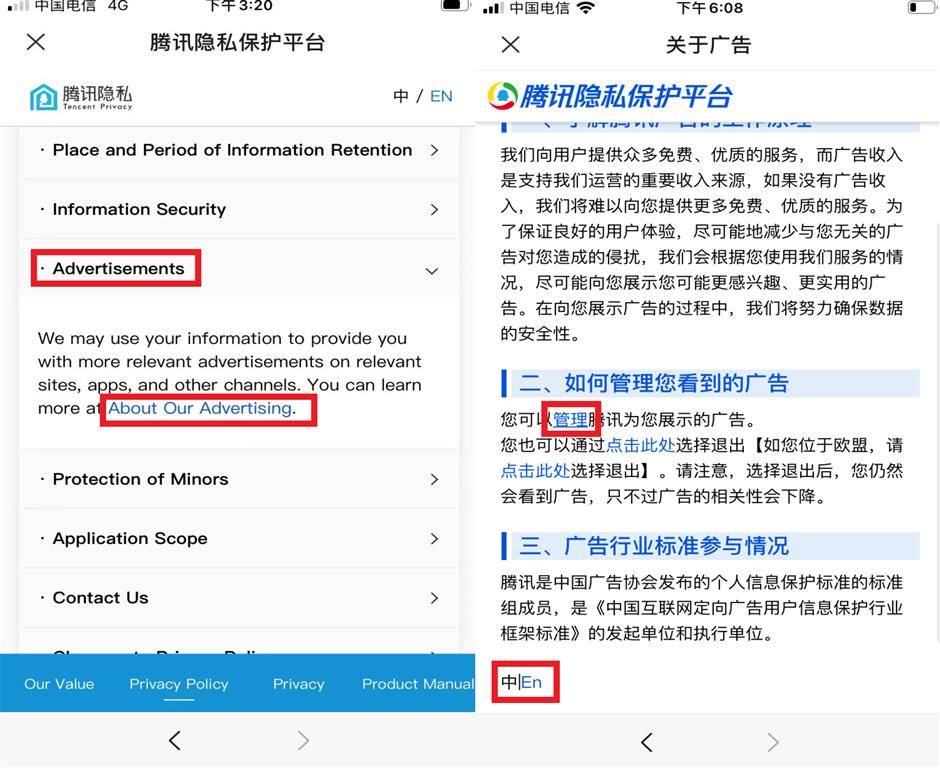 Find "Advertisements" and click "About Our Advertising" — Click "管理" (Tips: There's an "中/En" button for the language setting. If this surface is in English, you can't go to the next step.) 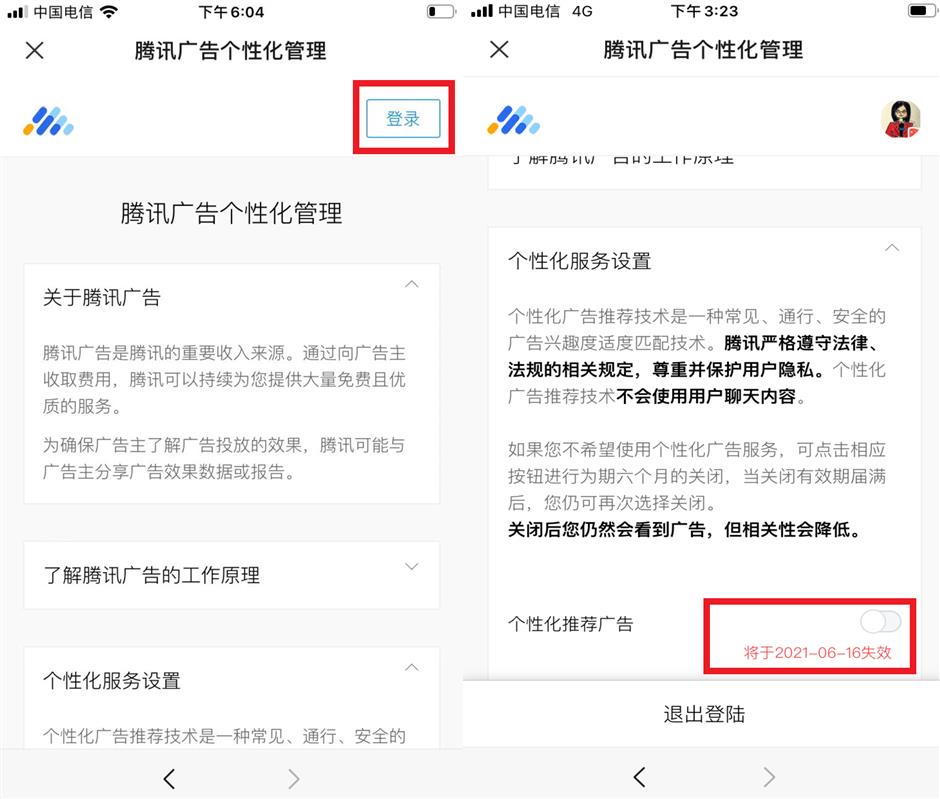 Login — Click the button for interest-based ads and you can see the expiration date in red.