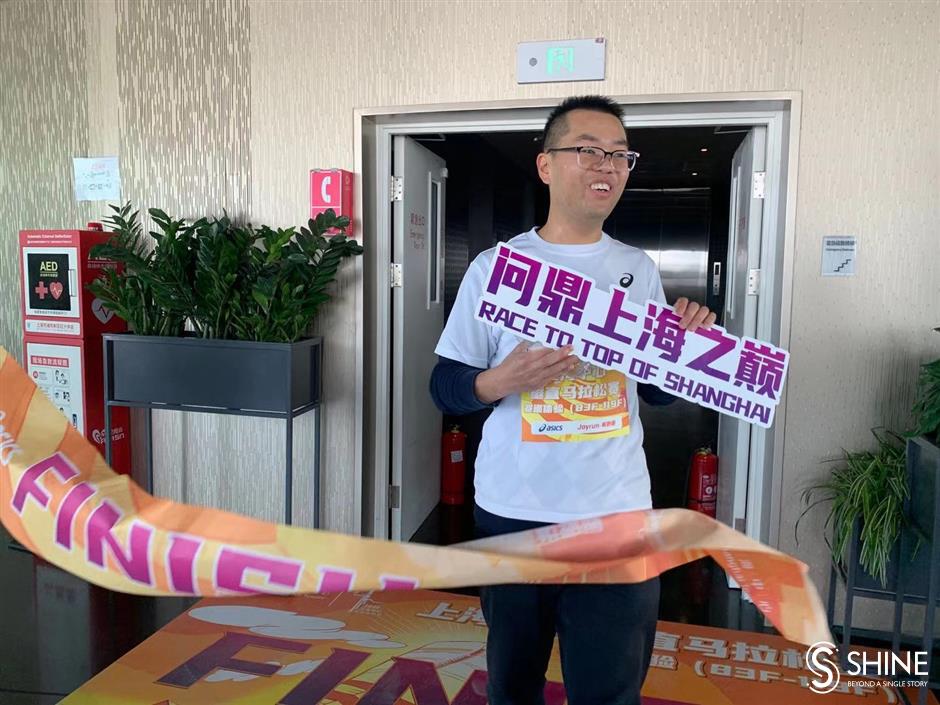 A runner experiences the thrill of vertical racing at Shanghai Tower.

The world’s highest vertical running race will return to Shanghai Tower next year in the wake of this year's cancellation due to COVID-19.

The exciting news for enthusiasts is vertical races will take place in the city throughout 2021, according to a plan revealed on Wednesday.

In June next year, a “happy run” will offer runners new to the vertical scene the chance to scale a relatively diminutive 22-story building.

The 2021 Shanghai Tower International Vertical Marathon, one of the most popular competitions in the Towerrunning World Association (TWA) tour, will take place on November 28. The 632-meter, 127-story building is the world’s second-tallest, but its vertical competition is number one in the world, according to the TWA. Runners must climb 3,398 steps to reach the 119th floor, a height of 552 meters.

More than 20 runners climbed from the 83rd to 119th floor on Wednesday for a taste of vertical running. Xie Wei came in first place, scaling the 36 floors in six minutes.

“It will be a while before I take part in vertical running again — I feel a little bit tired,” he said. “But I still enjoyed it. Shanghai Tower is a great place for vertical running, and there’s a great view from the 119th floor.”

Shanghai Tower officials announced a partnership with the Champion Foundation to offer internships to retired athletes.

The foundation was founded by Yang Yang, a retired short-track speed skater and China’s first Winter Olympic champion. She said an estimated 3,000 Chinese athletes retire every year, and many need help finding jobs.

“Vertical running is cool and attractive to athletes," she said. "Also, it's a very approachable field for athletes to enter. The internship allows them to learn more about vertical running, and they may find it possible to work in the field. I like it, too. I hope to take part in the event next year.” 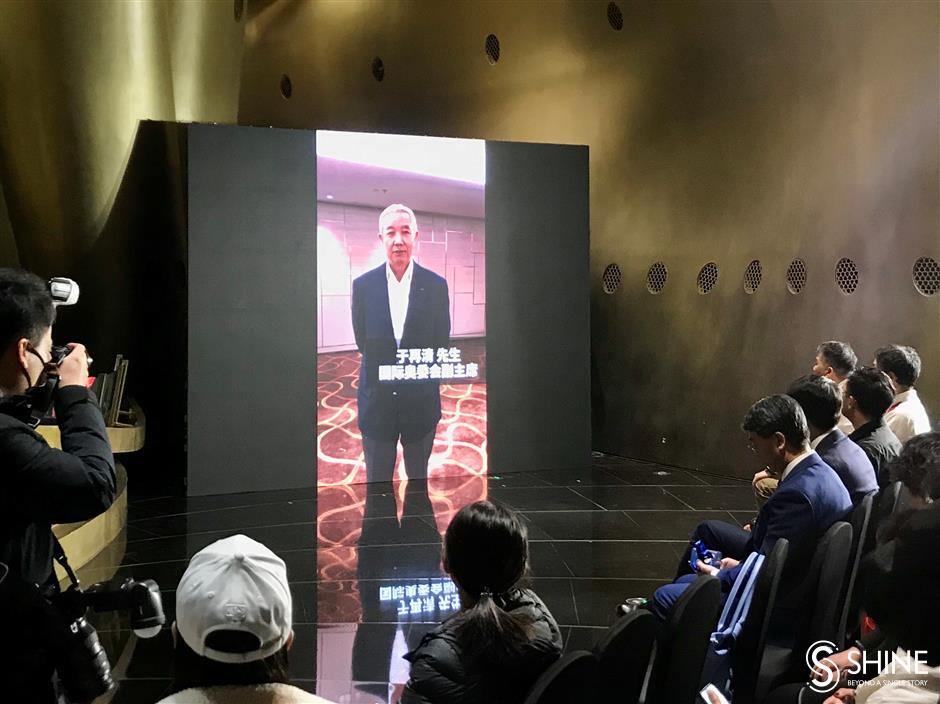