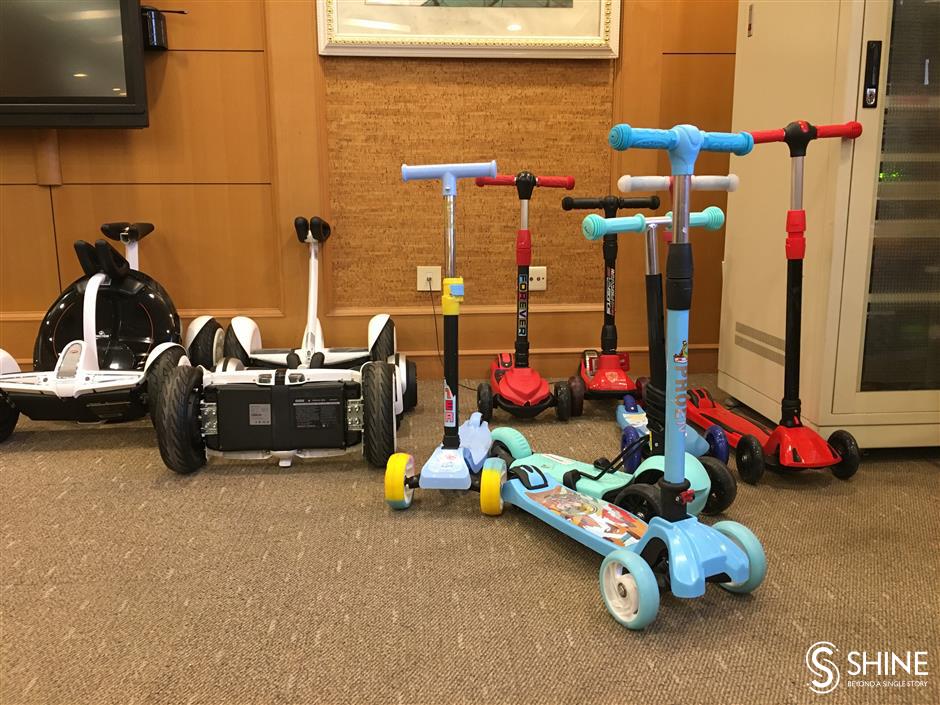 Some of the self-balancing scooters and kick scooters tested by Shanghai's consumer council.

Scooters from well known brands have been found to be substandard, Shanghai's consumer council said on Thursday.

Officials tested 20 self-balancing scooters and 25 children's kick scooters bought from stores and online platforms, and found problems with 65 percent and 28 percent, respectively, of them.

Two of China's oldest bicycle makers, Phoenix and Forever, featured on both lists, the authority said.

The main problems with self-balancing scooters were related to waterproofing, resistance to corrosion and protection against speeding. .

Eight scooters, from Phoenix, Baoxing and Bibu, had poor waterproofing and some could not be started a week after that was tested.

Ten scooters, of the Phoenix, Forever and Maikula brands, failed a salt spray corrosion test. Several didn’t have brakes or an alert if driven too fast.

“Salt spray exists in the air. If the product is not airtight, the circuit board may be corroded,” said Yuan Zhihuan, an engineer at the Suzhou Institute of Product Quality Inspection. 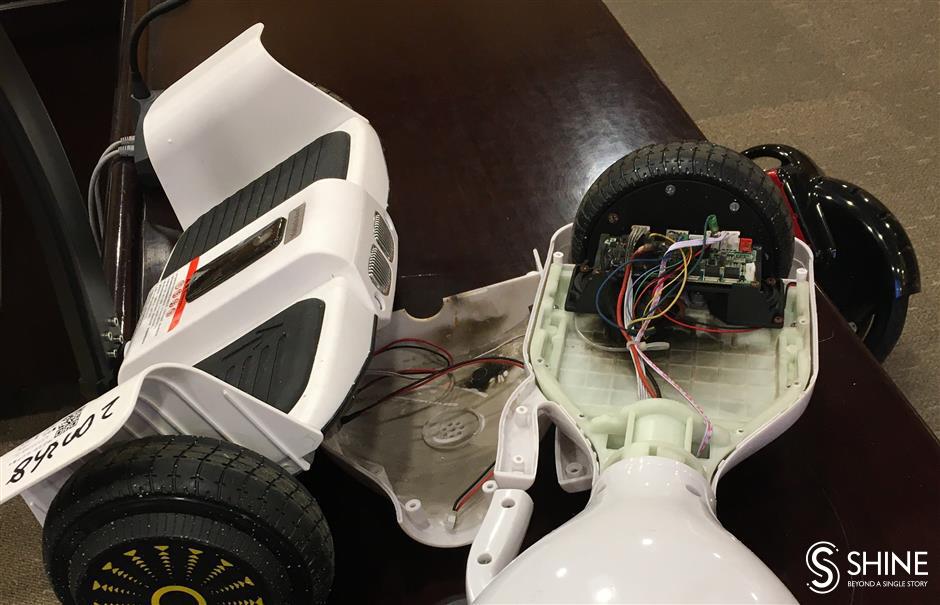 A circuit board of a self-balancing scooter is seen corroded and burned after a salt spray corrosion test.

The council said people should be aware of problems with cheaper products. The cost of a qualified battery for a self-balancing scooter must over 500 yuan (US$76.5), it said.

The most significant issues involving the children’s kick scooters was the packaging and sharp components that could injure a child. Brands with those problems included Phoenix, Forever and Mesuca.

“If the plastic wrap is too thin or without holes, it may block the kid’s nose and mouth and potentially cause suffocation in serious cases,” Yuan said.

The handgrips of scooters from Phoenix, Mloong, Reiterston and Harson’s were thin, and could cause injury in the event of a fall.

The council said the problems were being handled by the districts’ market supervision departments.