A 15-year-old student at Gezhi High School in Huangpu District has been hailed a hero after it was found out he had saved the life of a man who had suffered a heart attack in October.

Sheng Xiaohan, a first-year student at the high school, hadn't told fellow students and teachers the story until the man turned up at the school to thank him.

Sheng told Shanghai Daily he was returning home at around 9pm on October 27 after working late at school when he saw a group of people on Zhaojiabang Road.

“I didn’t mean to join them first, but suddenly I heard someone was talking in a sad voice, so I went over to have a look,” he said. “I saw a man on the ground unconscious, while another man was patting on his back and some others were calling his name.”

He thought the man might have choked on something. When he saw the man was unresponsive he checked his pulse and found it to be weak and his body cold.

“It seemed his friends didn’t know first aid which I had learned several times since primary school and the latest time was in October during military training organized by my school,” he said. “So I decided that I had to do it.” 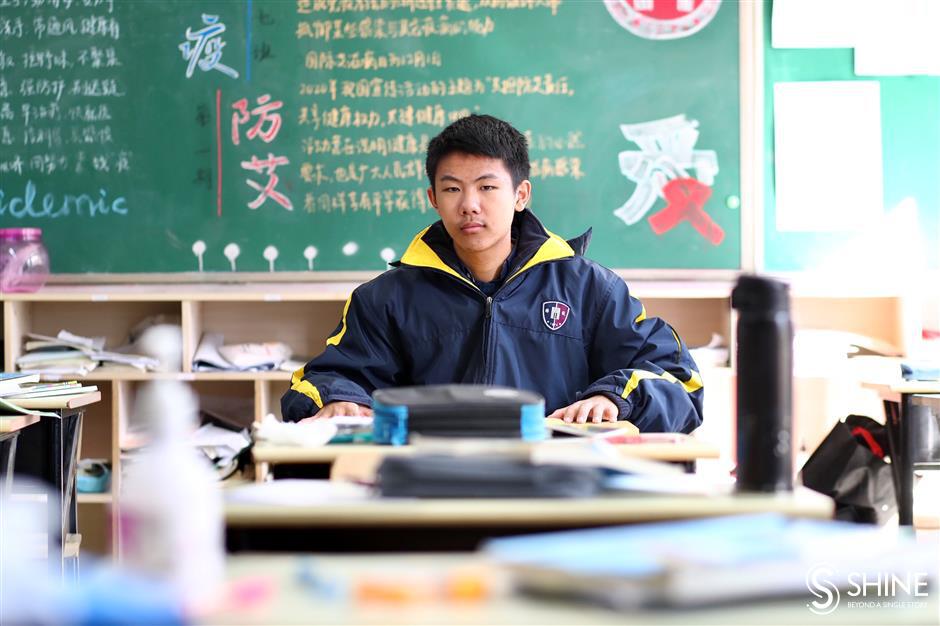 He first tried the Heimlich maneuver, but then thought the old man might have suffered a heart attack. He asked people around to give him some space and tried cardiopulmonary resuscitation (CPR).

He pressed down on the man’s chest regularly, while asking another man to help with artificial respiration. Someone else called the emergency services.

Shen kept doing CPR for about six minutes until the ambulance arrived and took the man to Ruijin Hospital.

“I didn’t dare stop or ask others to replace me in case any risks,” he said. “During the process, he started to breath again, which gave me the confidence and strength to go on.”

Sheng said he didn’t feel tired during the process, but afterwards his arms were sore.

He did not tell his name to the man’s friends but they took a photo of him and noticed from his uniform that he was a student at Gezhi.

After Sheng got home, he told his parents what had happened, but they didn’t treat it as anything out of the ordinary and they said he was a warm-hearted young man and always ready to help others. 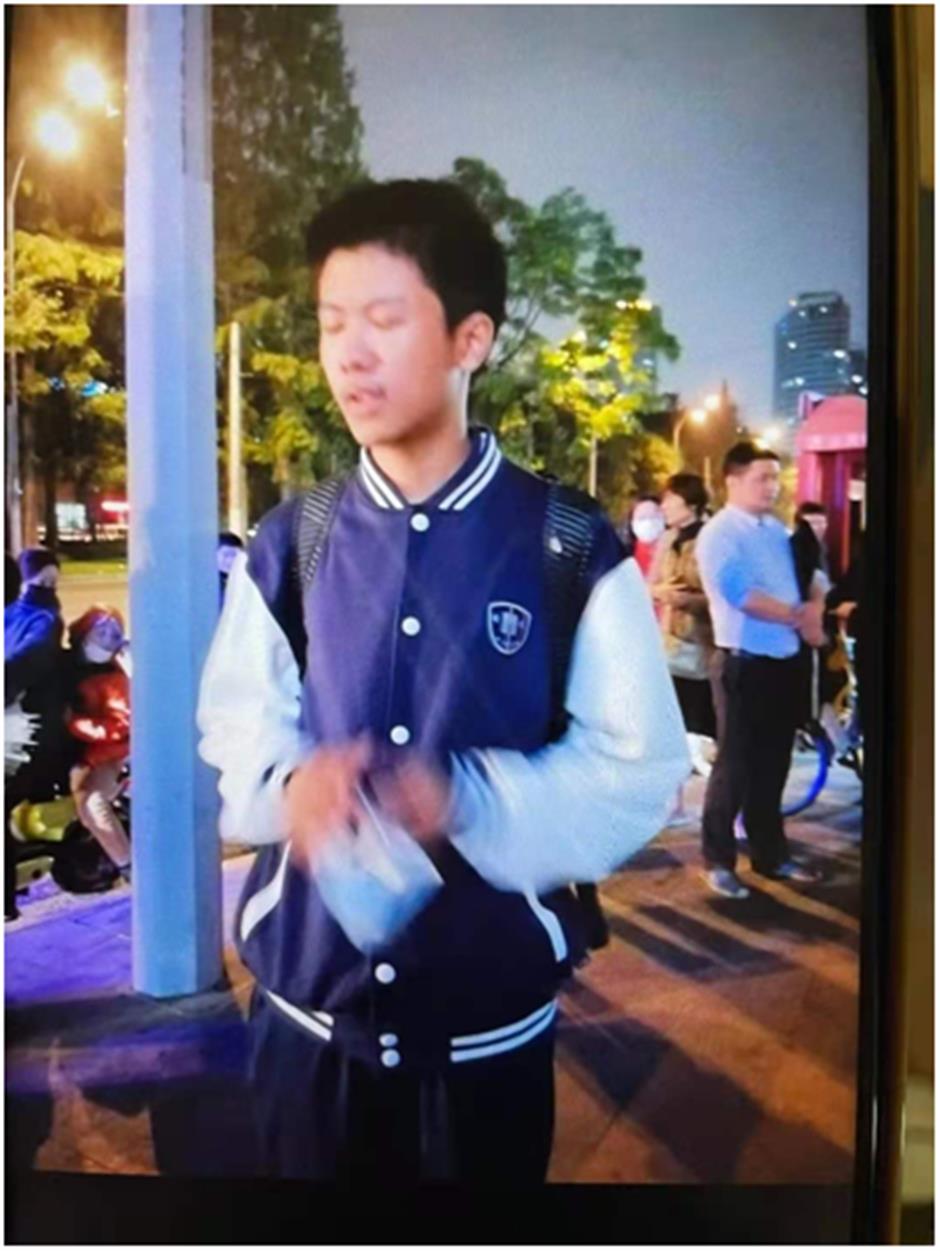 A photo of Sheng Xiaohan taken by Wang's friends in October.

One day, some people visited the school with his photograph to look for him.

They told teachers that Sheng had saved their former classmate, surnamed Wang, who had suffered a heart attack after they met for supper at a restaurant. Wang was in a coma for 10 days and in hospital for a total of 23. Doctors said it would have been very dangerous if Sheng had not taken the action he did.

On Wednesday, Wang, 63, though still weak, went to Gezhi with his former classmates and teacher to say “thank you” to Sheng face to face and presented him with a pennant to honor him for his actions.

“Nowadays, some people would hesitate to offer help in fear of potential troubles in such a case. Sheng is such a good Samaritan that he showed no hesitation. Our hearts were all warmed by him,” said one of Wang’s friends.

After his story was spread online, many web users also said he brought warmth in the chilly winter. 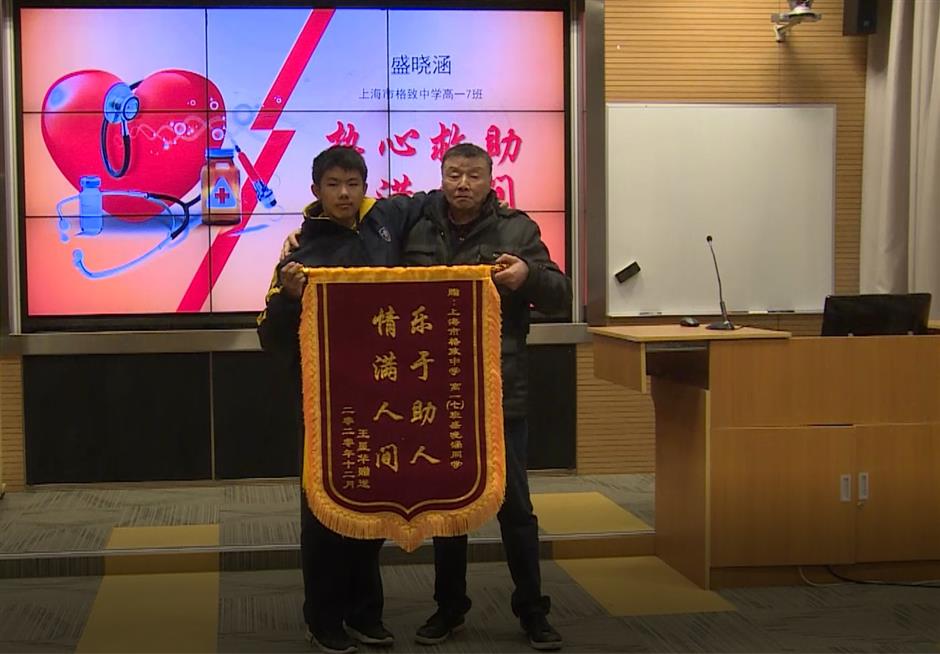 Wang (right) presents a banner to Sheng to express his gratitude.

Sheng, who said altruist icon Lei Feng (1940-1962) was his idol, said he did not have to think too much at the time of the incident.

“I could not just watch from aside when someone is in danger while I might have the skill to help,” he said. “I think many of my peers would do the same thing if they were there. I hope that people will not remember my name in the case, but the image of my generation, who are caring and willing to help.”

He said his studies and life were disrupted a little these days after his story was spread and all kinds of praise fell on him.

“I’m a little worried that some people will treat me as a model and hold too high expectations of me. I’m not perfect, neither are my skills in first aid,” he said. “But I would feel happy if my story will encourage more people to offer a hand to others in need. When a man lies on the ground, if all passersby try to help, the whole society wins.”

Wu Zhao, the school’s principal, said: “I’m proud of my student Sheng, but I’m not surprised at his behavior. He is active in learning, questioning teachers and helping others. Our school is dedicated to cultivating students into persons who can shoulder responsibilities, seek the truth, integrate cultures and make innovations. I think Sheng has demonstrated well our education philosophy.” 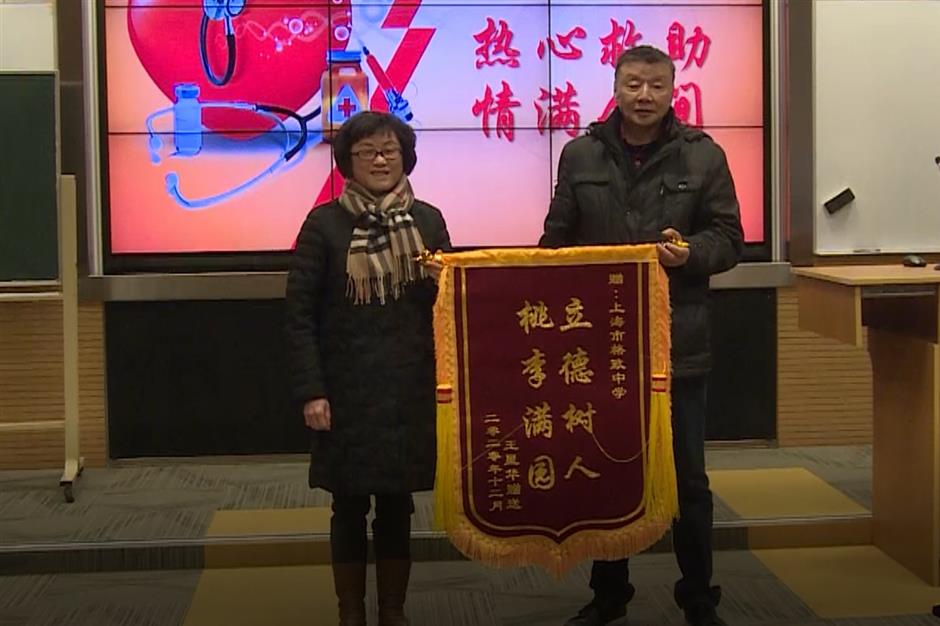 The city has also built health care training bases to develop related courses and train kindergarten and school teachers in first-aid skills, including CPR and the use of defibrillators.

Since 2017, it has commissioned Oriental Land, the city’s camp for off-campus youth activities, to provide annual first-aid training for local students. It has also published health manuals and developed video courses for students to learn such skills.

The Shanghai branch of the Red Cross Society of China also gives first-aid classes in schools and universities every year.

In military training, students learn how to identify and avoid risks, as well as save themselves or others out of dangerous situations. For example, they learn how to bind up a wound, stop bleeding and fix injured parts of the body. 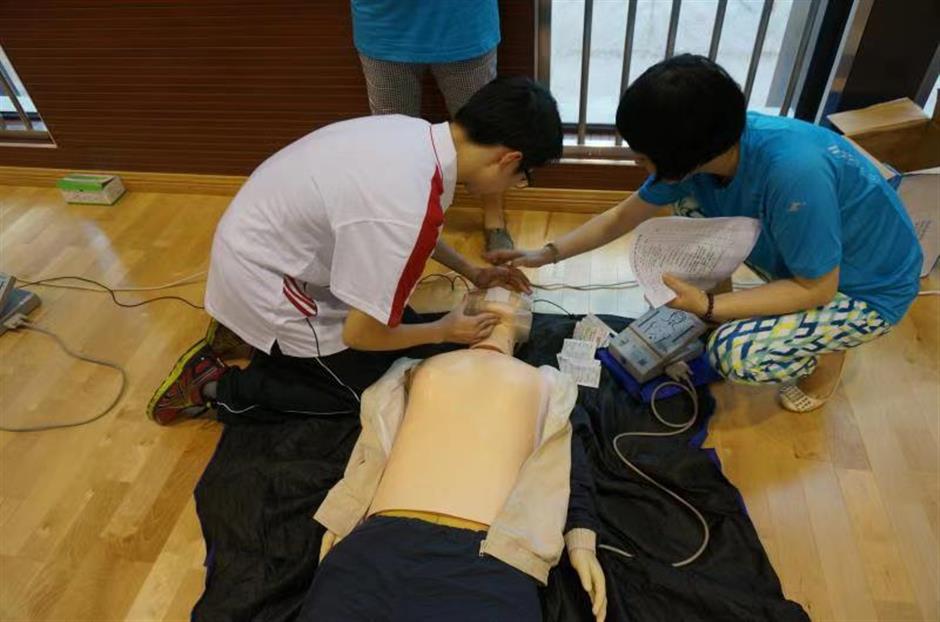 Due to the COVID-19 pandemic, Gezhi students weren’t at Oriental Land this year. Instead, they invited trainers to the campus in October, which refreshed everyone’s, including Sheng’s, first-aid knowledge and skills.

“I like learning medical skills as some of my relatives suffer from chronic diseases and I hope I can help them when they need,” Sheng said. “Besides training offered by the schools, I also like to read some medical books of my grandpa who works in the pharmacy industry. It’s a pity that my grandma passed away earlier this year, but I could not help her.”

Sheng said some of his family members hoped he would study medicine in the future and he also said that was a possible choice in his career plan. 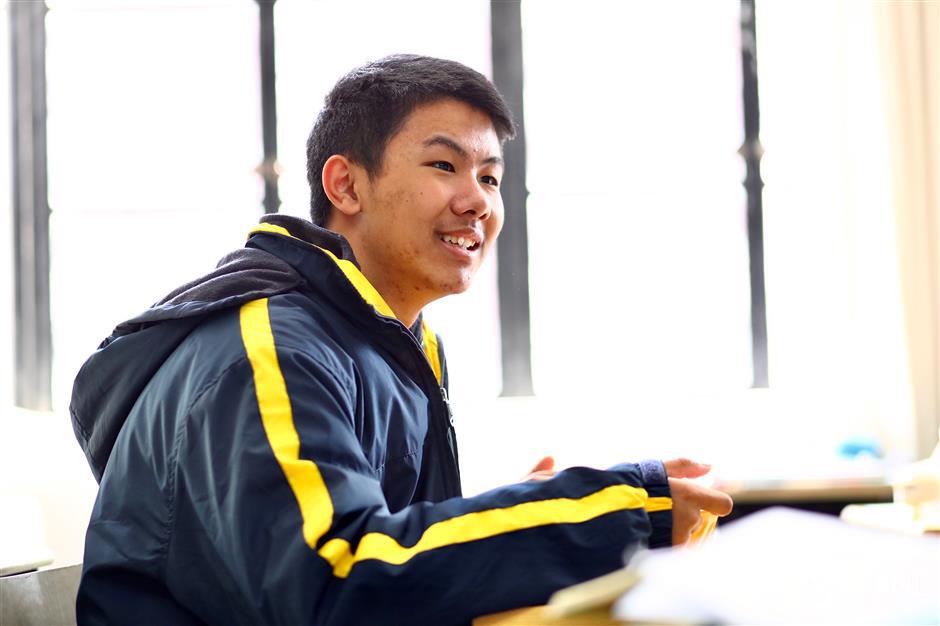