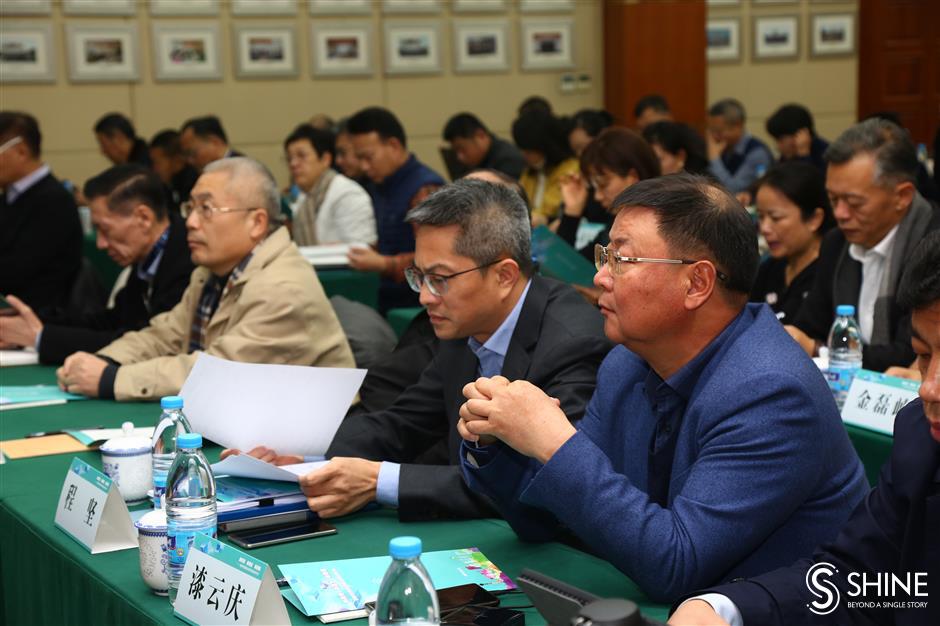 Shanghai has achieved great progress in promoting land-saving and eco-friendly burials, with such services accounting for nearly 90 percent of the total funeral services in the city by the end of this year, a seminar has heard.

Space-conserving and eco-friendly interments include burying ashes in biodegradable urns, scattering ashes at sea, burial in green areas, such as flower beds, trees or lawns at cemeteries, and in tombs with an interment space no bigger than 1 square meter, said Wang Hongjie, a consultant of China Funeral Association and former director of Shanghai Funeral and Interment Association.

The Shanghai Funeral and Interment Service Center hosted a seminar on Friday, gathering experts, professors and industry insiders to discuss the development and management of the city's funeral and interment industry and how to tackle space shortages at city cemeteries.

"Shanghai has taken the lead in green burials with government advocacy," said Wang. "It started promoting small-scale tombs below 1 square meter compared with the previous 3 square meters as early as 2006. Land-saving burials are now common at city cemeteries."

"It has also kept promoting environmentally-friendly burials, while social progress and conceptual changes are behind the scene," he said.

"All these efforts have saved a lot of space."

As early as in 2006, Shanghai funeral and interment expert Qiao Kuanyuan warned that 80 percent of cemeteries in the city would have no space for new urns within five years based on their capacity and burial numbers if no change was made.

"The day would come but efforts are made to delay it," said Wang. "Recyclable burial service is the only solution."

In 2016, the city's civil affairs authorities launched “life crystal” service, which is basically particulate matter that is transformed from ashes under high temperatures.

China has eight colleges that have offered education in the field, supplying 300 graduates every year.

A cultural approach should be taken to enrich people's awareness of life culture and essence to promote the development of the funeral and interment industry, added Lu Hong, a professor of the University of Shanghai for Science and Technology.

The aim of hosting the seminar is to create a diversified and high-quality funeral and interment public service system by pooling the wisdom of experts, the Shanghai Funeral and Interment Service Center affiliated to the Shanghai Civil Affairs Bureau said.