Residents pay their respects to ancestors 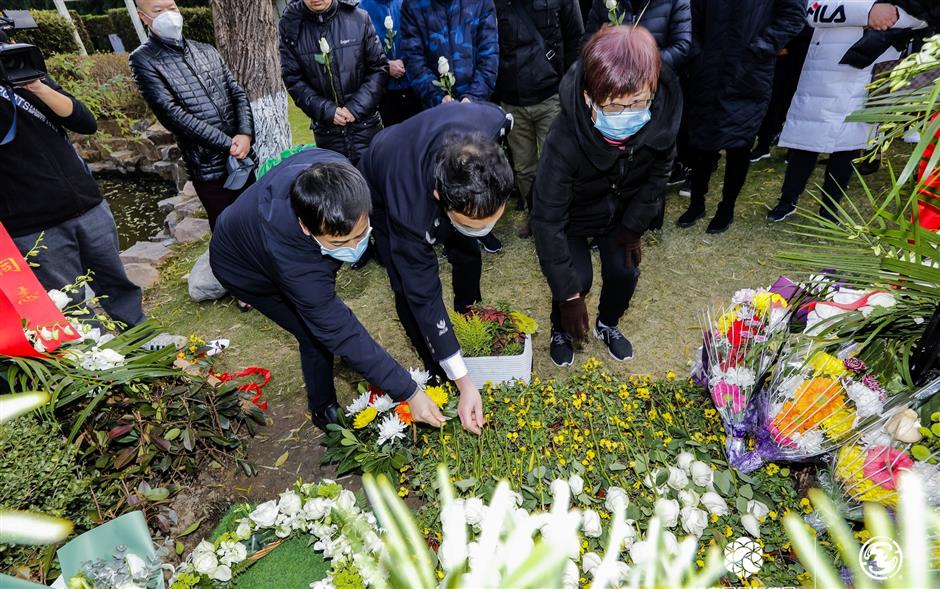 People pay tribute to Qian Haijun, a Shanghai policeman credited as a hero in the fight against crime, at the Fushouyuan Cemetery on Saturday.

The figure was a big decrease from last year, as tomb-sweepers are required to make reservations in advance, and the number of sweepers has been kept below 50 percent of the daily maximum capacity of cemeteries on the three busiest days, the Shanghai Civil Affairs Bureau said, without revealing last year's figure.

Winter Solstice, like Qingming Festival, is a time for Chinese people to pay respects to their ancestors. It falls on Monday this year. 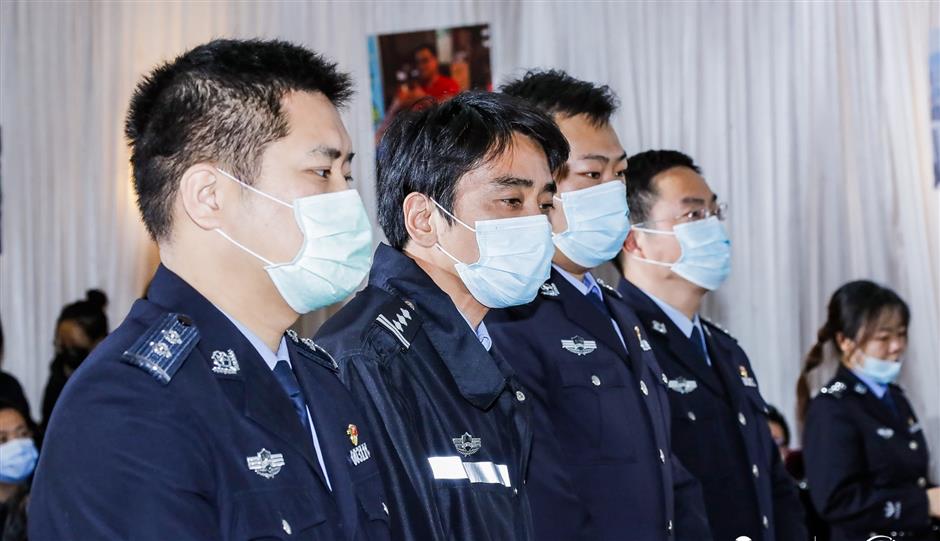 The colleagues of Qian Haijun commemorate him.

More than 2,000 "online tomb-sweeping" visits were recorded on Saturday, and 225 households requested cemetery staff to sweep tombs for them, according to the bureau.

Because of the reservation system, no gatherings were observed at city tombs, the bureau said.

Strict health monitoring and disinfection measures have been imposed at cemeteries, and all tomb-sweepers are required to wear masks, have their temperatures taken and health QR codes checked.

Meanwhile, a funeral service for Qian Haijun, a Shanghai policeman credited as a hero in the fight against crime, was held at the Fushouyuan Cemetery in Qingpu District on Saturday.

Qian, born in 1970, had been a policeman for 28 years until he died at his post due to heart disease in May.

He served as deputy director of the criminal investigation department of the Shanghai Public Security Bureau and was involved in the busting of about 3,100 crime cases, and captured about 30,000 suspects in his career.

He won many honors including a national award for battling the COVID-19 epidemic.

His friends, relatives and colleagues bid farewell to him.