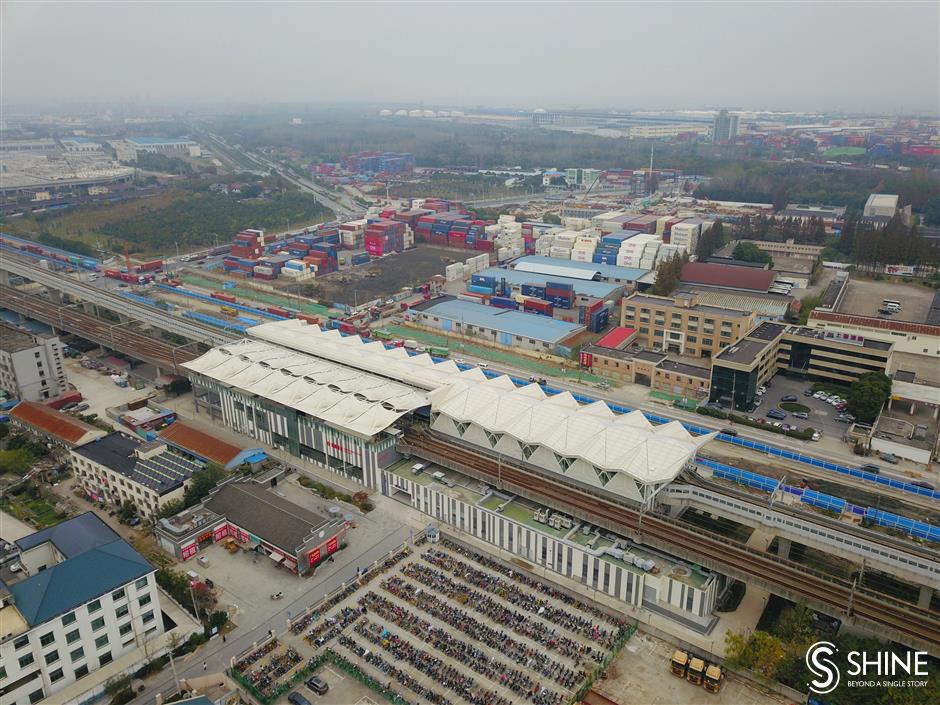 Gangcheng Road station where riders can transfer from line 10 to line 6.

Fourteen new Metro stations will open on Saturday in northern and southern Shanghai, bringing the total number of stations to 430.

Six of the stations are on Line 10 and eight are on the new Line 18.

The extension of Line 10 from Xinjiangwancheng to Jilong Road stations will provide residents in northern Yangpu District and the Pudong New Area a convenient way to get across the Huangpu River. The Jilong Road Station is the first Metro station inside Shanghai’s free trade zone.

The first eight stations to open on Line 18 – from Hangtou to Yuqiao – will serve residents of the densely populated Beicai, Zhoupu, Kangqiao and Hangtou areas, and relieve congestion on southern Line 16 stations that run virtually parallel to the new stations.

The first trains from Hangtou and Yuqiao stations will depart at 6am, and the last trains will leave at 10pm. Trains will run every 6 minutes during peak hours.

Trains on the new parts of lines 10 and 18 will be driverless.

Also beginning Saturday, Line 5 riders from Xinzhuang to Minhang Development Zone will no longer have to change trains at Dongchuan Road station.

Shanghai Metro officials said the opening of Line 15 will take place before Spring Festival next year – February 12, 2021 – but the line's Guilin Road station won't open until later in the year. Line 15 will run from Gucun Park in the north to Zizhu Hi-Tech Industrial Development Zone in the south. The line will have 30 stations, serving Baoshan, Putuo, Changning, Xuhui and Minhang districts. The Guilin Road station will be an interchange station with Line 9. 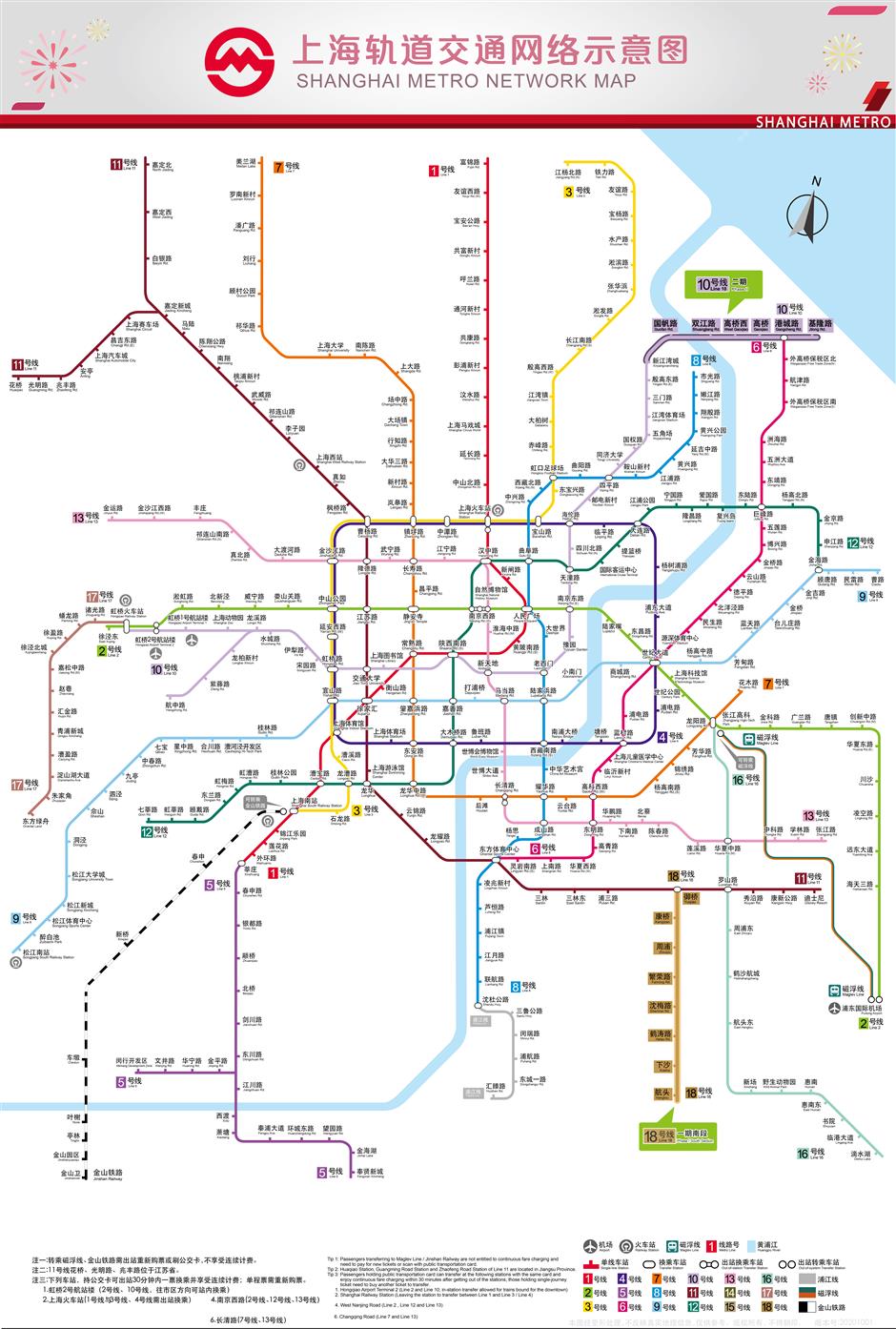