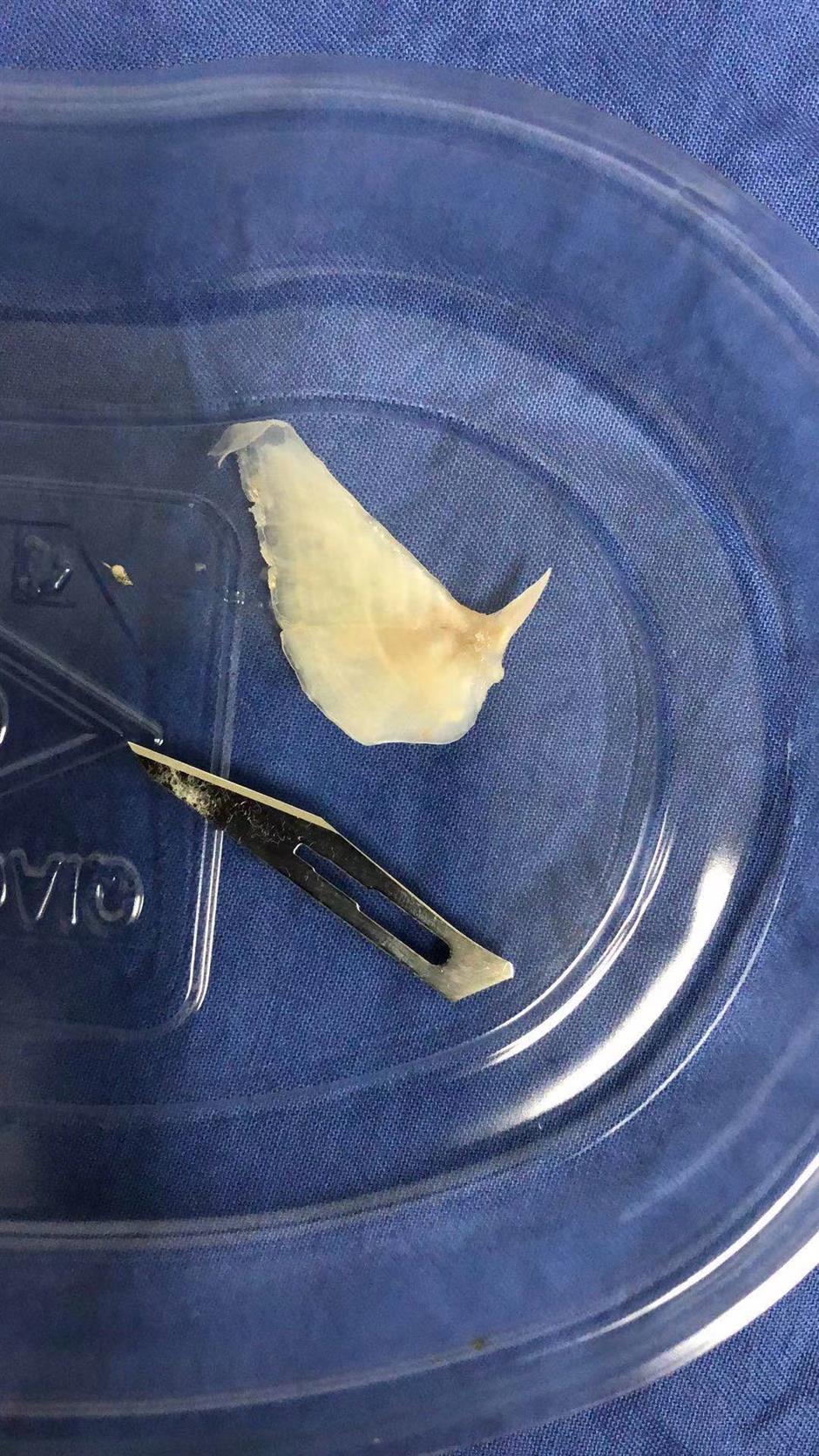 The fish bone removed from the throat of a 64-year-old man.

Doctors have removed a large fish bone from the esophagus of a 64-year-old man, a local hospital said on Tuesday.

He swallowed the bone while having lunch with his family over the weekend. Feeling the bone stuck in his throat, the man surnamed Tang tried traditional means like drinking vinegar to soften and flush it.

In pain and having difficulty breathing, he visited three hospitals before going to Shanghai Renji Hospital.

Doctors conducted a CT scan to locate the bone — which was 4 centimeters long and 2.5 centimeters wide — and used a gastroscope to remove it.

Dr Zhao Xiaojing, director of Renji Hospital’s thoracic surgery department, said people should go to a hospital after swallowing things like fish bones instead of taking matters into their own hands, which can cause more serious consequences.