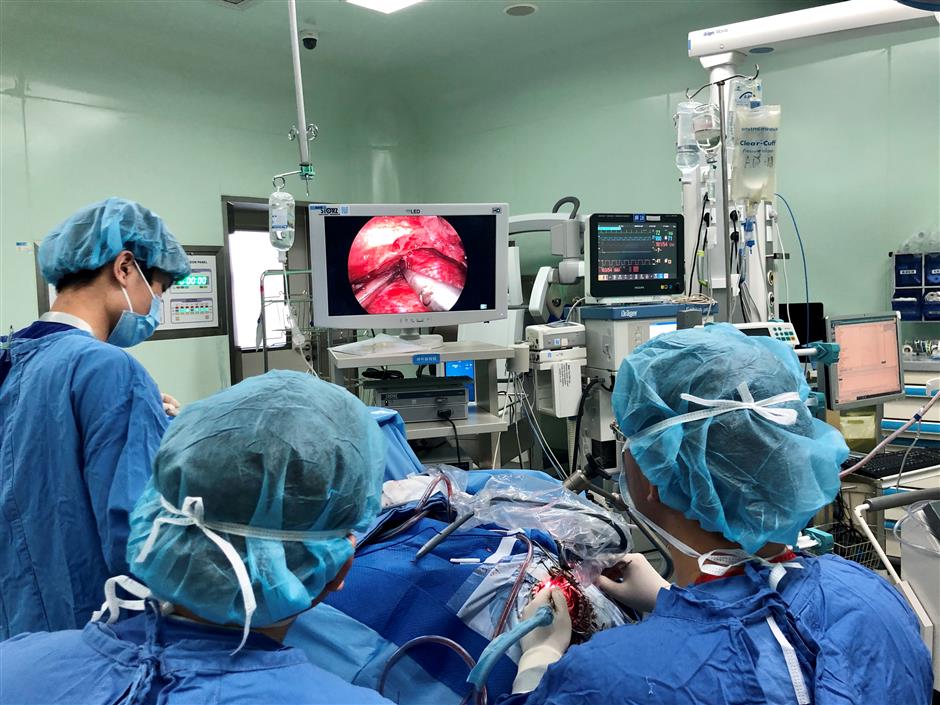 A broken blade from a machine tool has been removed from the brain of a 33-year-old man and the patient is recovering well, doctors from Shanghai’s Renji Hospital announced on Wednesday.

The blade hit him between his eyes while the man was using the tool in processing stone. He was rushed to a nearby hospital in Xiamen in Fujian Province, where it was found the blade had lodged in his brain..

Unable to find a hospital with the capability of removing the object, the patient's family decided on a transfer to Renji Hospital. However, in the two weeks since the accident, the blade had further penetrated the brain by 10 centimeters, risking major nerves, blood vessels and neurofunctional areas.

Doctors decided to use neuroendoscope to remove the blade and protect the patient's brain functions. He is now conscious and his body and language functions are normal. 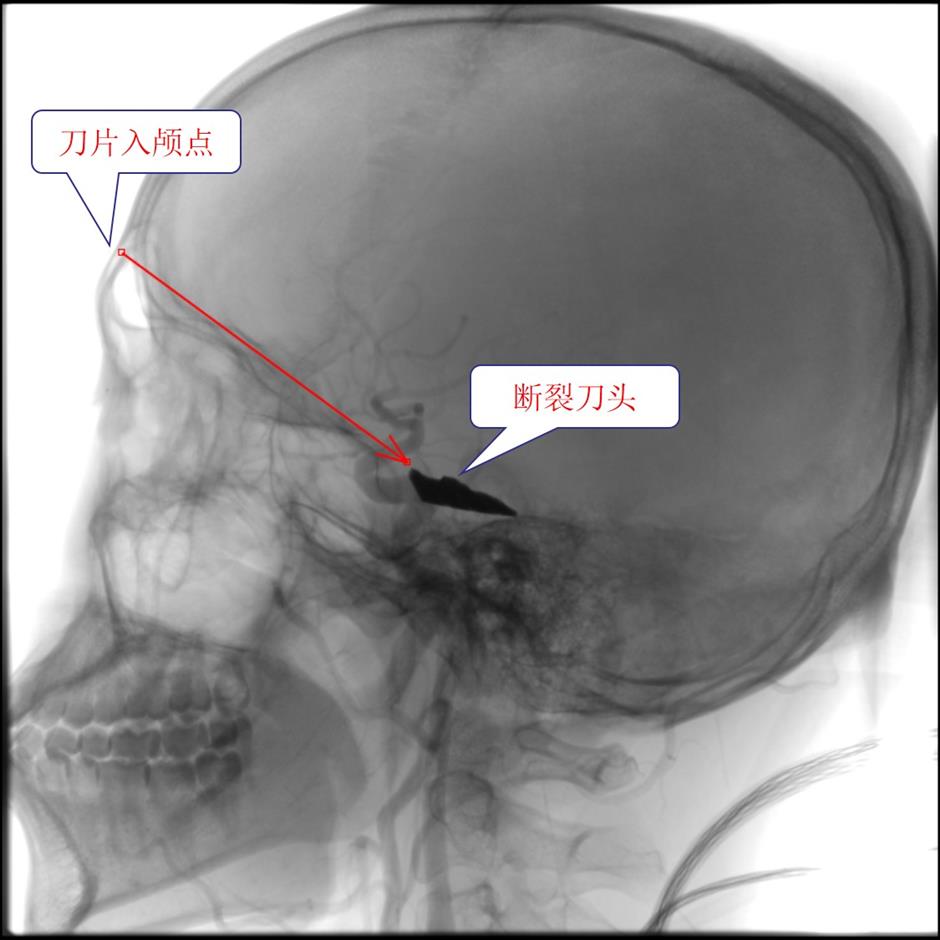 The blade is lodged deep inside the brain. 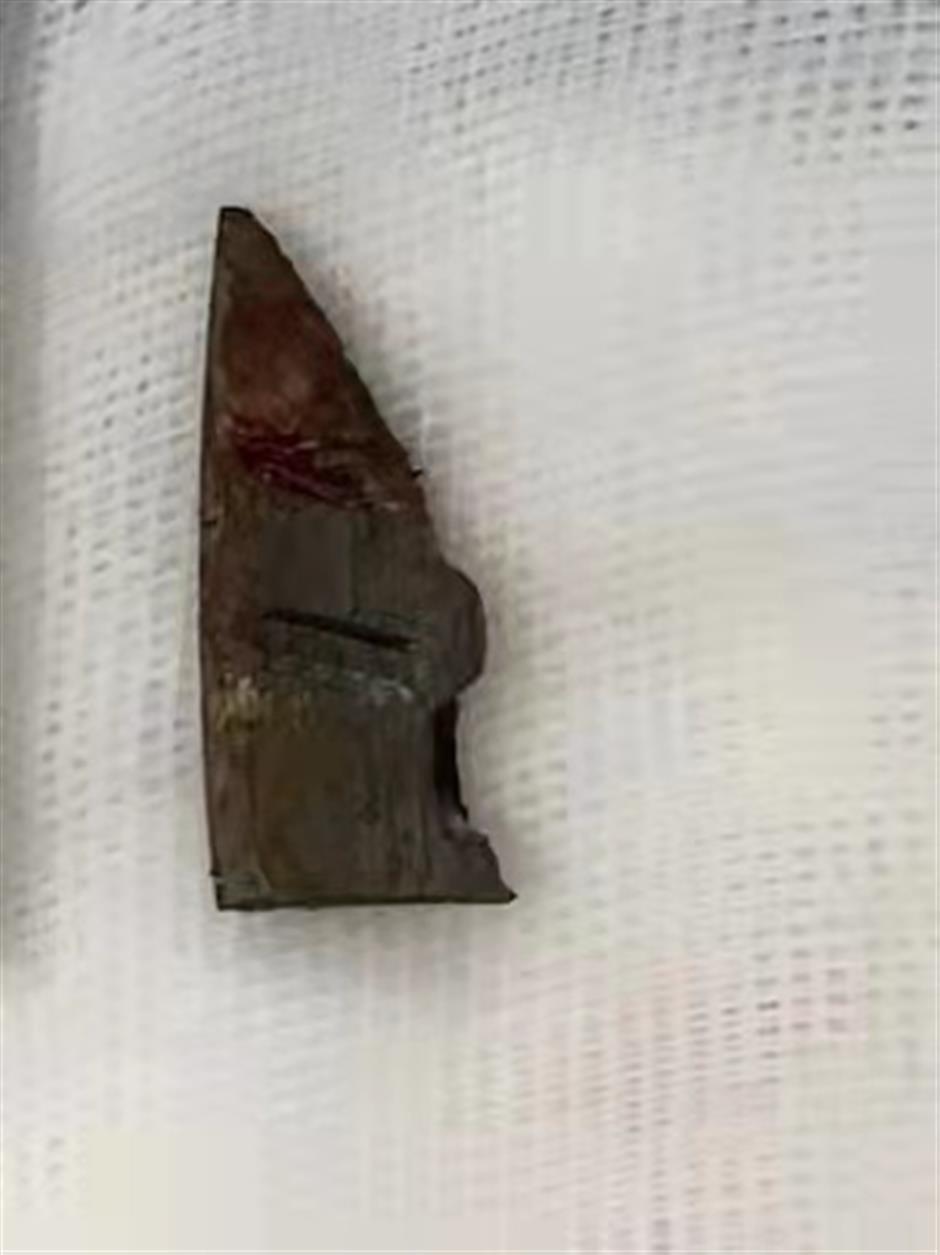 The blade removed from the man's brain.