Topping out ceremony for Disneyland's Zootopia 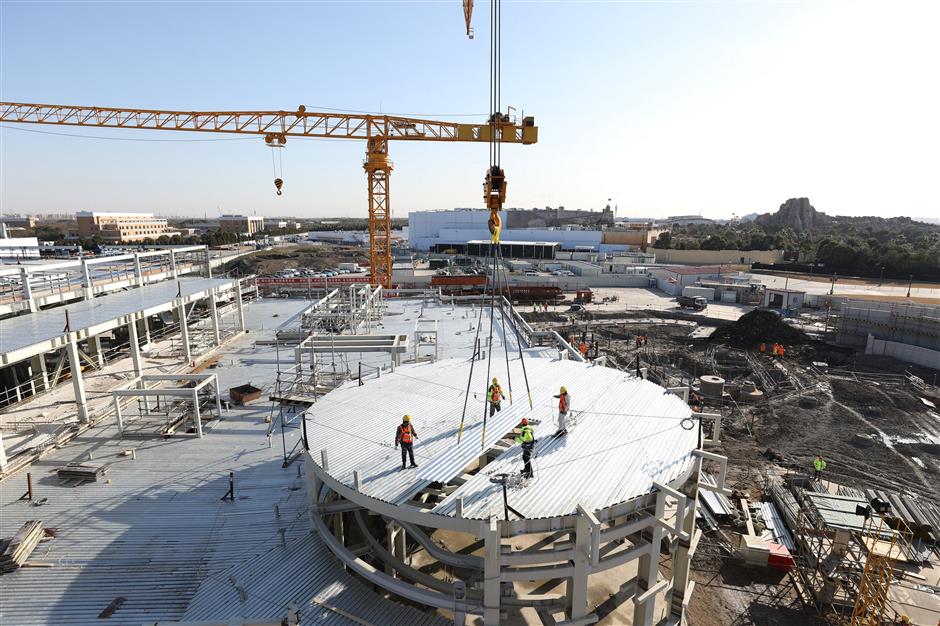 The final steel roof deck of the Zootopia attraction was installed on Wednesday morning.

The final roof deck of Shanghai Disneyland’s Zootopia was installed on Wednesday, marking the topping out of the structure at the park’s newest themed land.

Before installation, the deck was signed by leaders and representatives from the resort, Shanghai Shendi Group and Shanghai International Resort.

The eighth themed land at Shanghai Disneyland, Zootopia is the first of its kind at any Disney Park, featuring a major new attraction said to blend Disney’s storytelling and state-of-the-art technologies to bring the characters in the popular movie to life.

It will immerse people in the mammalian metropolis of Zootopia and invite them to join in an adventure with Judy and Nick, lead characters from the animated movie. 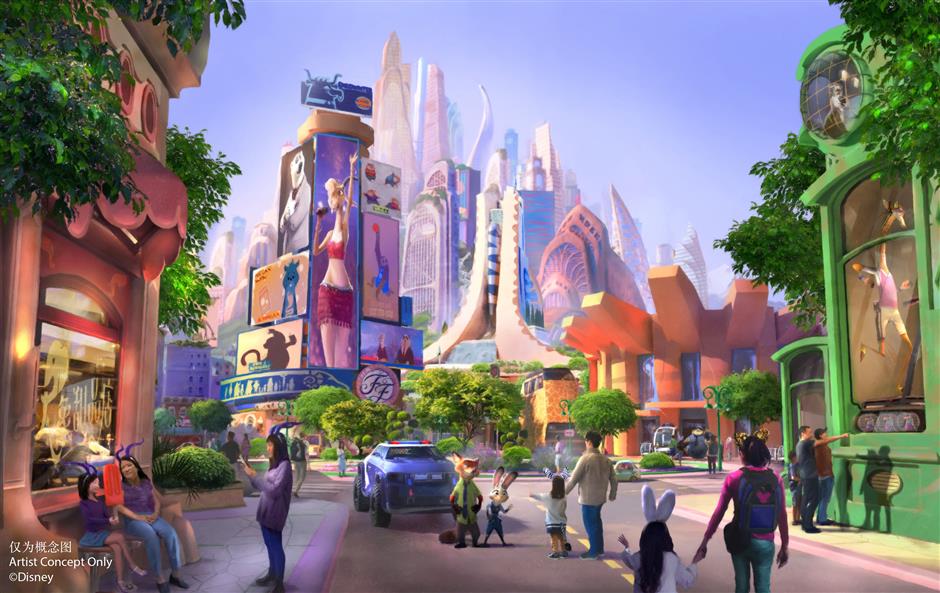 An artist's rendition of the Zootopia-themed land at Shanghai Disney Resort.