Essential services protected from the cold

Infrastructure workers have geared up for the coldness to safeguard the normal operations in the city.

Construction sites, billboards and greenbelts near cables have also been cleaned and strengthened. Anti-freezing methods have also been adopted for fuel and gas devices.

Repair teams have been allocated to fix emergency blackouts for households and companies. Currently, a total of 2,150 examinations have been carried out, with 26 risks eliminated.

The company is reminding residents to be aware of power safety amid cold weather, such as the use of heaters and old wiring. Multiple high-power appliances on the same power bars should be avoided. 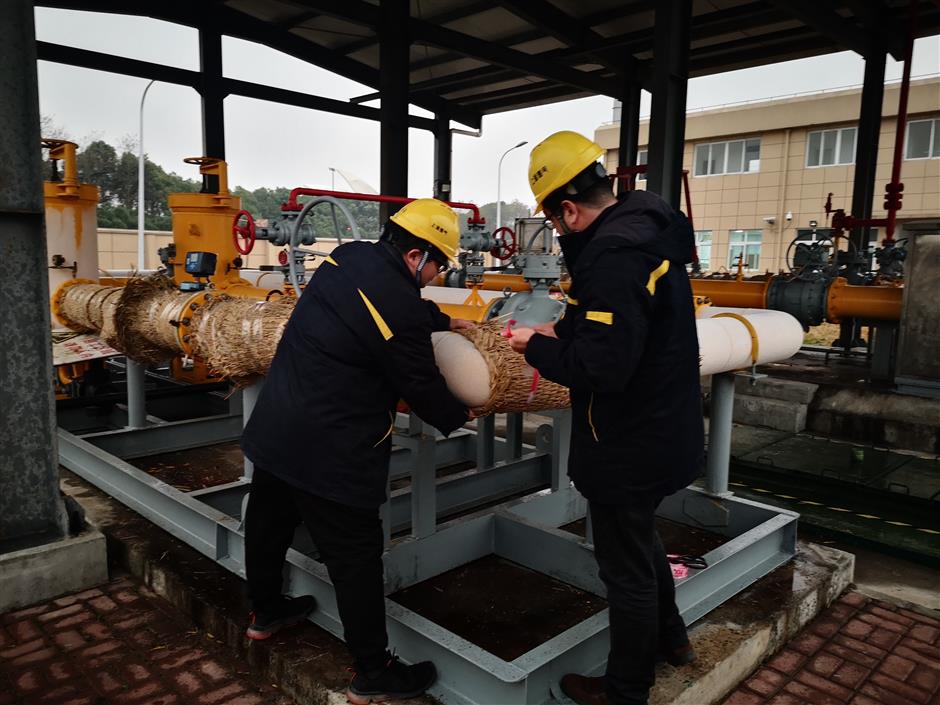 It is expected to surge amid the cold, reaching a daily peak of 48 million cubic meters, according to Shanghai Gas Group.

With storage at Yangshan Port, Wuhaogou Station and elsewhere, it will guarantee gas consumption in the city for 16 days.

Meanwhile, more gas has been delivered to Chongming District to cater the demand in remote areas.

To ensure the safe operation of gas pipes, more inspections have been conducted, with technicians wrapping key pipelines with plastic sponges to preserve the warmth.

Experts remind the public to open windows and doors and turn of the gas immediately if there is a gas leak. Gas equipment should be turned off after use to prevent fire and explosion. Ventilation is necessary, too, despite the cold. Residents can call 962777 if help with gas equipment is needed. 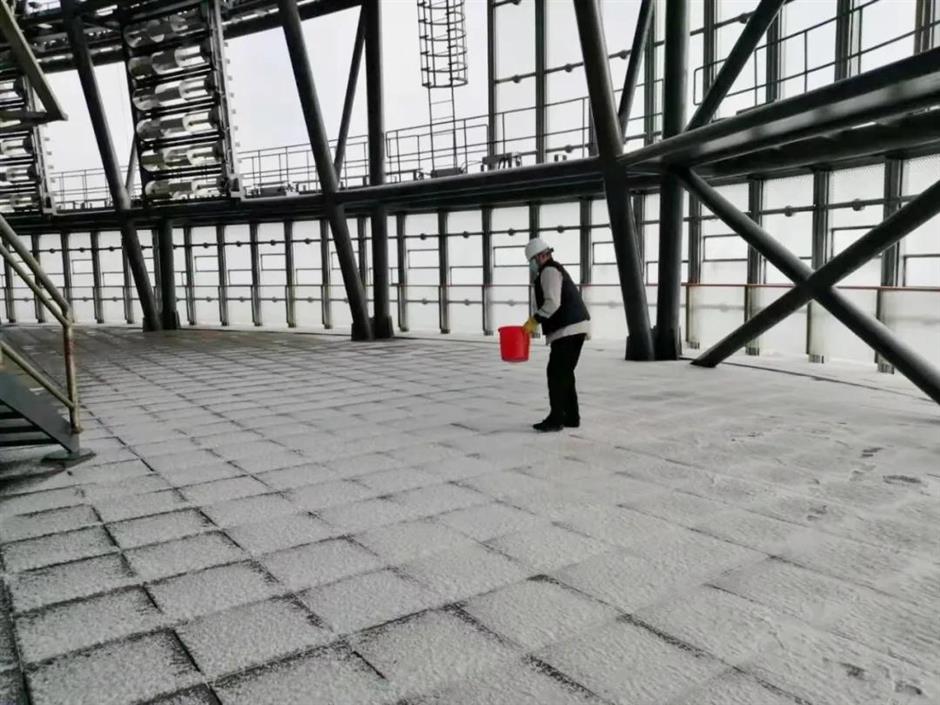 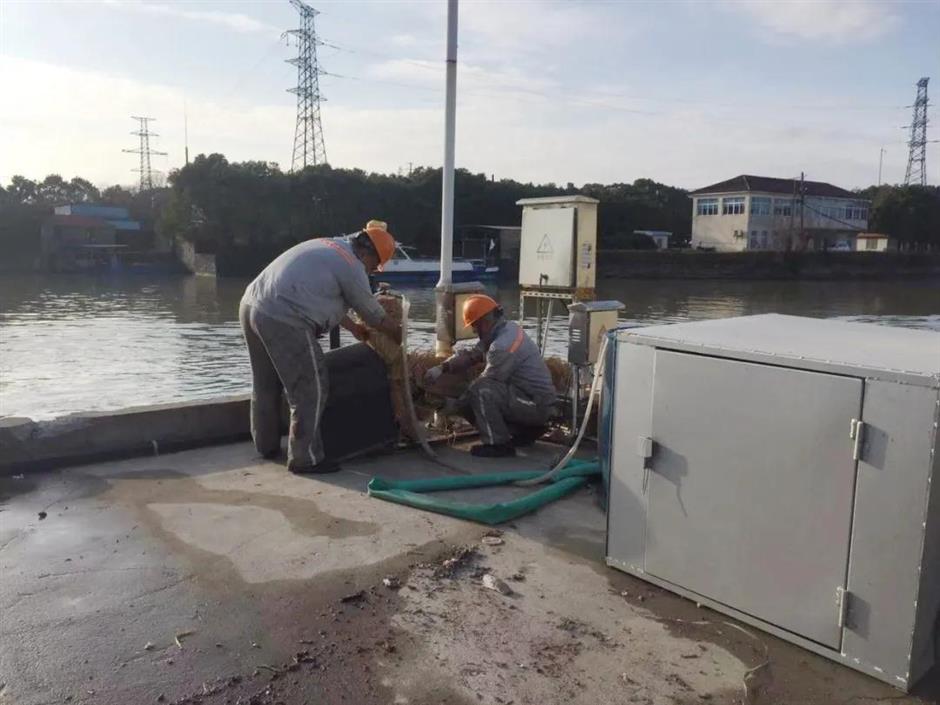 Emergency anti-freezing supplies such as snow remover, industrial salt and sacks have been prepared in advance.

Water pipes have been protected with anti-leakage measures, with standby emergency repair crews allocated across the city.

The antifreeze of garbage retrieval vehicles has also been inspected to ensure the transfer and incineration of waste. 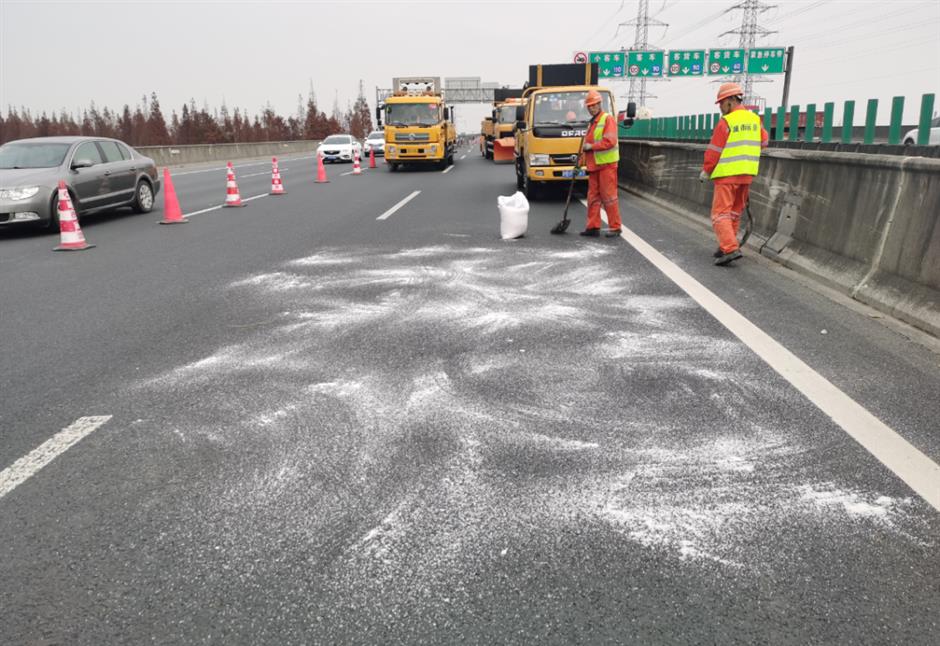