The city’s first orange alert for cold, the highest level, was issued by the weather bureau at 5pm on Wednesday.

As of 8pm, two yellow alerts for road icing and gales were still on the bureau’s website. People are suggested to stay inside and be aware of items being blown down by the wind and ice on the roads. 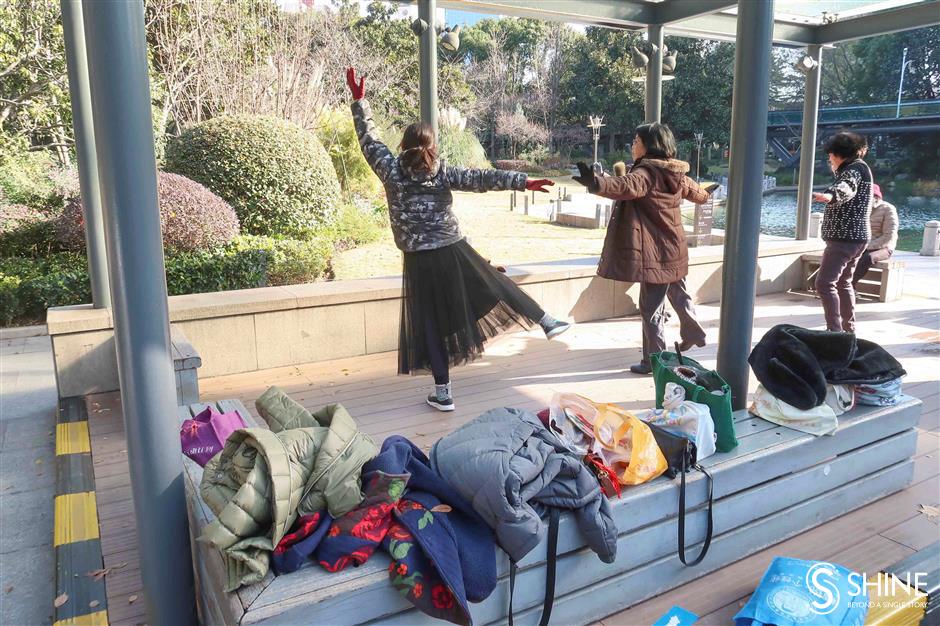 The bureau said the lowest temperature on Thursday will reach minus 6 degrees Celsius with minus 8 degrees in some suburban areas.

Thursday is expected to be the coldest day of the year.

The temperature will rise from Friday, with 5 degrees to 12 degrees on Monday. 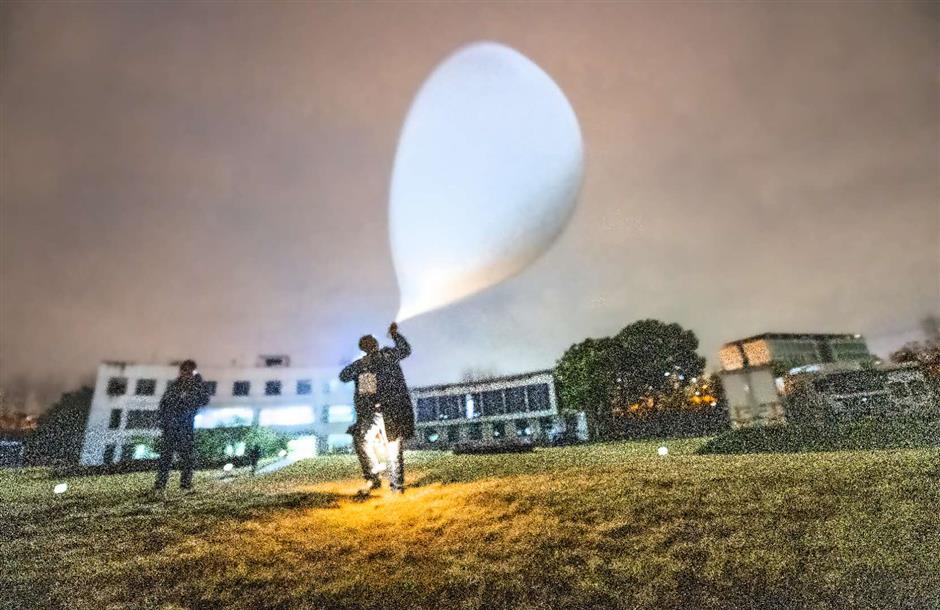 Xia Weizu flies a weather balloon at 1:15am on Wednesday at Baoshan District’s meteorological station.

At 1:15am on Wednesday, a weather balloon with monitoring equipment was flown to a height of over 20,700 meters at Baoshan District’s meteorological station.

It can monitor temperature, humidity and wind direction.

Although data should be collected three times a day, it is difficult to do this job during a cold night with strong wind because the balloon is likely to explode near the ground, a staff Xia Weizu said.

Staff at the local urban management center have been working 24-hour shifts from Wednesday to co-ordinate related departments to dealing with any accidents in Shanghai. Staff at work in the urban management center in Huangpu District on Wednesday morning.

Their work is based on a network connecting with 50 departments such as the city's public security, water and weather bureaus, as well as district-level departments.

Yang Di, a shift leader at the center, said: “The latest information can be received immediately by the system so we can arrange the departments to work together to solve the problems in time.

At 7am, equipment failed on Shanghai Metro's Pujiang Line in Minhang District due to the cold. The speed of all Metro trans on the line was limited and intervals increased.

The system caught the information quickly and several minutes later an emergency meeting was held by the center with the city subway operator Shentong Group and Minhang’s emergency bureau.

The Metro operator explained what happened and worked out a solution with the bureau in minutes. Then, repairs started, while Metro staff controlled the number of passengers at stations and guided them to take ground transportation instead. Two hours later, the equipment was fixed. 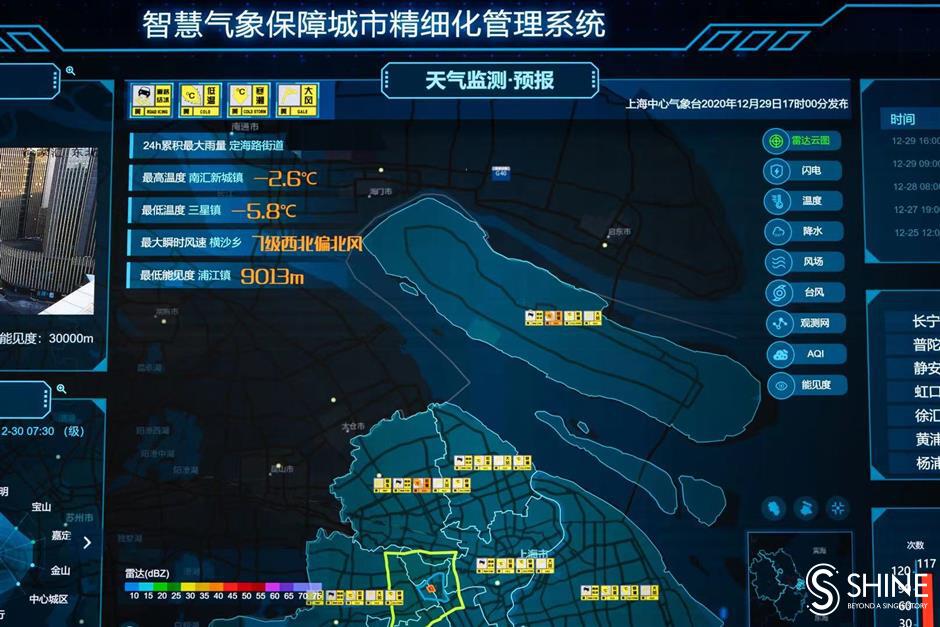 The latest data from the weather bureau is shown on screen at the local urban management center on Wednesday morning,

Hospitals and ambulances were also busy on Wednesday.

As of 11am, Ruijin Hospital's emergency department had received over 310 patients, a significant increase compared with Tuesday. Four patients were injured after falling down on icy roads, one of whom needed surgery.

Many patients were delivery men injured in road spills. Many were still worried about not making their deliveries as they were taken to hospital by ambulances.

Dr Chen Erzhen, deputy president of Ruijin Hospital, said medical staff at the hospital had been on 24-hour shifts and were prepared to deal with a large number of patients.

Between 8pm on Tuesday night and 1pm on Wednesday afternoon, local ambulances have gone into action nearly 800 times.

The center said residents should call 120 for medical emergency help and those who need to leave hospital by ambulance should call 962120 to book a vehicle one day in advance. 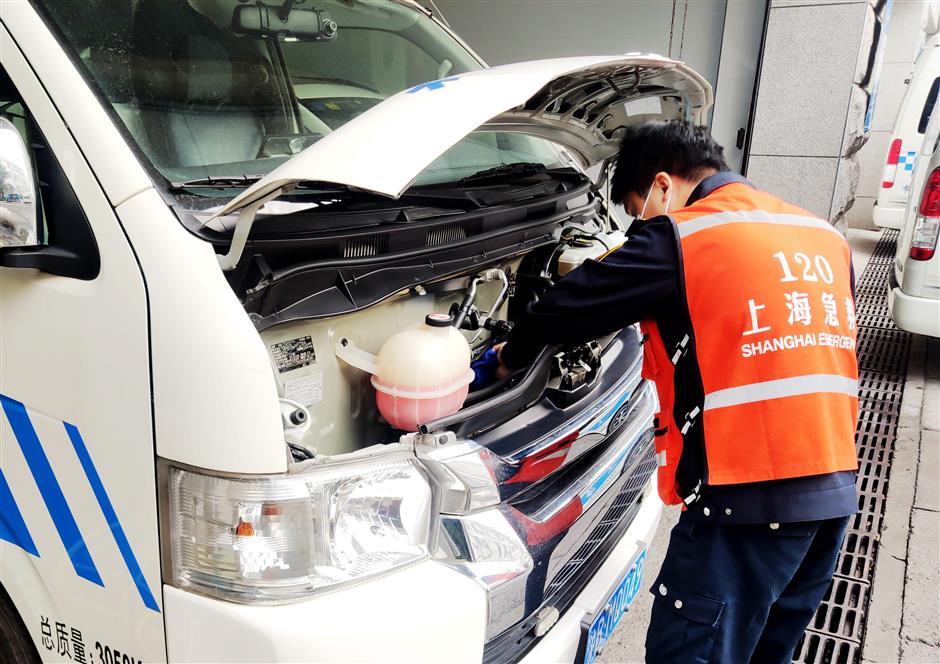 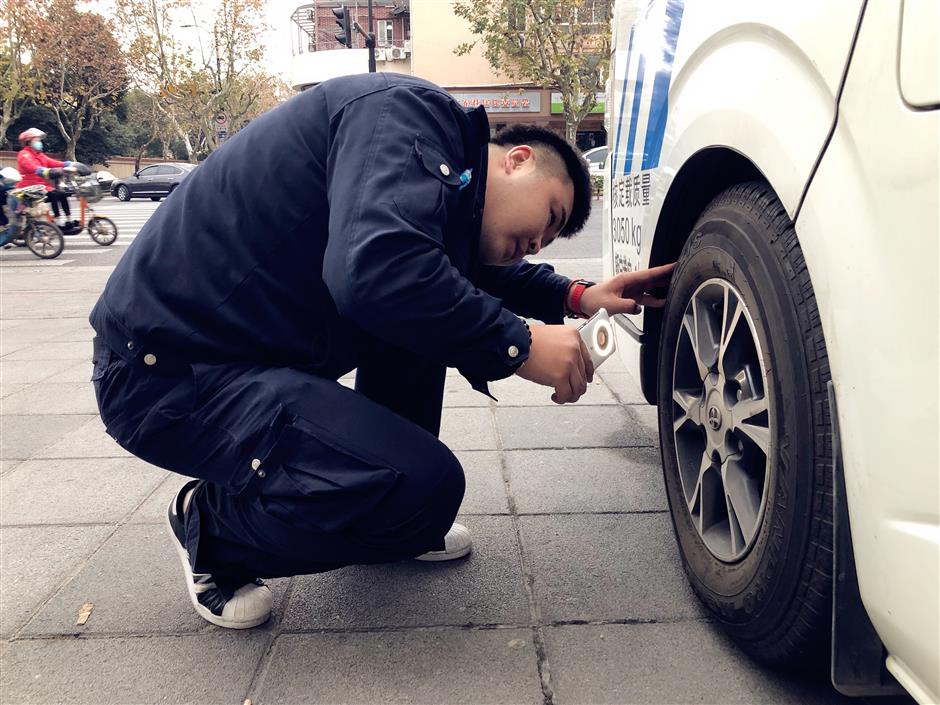 A driver checks the tires of an ambulance. 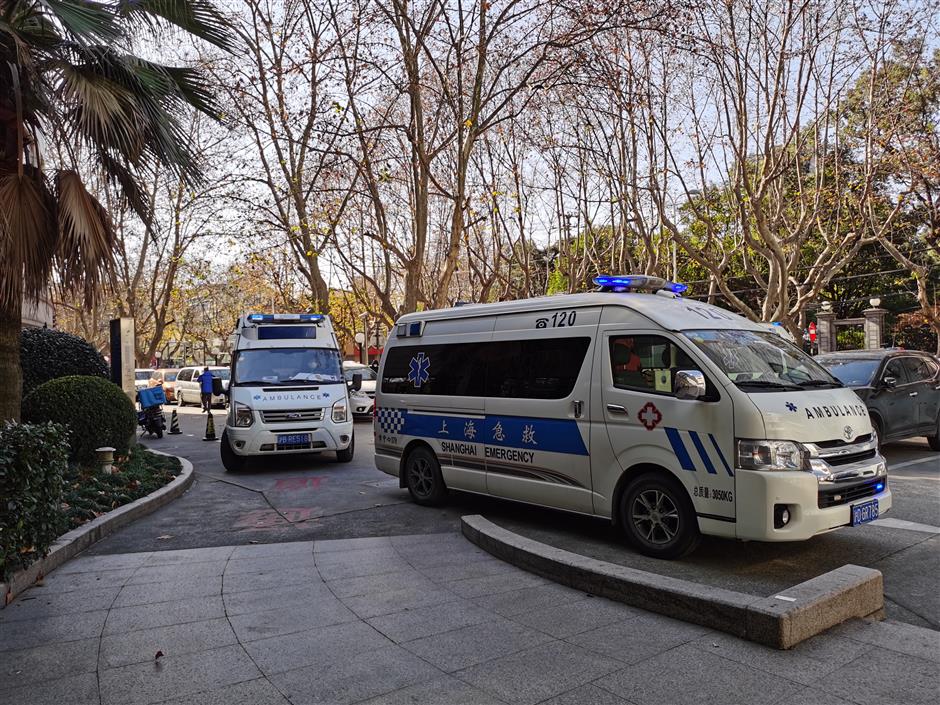 Ambulances arrive at the emergency department of Ruijin Hospital on Wednesday morning.