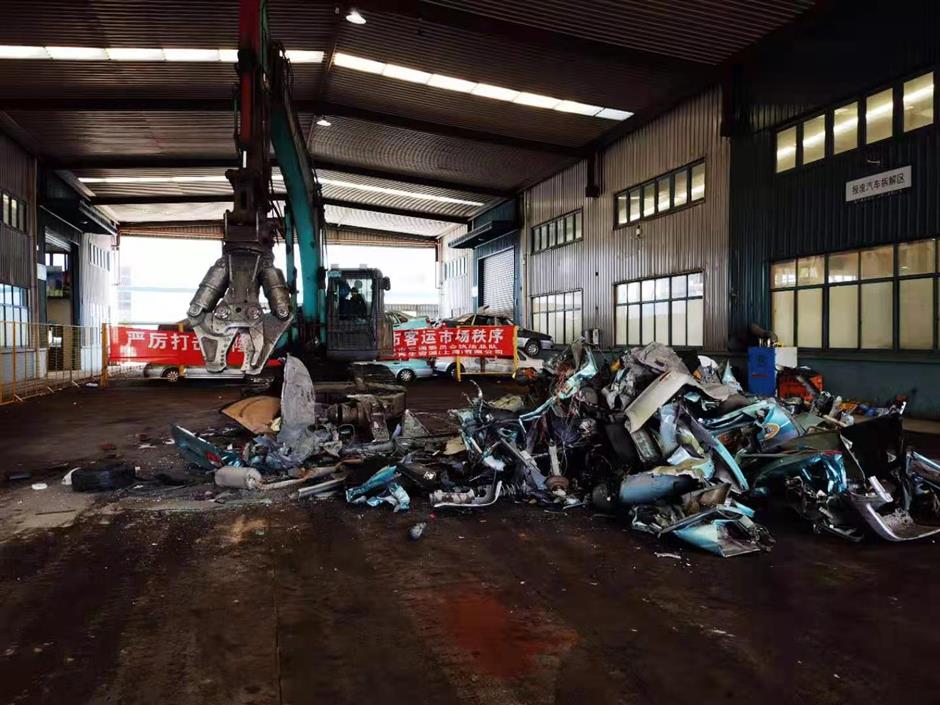 Fake taxis seized by the authorities were destroyed on Wednesday.

A total of 103 fake taxis seized during law enforcement were destroyed at a waste recycling company on Wednesday.

Due to intense crackdown in recent years, the number of fake taxis discovered in Shanghai has been dramatically reduced, according to officials with the city’s transport commission.

Fake taxis are usually retired taxis that are illegally remodelled to look like legal taxis.

Drivers of such taxis, who are not supervised by the authorities because they’re not registered, often issue fake invoices, steal pre-paid transport cards from passengers and commit other crimes against the passengers.