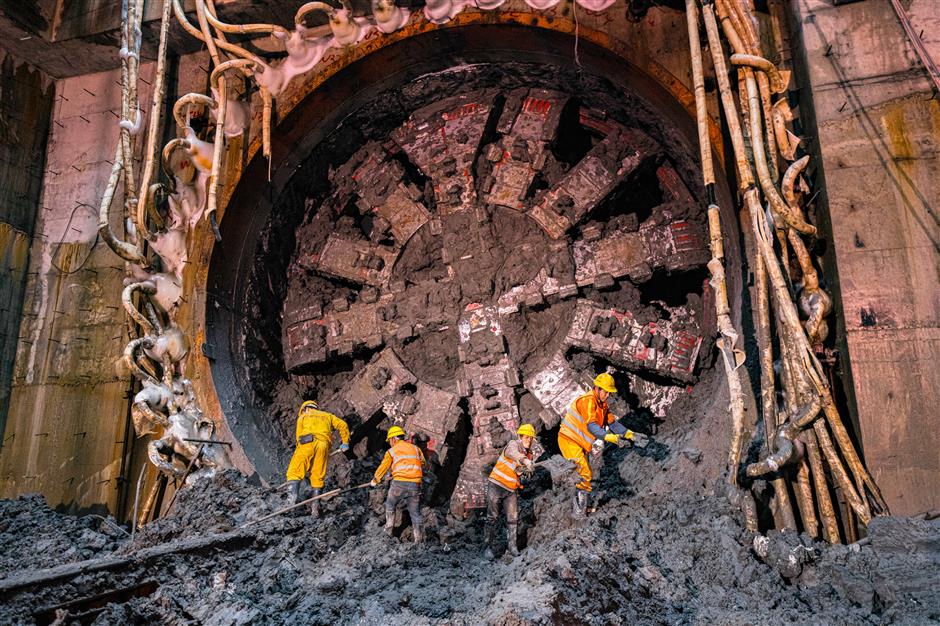 A shield machine pushes through the tunnel of Metro Line 14 on Wednesday.

Metro Line 14 was dug through on Wednesday, Shanghai Metro announced.

The last two shield machines pushed through the part of the line between Yuyuan Garden and Lujiazui stations and that between Jing’an Temple station and the air shaft at Changle Road, the company said.

With that, the line will enter the stage of rail paving, the installation of mechanical systems and station furnishment.

The first of 60 shield machines started to dig underground on the 58-kilometer line in April 2017.

As the city already has a large Metro network and the new line passes through a good part of the central area of the city, the digging of the tunnel was especially challenging.

From the air shaft at Changle Road to the Jing’an Temple station, the shield machine had to make a long way through sandy soil in between Metro lines 12 and 7, and the work was carried out with great care so as to preserve the historic buildings along the way, the company said.

A part of the tunnel between Yuyuan Garden and Lujiazui stations was under the Huangpu River, with the greatest depth of 40 meters a new record for Shanghai Metro. In this part, the shield machine was navigated carefully under historic buildings on the Bund and flood walls on both banks of the river.

Shanghai Metro said the ground sinking as a result from the tunnel digging work was measured at only a few millimeters.

Metro Line 14, running west to east, links Fengbang in Jiading District and Jinqiao in the Pudong New Area. It passes through Putuo, Jing’an and Huangpu districts.

It has 31 underground stations and interchanges with 13 other Metro lines.

There is no date yet for when the line will open. 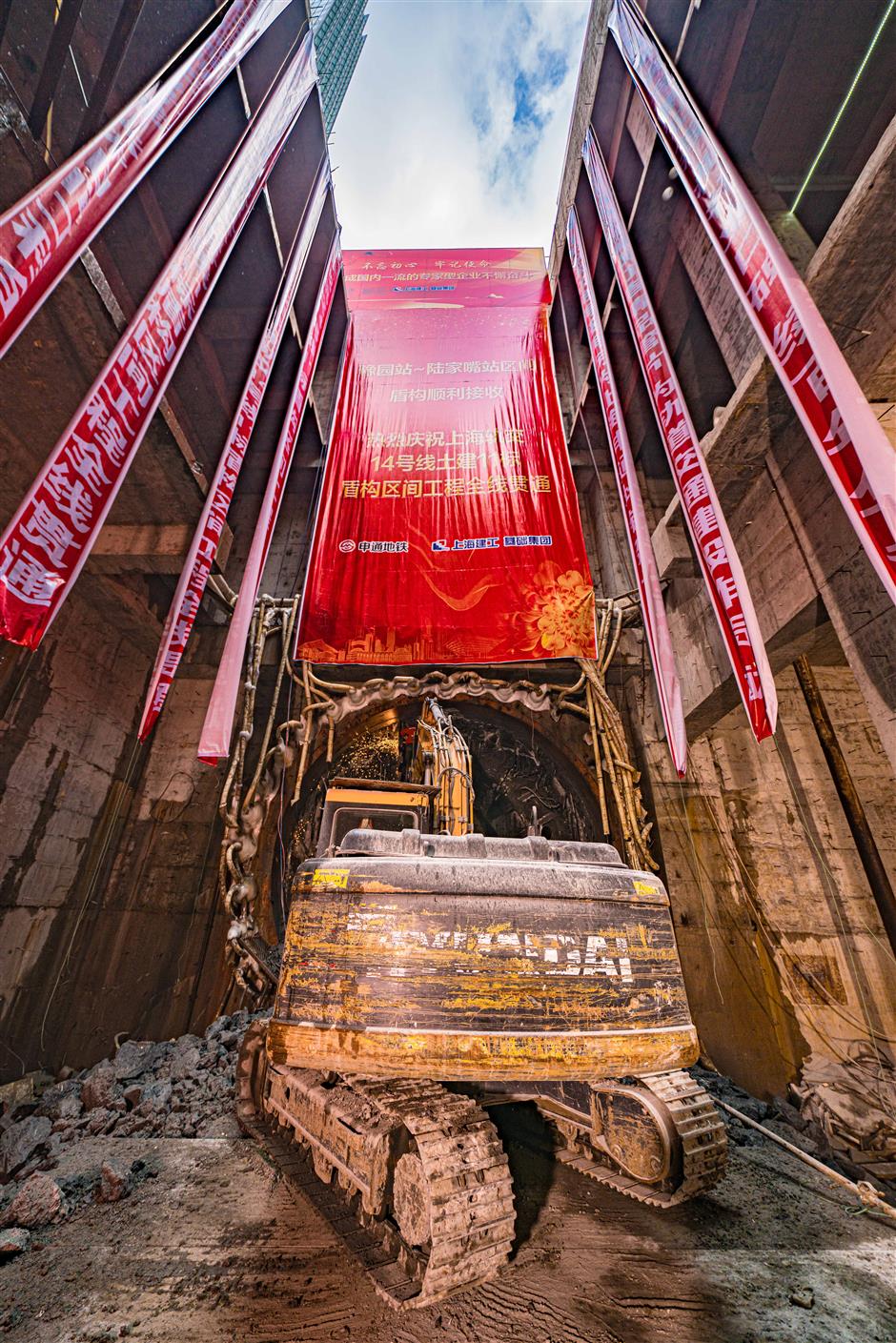 A shield machine pushes through the tunnel of Metro Line 14 on Wednesday.