Volunteers pitch in to make life better for all 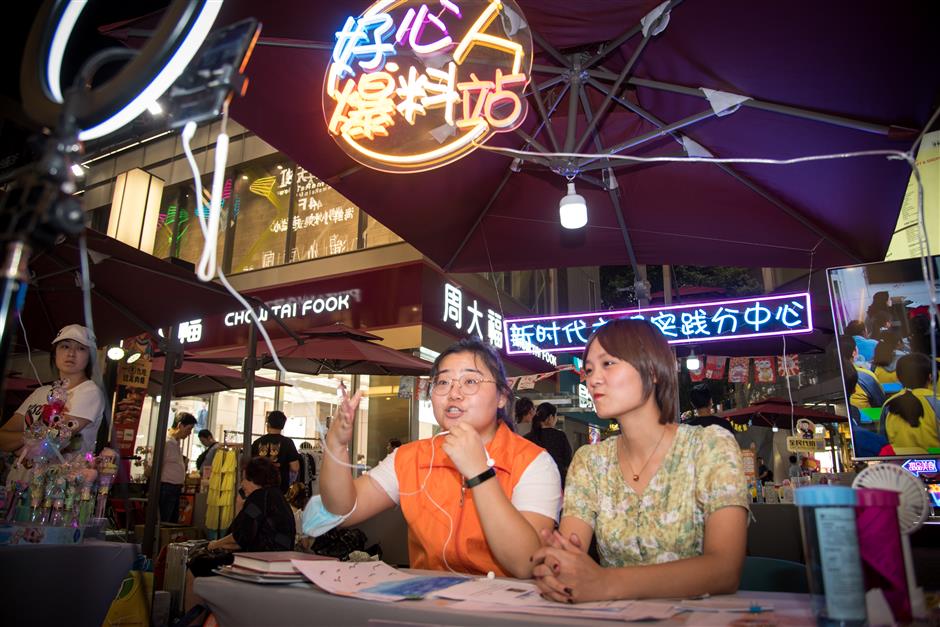 One set in the weekend-only Daningnight fair allows people to scan a QR code to tell heartwarming stories. 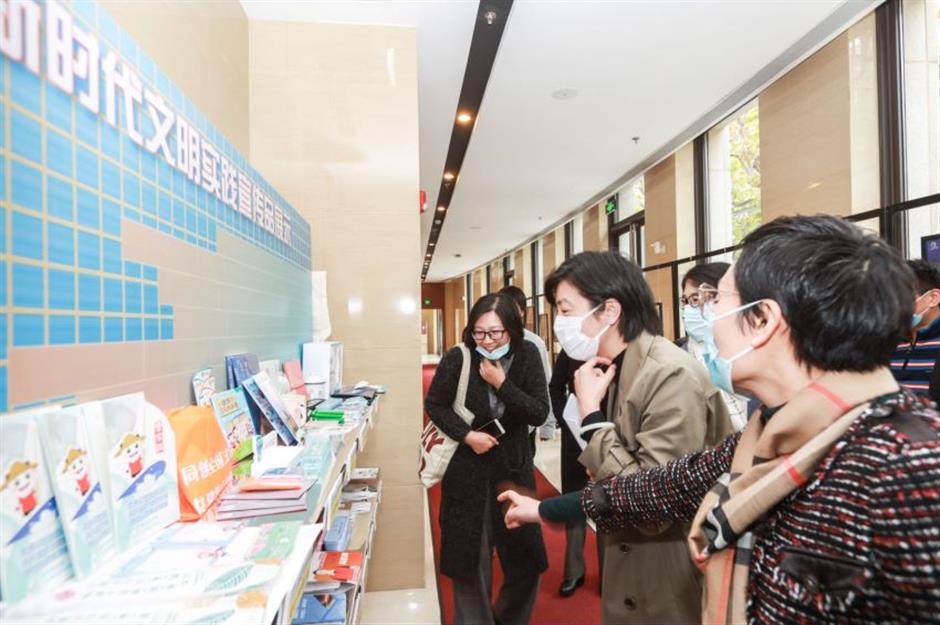 It has one district-level New Era Civilization Practice Center, 14 subdistrict- and township-level centers, as well as 342 stations in neighborhoods, office buildings and commercial areas.

One station built in the Plaza 66 commercial complex has become popular with local retailers and office workers.

According to Qi Weihong, in charge of the station, every one can have their demands satisfied in the station.

“People can scan a QR code to write what they need, such as how to have volunteers registered and rent an event place, and companies can go through administrative procedures,” she said.

“We will provide services based on their needs, including giving lectures to explain their questions.”

The station is more than a place to meet demands. It’s also a place for local workers to have lunch break and read books.

Photos and texts were posted on the wall demonstrating the site’s revolutionary history. “The site used to be the office of the Party’s secretariat and the Shanghai University,” Qi said.

One set in the weekend-only Daning night fair allows people to scan a QR code to tell heartwarming stories and discover good Samaritans.

Also, it launched different activities every Thursday, such as a charity sale, revolutionary class and volunteer recruiting.

According to the subdistrict, they hope to use the popularity of the night fair to encourage more young people to take part in “civilization practice.”

By the end of September, it had received 34 heartwarming stories and recruited 150 volunteers. It has become a popular site.

One is about a group of “water cleanup” volunteers. In 2011, a group of retired residents volunteered to help keep a 1.1-kilometer stretch of the Xujiazhai River in Pengpu Town clean and tidy.

Come rain or shine, they are out picking up trash and reporting illegal dumping to authorities. Nine years on, it’s quite a contrast with the past, when the riverbank was crowded with illegal structures and polluting factory workshops.

Sewage, garbage and industrial waste were poured into the river or piled up on its banks. The waterway was black and stinky. But now that the river and its banks have been beautified, the volunteers are out every day to make sure it stays that way.

Also, it has expanded from just tens of people to more than 500 volunteers watching over 10 riverways.

Now, the station functions as a place for volunteers to have rest and a meal.

Also, residents are allowed to step in to learn the history of Jing’an’s waterways and how they have been cleaned up due to joint efforts.