Winter is here, and it's time for a little TCM care 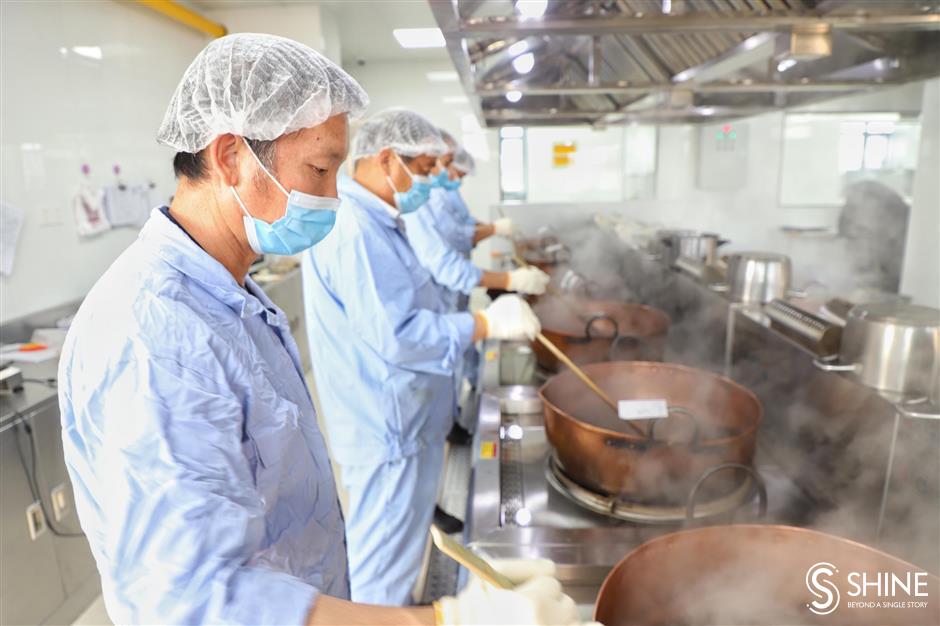 Workers make gaofang at TCM pharmacy chain Lei Yun Shang West. The annual season has come for locals to use the tonic to boost health. 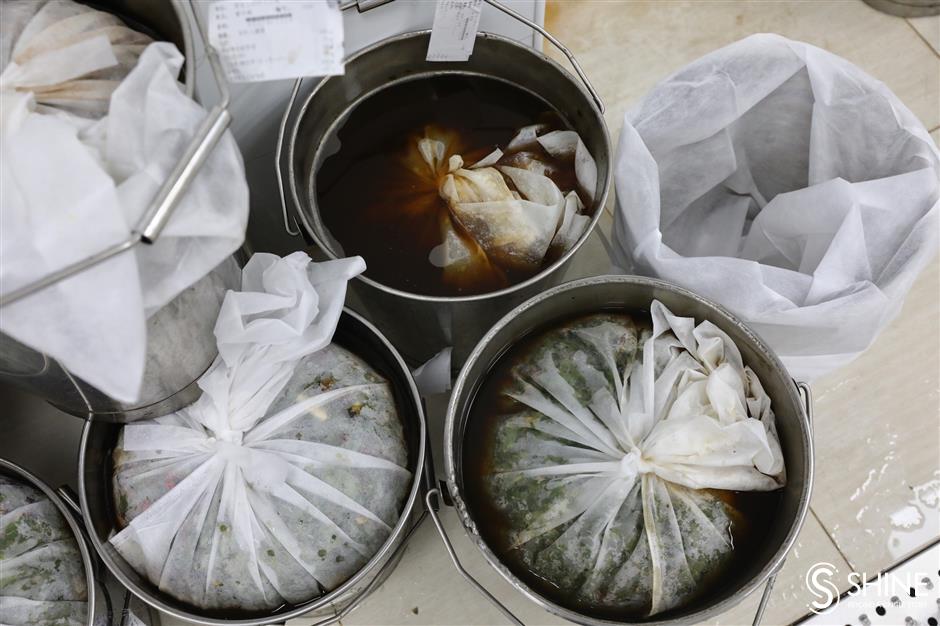 Jing’an-based TCM pharmacy chain Lei Yun Shang West has been popular these days as it’s time to have Chinese herbal pastes gaofang, one of its most famous products.

In China, one popular way to sustain health in winter is to take gaofang. It’s a herbal paste made from condensed liquid herbs and other ingredients.

Some varieties of gaofang are available ready-made, such as the company’s “jam gaofang,” especially designed to cater to the taste of young people.

It mixes herbs with fruits such as pear, mulberry and grapefruit. It can be used as a spread for bread at breakfast — a convenient, quick pick-me-up for those living in the fast lane.

But most people prefer the very traditional personalized gaofang. It’s has been a winter routine for local senior resident surnamed Wang to visit the company’s flagship store on Huashan Road to get his gaofang.

But this time, his gaofang was made in the company’s newly-opened 1,100- square-meter factory in Pudong.

From devices to standards, everything has been upgraded. Workers strictly follow traditional skills to soak herbs, boil and dry the paste.

Modern factory equipment such as UV disinfection lights and monitoring cameras have been installed to ensure safety. Also, both workers and products are required to receive air showers to avoid pollution.

It has also developed an online management platform, allowing managers to monitor everything taking place in the factory via their mobile phones. Every gaofang has its own QR code, by scanning which workers can know every detailed information and what to do next.

Lei Yun Shang West has always been a pioneer.

In 2011, it became the city’s first TCM industrial player to come up with standards for making gaofang by setting up a 670-square-meter workshop.

Traditionally, Chinese people more rely on experience, the opposite of Westerners who believe in numbers. So, traditional Chinese medicine prescriptions usually refer to a few ginseng or some saffron, instead of 1 gram of ginseng or 6 grams of saffron.

This is a unique charm of China, but it also causes some people to distrust TCM. Lei Yun Shang West breaks that stereotype by standardizing the process of making gaofang.

Its innovative and scientific approach has helped it earn official recognition as one of the 66 “Shanghai Brand” certificate owners, 16 of which were announced last Wednesday. It is the only TCM brand to get the honor.