Moments of Jing'an District in December 2020 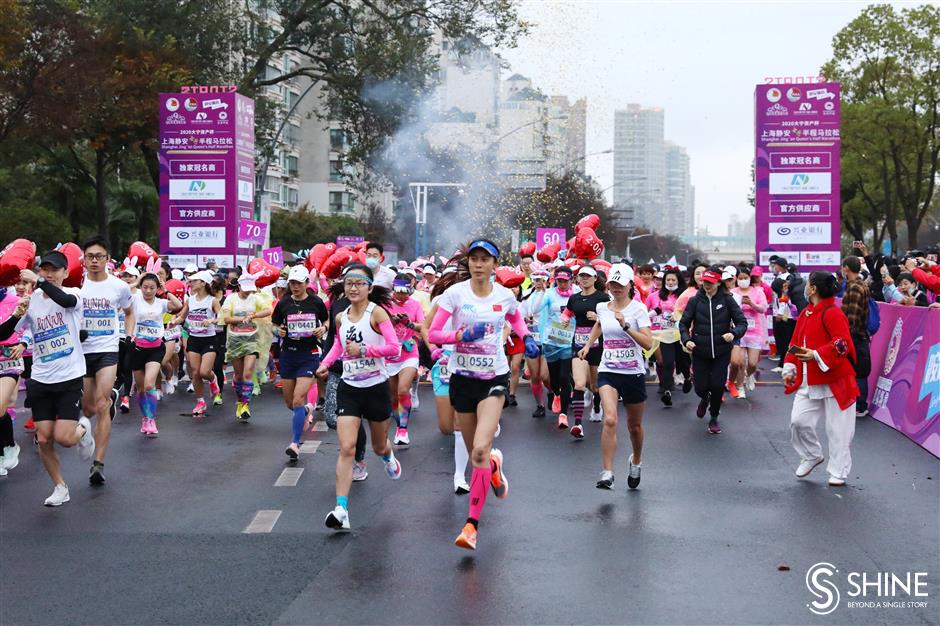 The city’s annual women’s half marathon has returned to Jing’an. A total of 4,800 runners took part in the 2020 Daning Group Shanghai Jing’an Queen’s Half Marathon.

Most runners participated in the 21-kilometer half marathon or the 10-kilometer mini marathon. The rest joined a 4.5-kilometer race with their boyfriends or husbands.

The route showcases many Jing’an landmarks. Runners passed Daning’s iconic commercial complexes such as the Daning Music Plaza, an eSports hub on Lingshi Road and a film industry park, as well as popular photo-taking sites in the Daning Park.

As the city’s top women’s running event, it has been held in Jing’an for three consecutive years.

“We started as a 10-kilometer mini marathon in Daning Park. Last year, we combined with the park’s annual tulip expo, allowing runners to run through the well-arranged tulip blossom fields,” said Yu Biao, director of the Jing’an Sports Bureau.

“This year, we expanded the event to the whole Daning area by adding the half marathon.” 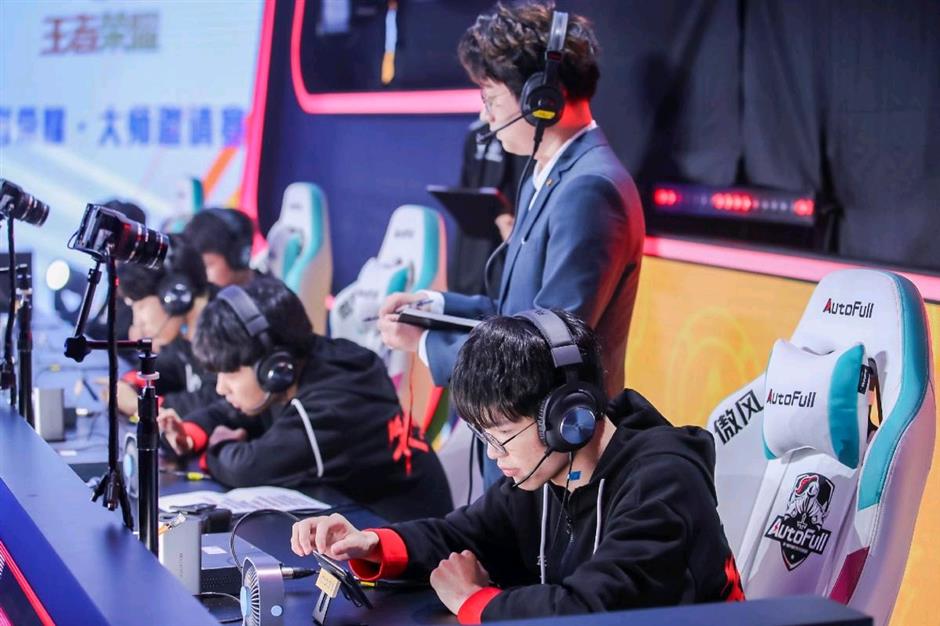 eSports stars battle it out

The 2020 eSports Shanghai Masters kicked off at the Jing’an Sports Center this month.

This year’s event introduced online formats to help cater to some players who couldn’t make it to the scene due to the COVID-19 pandemic.

The Shanghai Masters is Shanghai’s home-grown eSports brand, helping the city shape its status as the capital of China’s eSports industry.

It debuted last year in Jing’an, home to a cluster of industrial leaders and players.

In the first 10 months, tax revenue from eSports in Jing’an saw a double-digit growth. 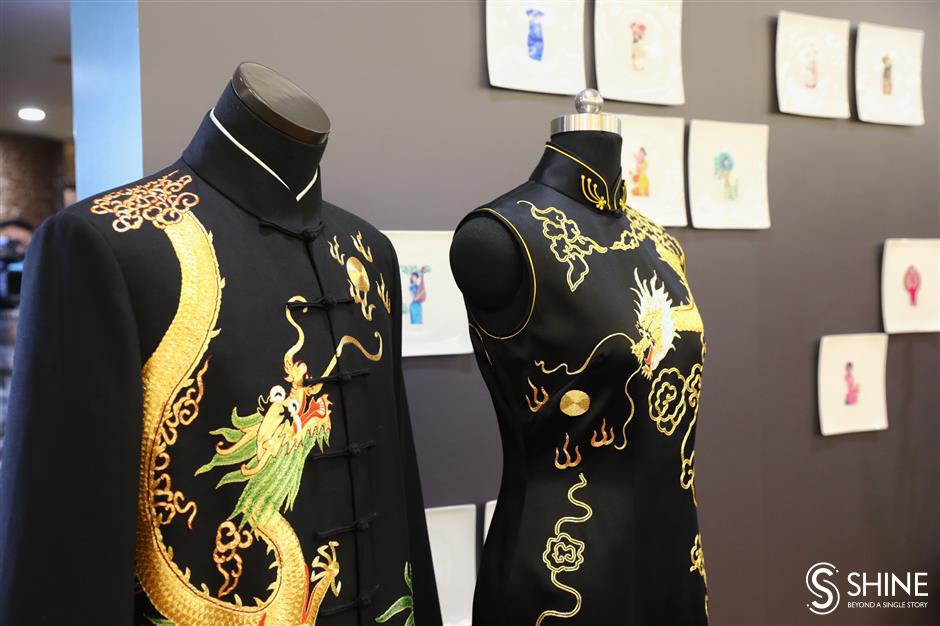 Kaikai Group has presented a floating cheongsam show on the Huangpu River, inviting people to enjoy the charm of traditional Chinese clothes and beautiful night views on both sides of the river.

Models presented sixty cheongsams, mostly from Kaikai’s Longfeng cheongsam brand, in the catwalk show on a cruise ship. Also, a mini-museum of the 84-year-old Longfeng qipao was set up, displaying its heritage-listed cheongsam-making skills such as rolling, engraving, embroidery and drawing. 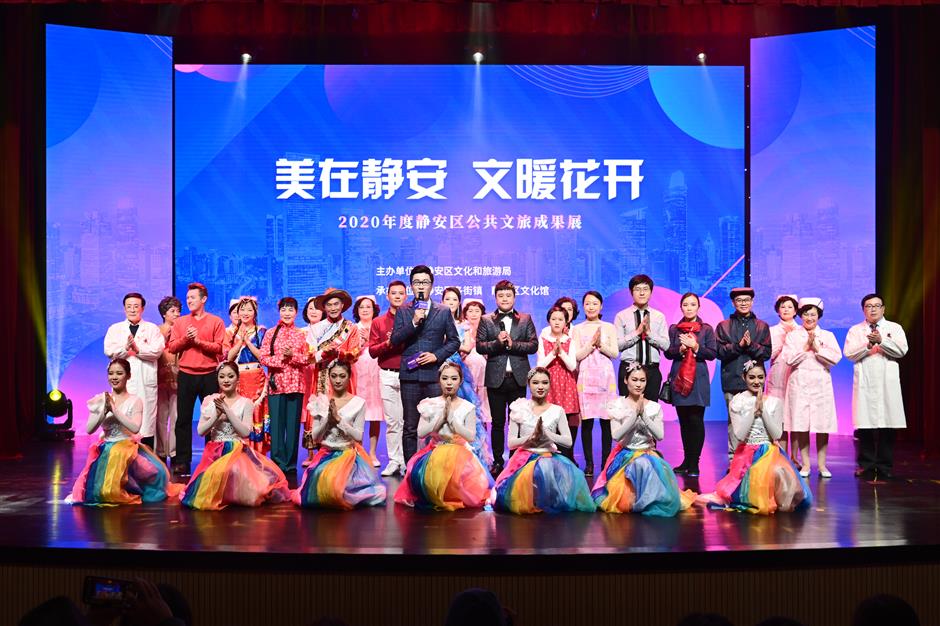 A district of high culture

This month, Jing’an has recognized 10 top cultural events and figures for the year of 2020.

They include the family drama festival, the art exhibition of Finnish artists and the tulip festival in which the flowers were sent to front-line workers.

In particular, Beizhan Subdistrict has formed a strategic cooperation with Douyin (known overseas as TikTok) to promote its history and culture. Now, it has nearly 15,000 followers on Douyin, after posting videos of children’s Peking Opera performances and telling stories behind local buildings such as the Sihang Warehouse and site of China’s first modern chamber of commerce. 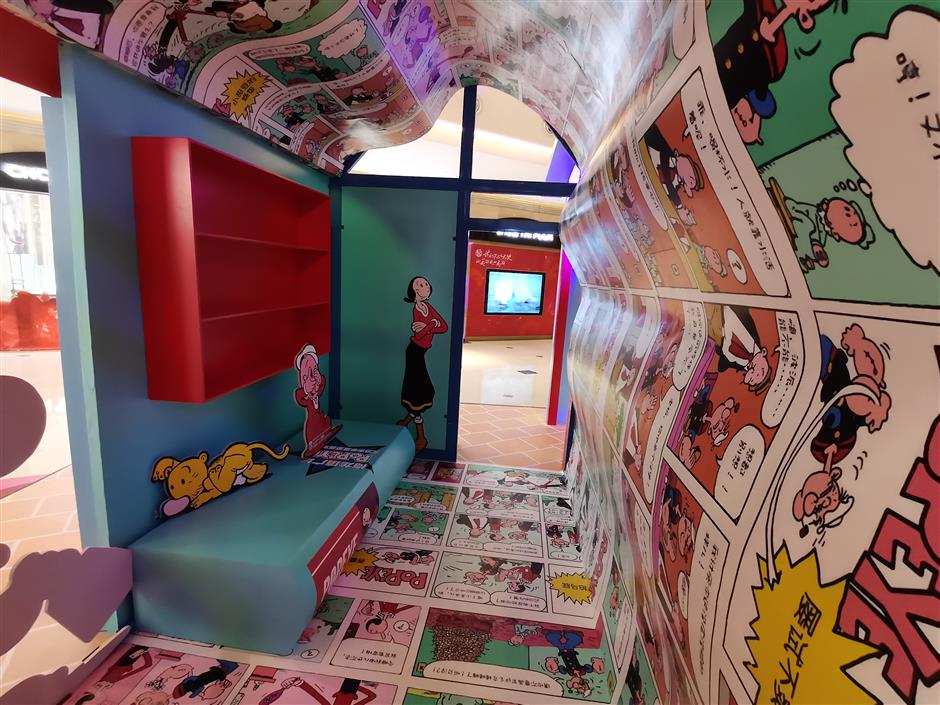 An exhibition of popular cartoon figures such as Popeye the Sailor has kicked off at the Westgate Mall, and will run through January 3.

The highlight is a 12-meter-long ice sliding board which allows customers to experience the charm of winter without going to cold places.

There are also statues of Popeye, Oliver, Bluto and other figures from the popular cartoon for people to take photos of, along with a variety of interactive activities.

As Popeye loves spinach, a special spinach fair is running at the same time, showcasing the world’s best spinach products and gifts. The former Shanghai home of Chairman Mao Zedong has refreshed its permanent collection to provide new insights for visitors and commemorate the 127th anniversary of his birth on December 26.

The site at 120 Maoming Road N. in Jing’an District was where China’s former leader lived with his family from June 1924 through the end of that year, his longest stay in the city.

It launched a major upgrade introducing 34 new exhibits ahead of the anniversary. New exhibits include an excerpt from a letter written to Mao by his wife Yang Kaihui, a pioneer in promoting women’s liberation. However, he never had the chance to read it.

The memorial has also set up a souvenir store selling creative products based on local “red” history, such as bookmarks printed with Jing’an’s “red” sites and silk kerchiefs. 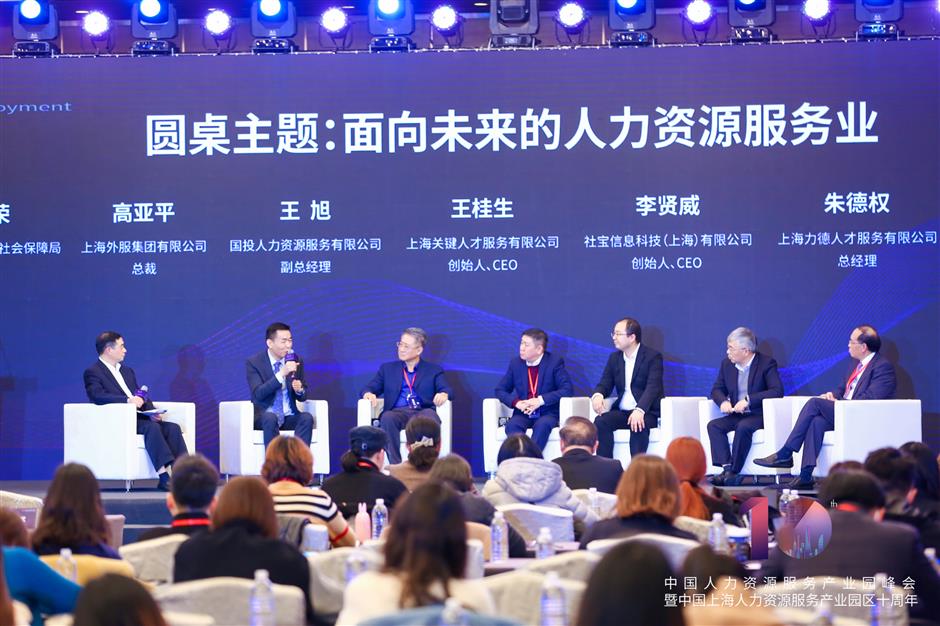 The China Shanghai Human Resource Service Industrial Park in Jing’an celebrated its 10th anniversary this month by holding a summit.

At the summit, it released 20 measures aimed to innovate schemes to streamline administration, bring in more talent, enhance financial support and optimize government purchases of services.

Now, the park has brought together 362 human resources service agencies such as Randstad, Manpower and Heidrick & Struggles. In 2019, they brought in tax revenues of 1.2 billion yuan (US$183 million) — a year-on-year increase of 30 percent.

It has played a leading role in the city’s human resources service industry. In 2019, the city brought 221,000 high-end talent professionals and experts.