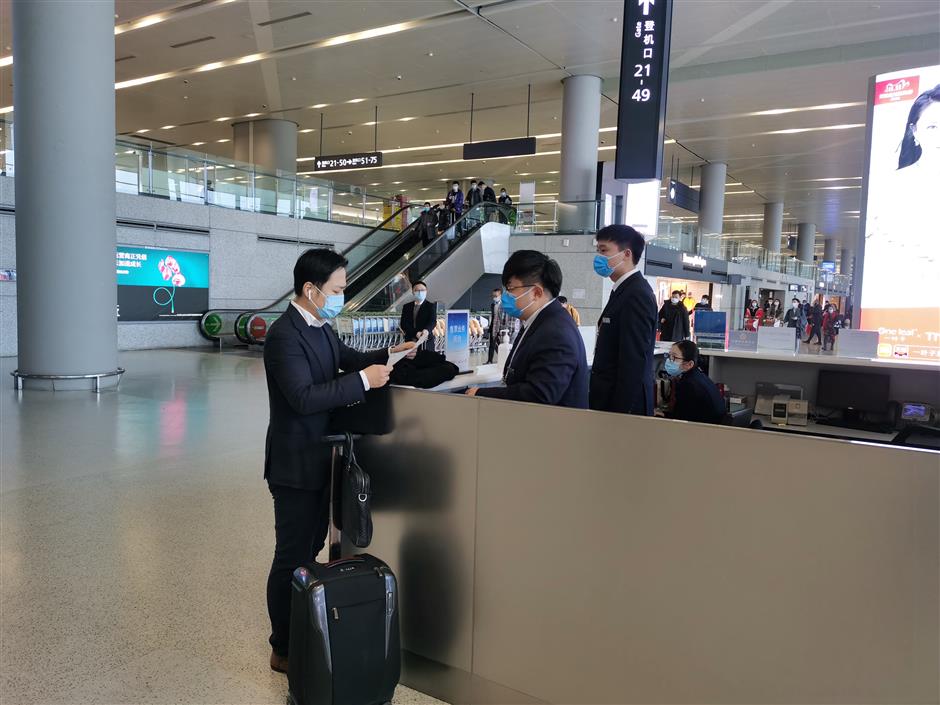 A traveler rebooks his flight at the new ticket counter in the boarding hall at Hongqiao International Airport's T2 terminal.

With the launch of China’s first ticket counter within a boarding hall, travelers at Hongqiao International Airport can now change or rebook tickets without going through security a second time.

Previously, travelers who had to change their flight tickets at a boarding gate had to return to ticket counters and go through security checks again.

According to statistics, there are nearly 1,000 China Eastern passengers every month who have to change their tickets after going through security, and the rebooking process took at least an hour.

Travelers who arrive at boarding gates two hours earlier can rebook their tickets on earlier flights at the counter.

The counter is part of the airline's effort to develop a “smart travel” service for passengers.

In another first, the carrier launched a self-service luggage check-in facility in section C of Hongqiao's T2 terminal where passengers can check in luggage by themselves and pay for overweight baggage using their phones. 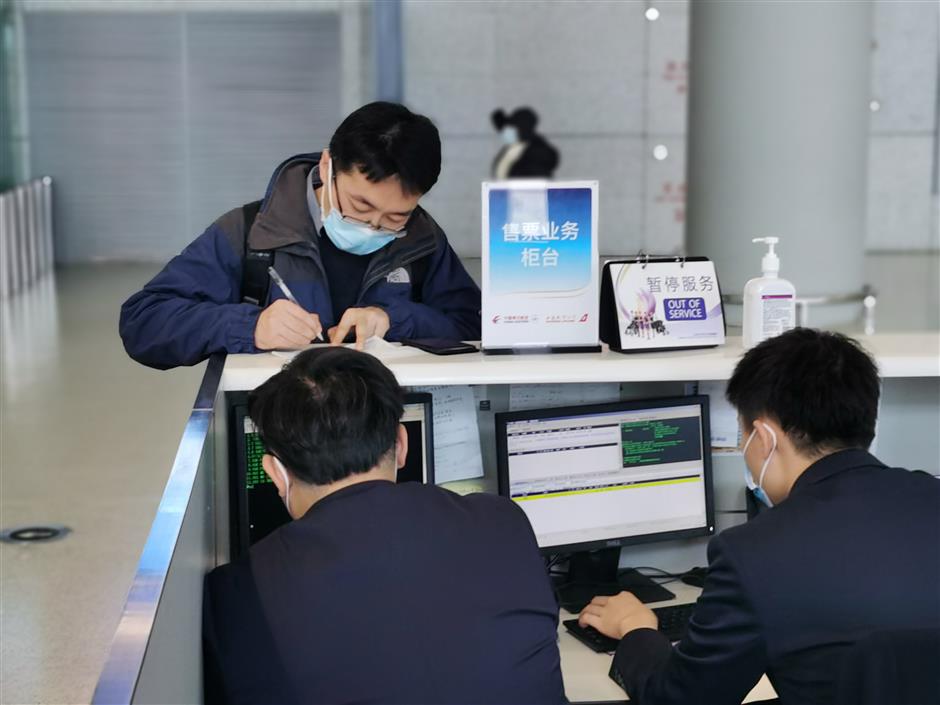 Travelers who arrive at boarding gates two hours earlier can rebook their tickets on earlier flights at the counter.