Millions take the train during the holiday 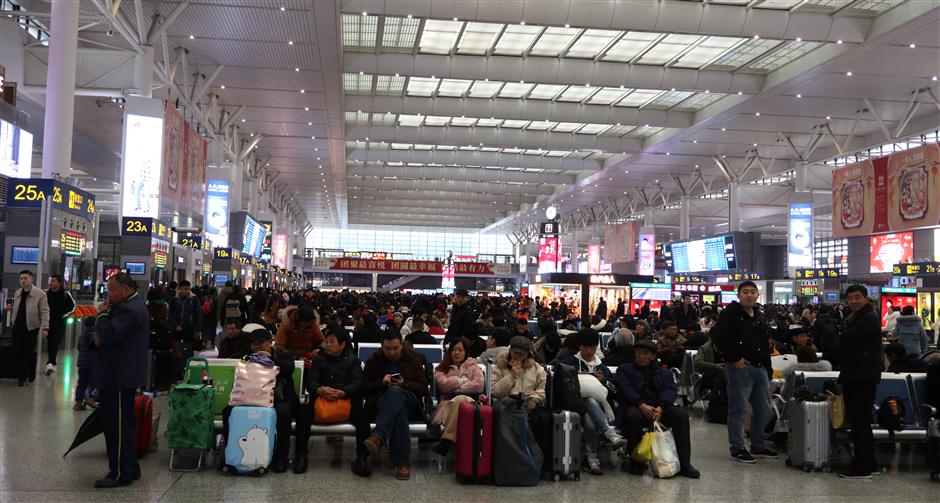 Passengers waiting at Shanghai Hongqiao Railway Station during the holiday.

An attendant arranges luggage on a train from Hangzhou in neighboring Zhejiang Province during the holiday.

More than 7.8 million railway trips were made in the Yangtze River Delta region during the New Year holiday between December 31 and January 3, accounting for 23 percent of the nation's total holiday rail traffic, China Railway Shanghai Group said on Monday.

The 7.844 million trips was up 4.2 percent from the same period last year, the group said.

The peak days were on December 31, January 1 and 3, all with over 2 million passengers.

An extra 390 railway trains were put into service in the region to satisfy the growth in holiday demand, the group said.

Stations in the region took strict ant-pandemic measures, including temperature checks and enhanced disinfection and ventilation. 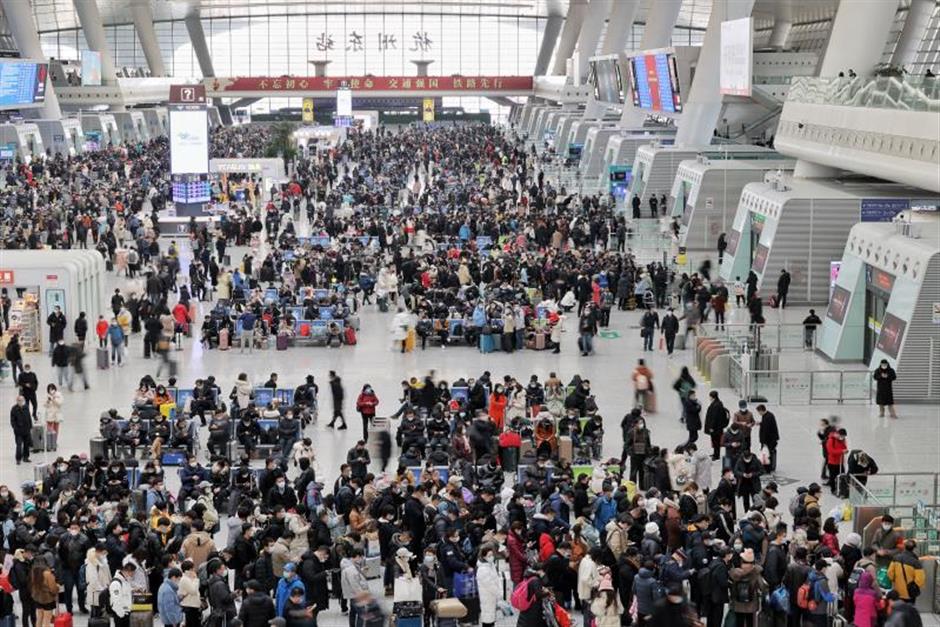