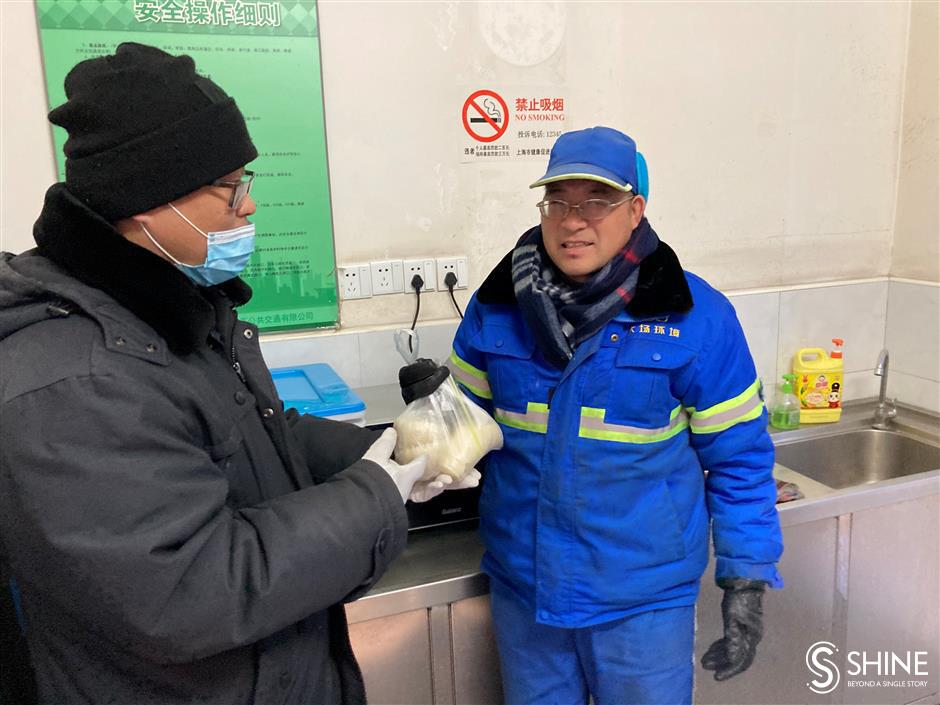 Street cleaner Tu Mingliang receives breakfast at the bus station near where he works.

The city's bus stations have set up care service rooms amid the freezing weather.

Such rooms have been set up at stations across the city including Route 187, 46 and 78.

Tu Mingliang, a street cleaner at Wuwei Road E. and Zhenjin Road in Baoshan District for more than four years, said he often comes to a station on Route 78 to take a break after a morning’s labor that starts at 4am.

At first he didn’t know about the room, until Chen Ji, a worker at the terminal station, spotted him eating breakfast on the street.

“Our first bus shift starts from 4:30am and sometimes I saw them wandering on the streets,” said Chen Ji, who is responsible for bus lines of the station. “They don’t want to be intruders, so I will invite them inside.”

Chen said he had persuaded many of them to drop by for a rest with the help of Tu. 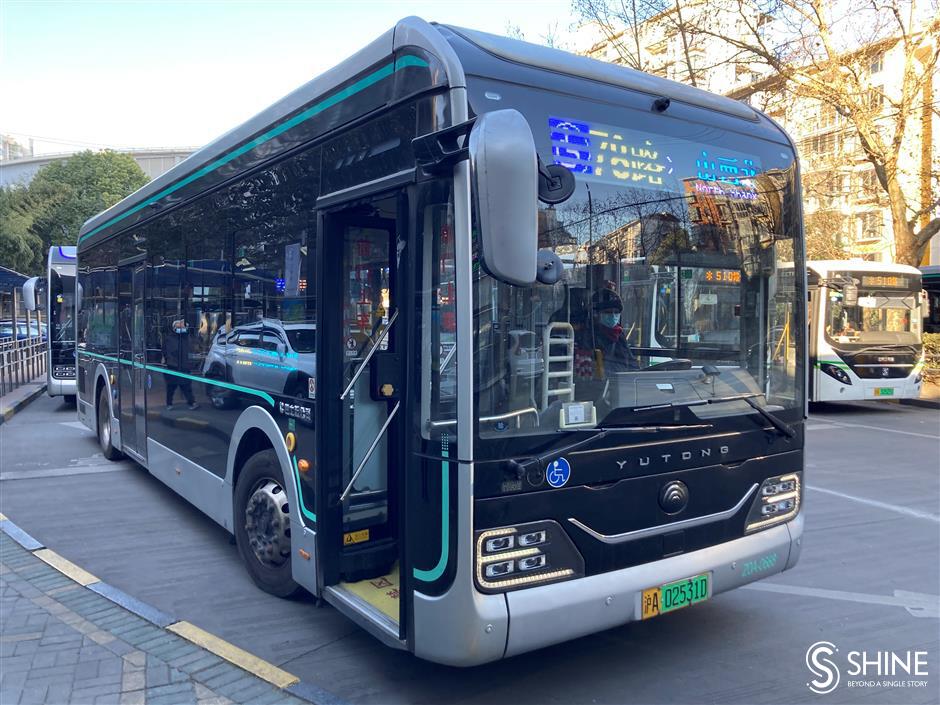 The morning schedule of Bus Route 78 starts at 4:30am every day. NEV buses have to have their batteries and charging carefully checked in cold weather.

“We usually are responsible for cleaning the same streets, so it’s lucky for me to have such a place nearby,” said Tu.

“At first not many people know about here,” said Chen. “But gradually delivery men would also come to fill their water bottles or take a nap.”

According to Jiushi Bus Group, a total of 38 stations are in the area. Terminal stations with ample space and facilities are usually chosen to provide the service.

To safeguard the operation of electric buses during the cold front, vehicles have to be charged for at least six hours at night and warmed up early in the morning.

“Drivers and other workers here have been working overnight since the last swing of cold air,” said Chen.