Staff at a Metro station in suburban Pudong had a surprise when they came across a peacock one night, the Metro police said on Friday.

Staff at the Huinan Station on Metro Line 16 found the bird hiding in the roof structure of the elevated station, probably taking shelter from the cold, police said.

They managed to get it down from the roof and took it to a warm room before contacting the police.

The peacock is now in the care of the Shanghai Wild Animal Park.

Shanghai Metro told Shanghai Daily that they had no idea how the peacock had got up there. 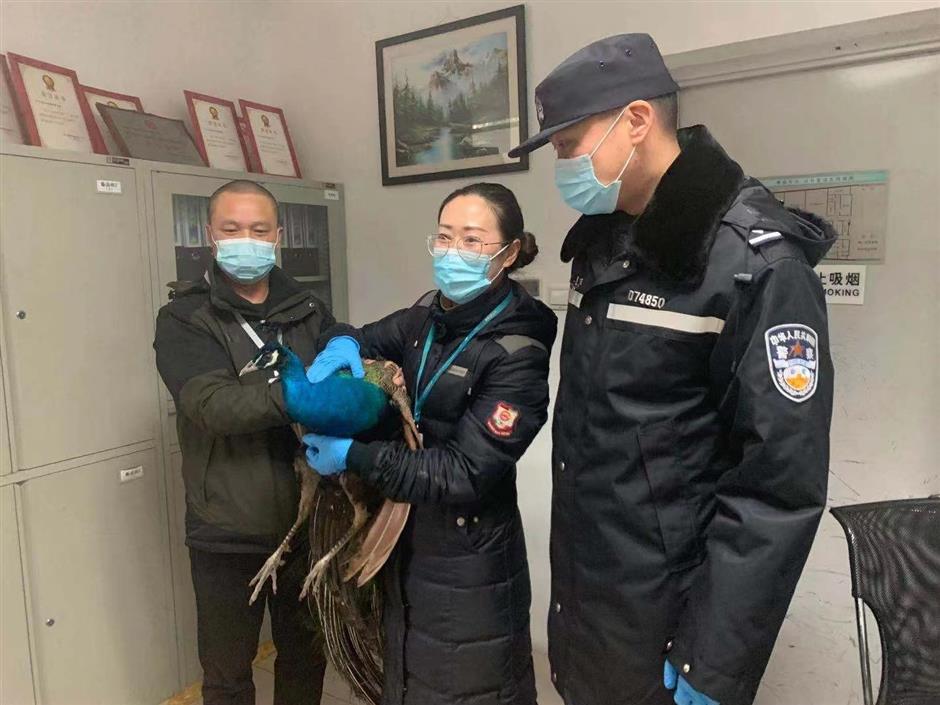 The peacock is taken to a warm room after it was removed from the roof and is now in the care of the Shanghai Wild Animal Park. 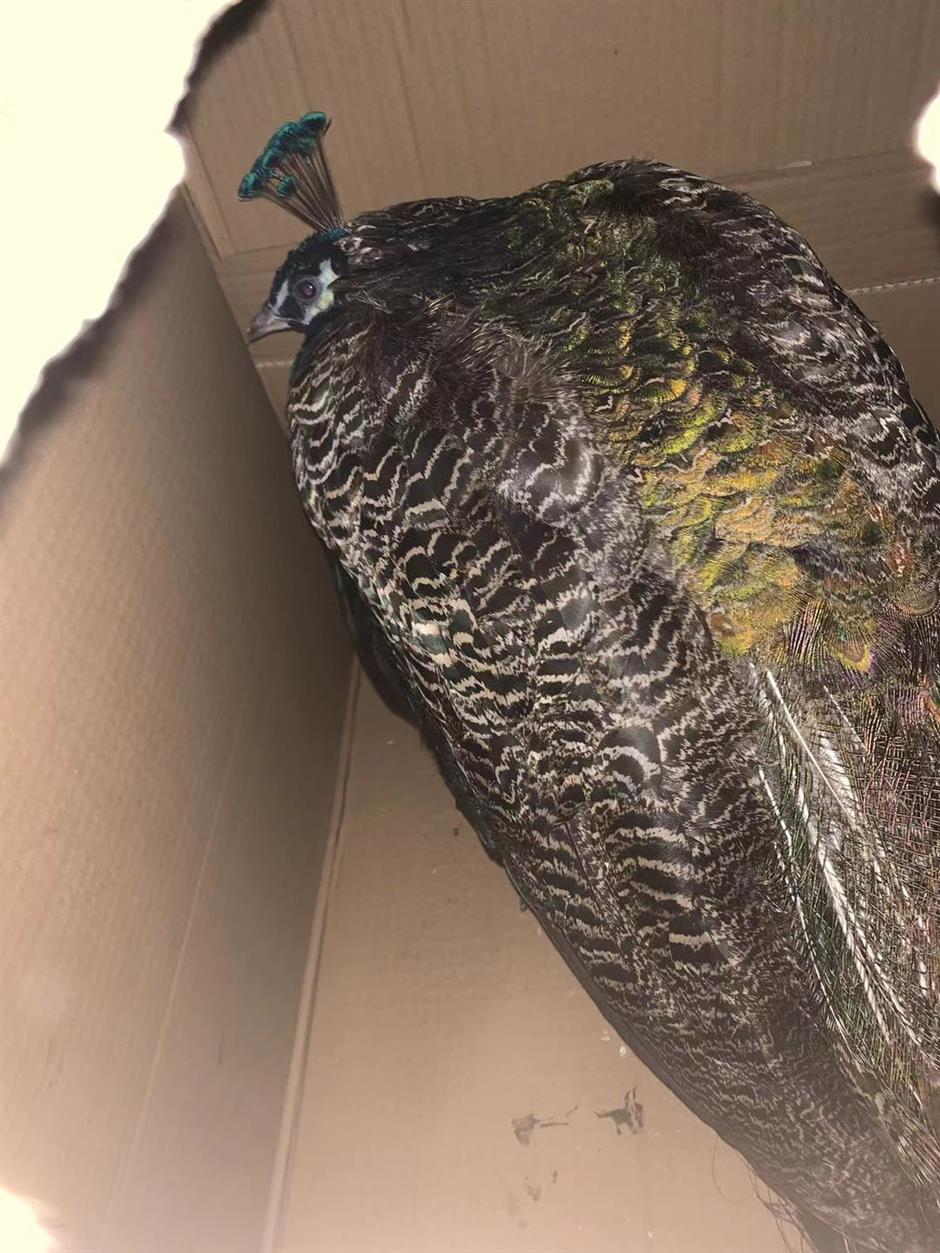 The peacock is found taking shelter in the roof structure of Huinan Station on Metro Line 16.