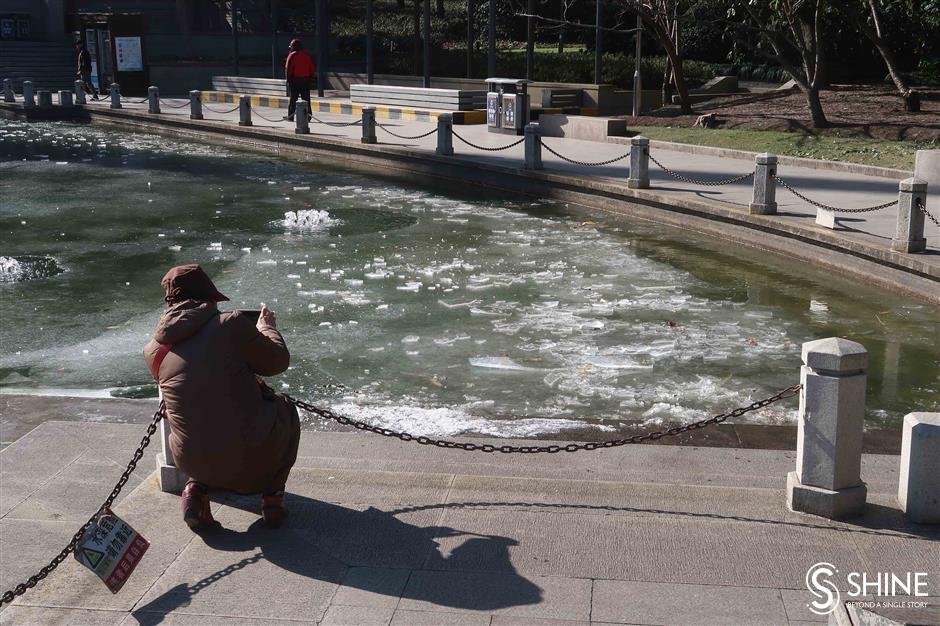 A resident takes photos of a frozen pond in the city on Friday.

Friday was the coldest day in early January for 20 years.

In the morning, all areas in the city recorded temperatures below minus 7 degrees Celsius with the lowest temperature recorded in Chongming District at minus 8.3 degrees, the weather bureau said.

More cold fronts are on their way.

As of 6pm on Friday, the orange alert for cold weather, issued on Thursday, remained in place. Orange is the second highest in the national four-color system. 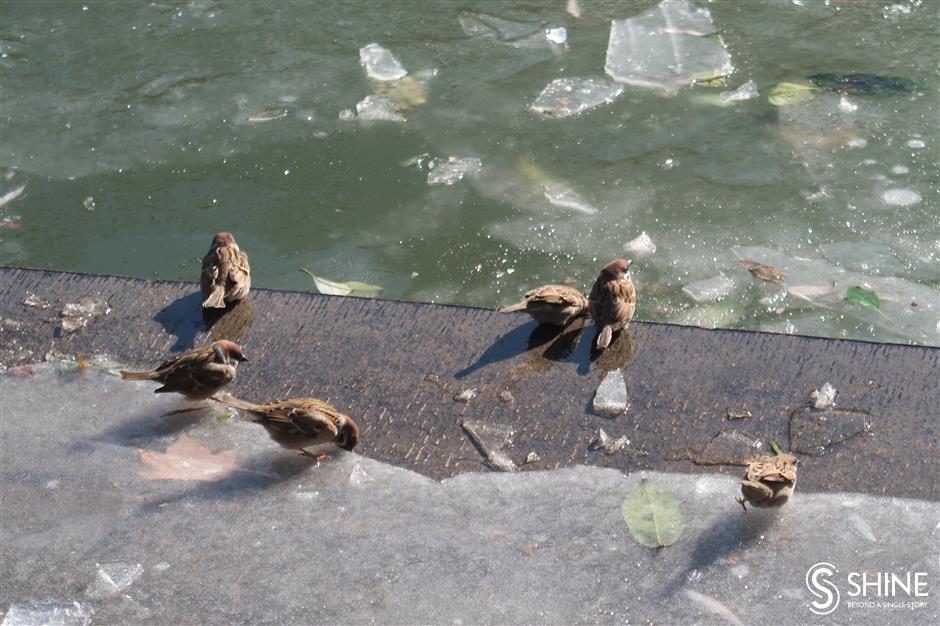 Sparrows investigate the ice in the city on Friday.

Maximum temperatures are expected to increase gradually from 3 degrees on Saturday to 14 degrees on Wednesday, with clear skies and breezes, and lows rising from minus 5 degrees to 3 degrees.

Air pollution will be back over the next three days due to the high concentration of PM2.5 pollutant blown in from the north, the local ecology and environment bureau said.