Zhou Hanyan (5th from left), director of the Putuo District Culture and Tourism Bureau, and other officials present tickets of Mahua FunAge to lucky fans at the Global Harbor Mall in Putuo on Saturday.

Construction will start soon on a new landmark theater in Shanghai’s northwest downtown to serve as the main stage for the popular comedy and culture brand Mahua FunAge.

The Zhonghai Theater will be built at the Zhenru Subcenter in Putuo District with 1,000 seats and multifunctional theaters for stage dramas and movies.

Upon its completion and grand opening by the end of 2022, the theater will feature immersive performance spaces, exhibition halls, art galleries, cafes, outdoor stages and a sightseeing platform on the rooftop which will open free to the public around the clock.

The landmark building neighboring the Zhenru Greenbelt will also serve as the headquarters of Shanghai Mahua FunAge, which will move their performances, offices and rehearsal sites into the theater.

The cultural company officially announced on Saturday it will register its Shanghai headquarters in the Zhenru Subcenter in Putuo when it unveiled the blueprint of the new theater.

“Customers will be able to watch the rehearsals, filming, training and other preparation work in the theater as well as pose with their favorite performers,” said Chen Qiang, deputy general manager of Shanghai Mahua FunAge.

The company, established in February 2014, has become a popular stage drama producer in the Yangtze River Delta region. More than 600 stage comedies are performed in Shanghai and neighboring provinces every year, attracting an audience of nearly 450,000, Chen said. 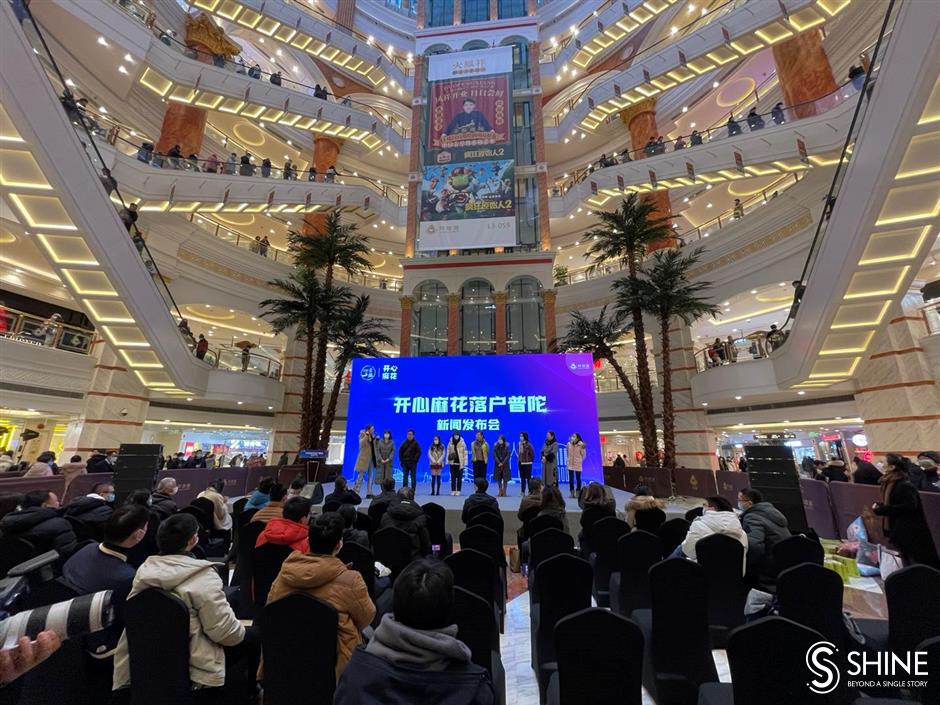 Shanghai Mahua FunAge announces it will establish its headquarters in Putuo at the Global Harbor Mall.

Popular works include modern comedy plays “Goodbye Mr Loser” and “Earl of Wrong Mountain,” a story about a young unemployed man who unexpectedly inherits a big fortune, but is mistaken for a robber by the police and put on a wanted list, leaving him no choice but to embark on a journey of self-rescue.

The Zhenru Subcenter is the fourth of the city along with Xujiahui in Xuhui District, Wujiaochang in Yangpu District and Huamu in the Pudong New Area.

It will cover 6.2 square kilometers, based around the West Railway Station and expressways connecting with the Yangtze River Delta region. The transport hub at the station handles over 40,000 passengers daily.

Sightseeing paths have also been planned for the subcenter for visitors to enjoy both the riverside greenery along the Zhenrugang, Dachangpu and Taopu rivers as well as the Caoyang Community. The community sprang up in 1951 as a home to model workers of the city, and has been listed as a heritage site by the city government.

Zhenru was originally formed between 1208 and 1224 during the Song Dynasty (960-1279). A monk named Yong’an erected Zhenru Temple and built a xianghua (scented flower) bridge, which brought worshippers to the area. Markets were later developed around the temple, which still exists, along with Zhenru Pagoda.

The town, formerly known as Taoxi, or peach creek, which sat between the former Jiading and Shanghai counties, was one of the city’s four most prosperous historic marketplaces. 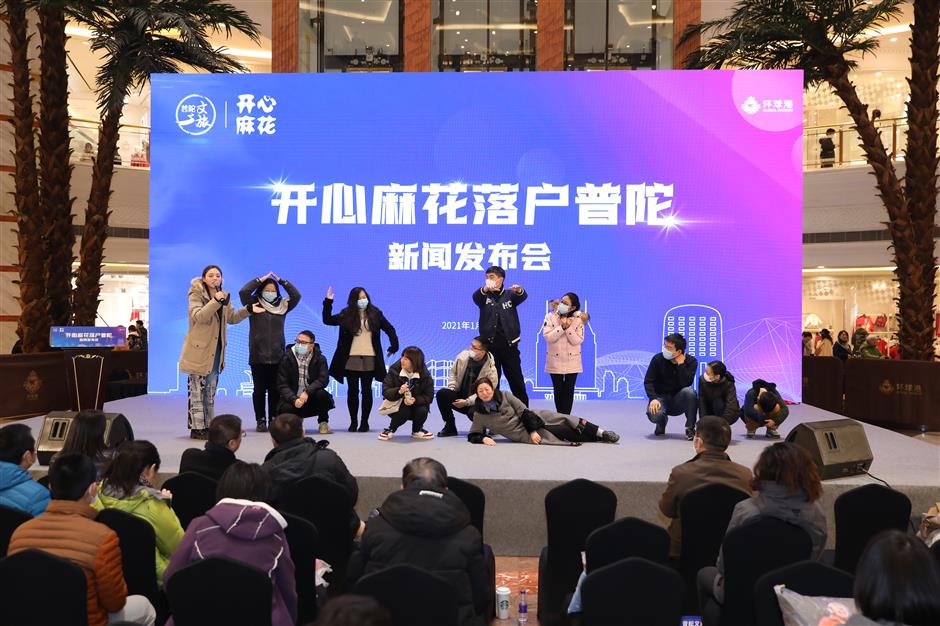 An actress with Mahua FunAge interacts with customers in the mall.