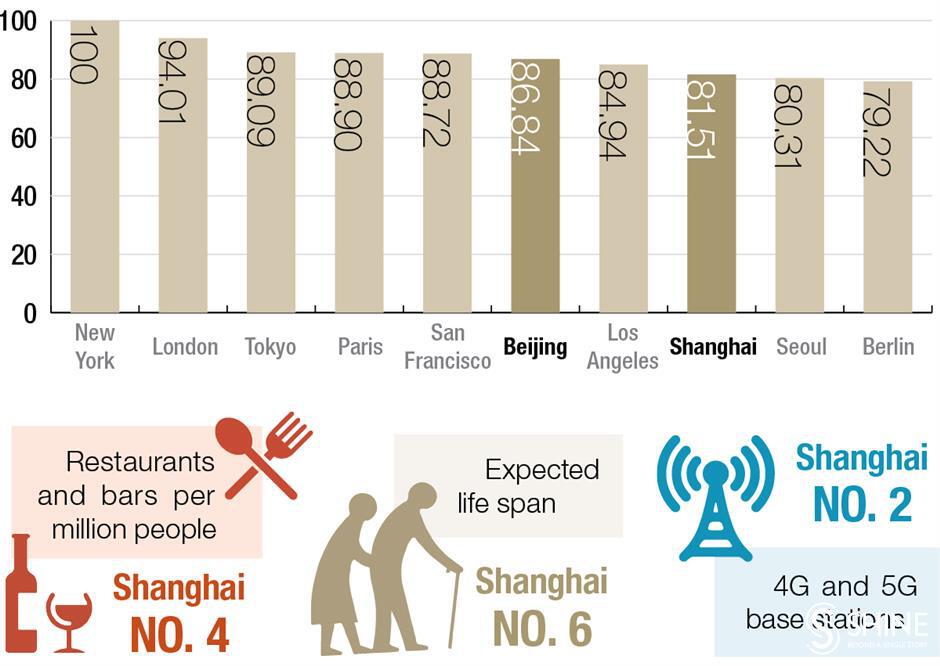 Shanghai is No. 8 in a ranking of the top 50 cultural cities in the world.

The ranking was the second edition jointly produced by a team from Shanghai Jiao Tong University’s China Institute for Urban Governance and another from the University of Southern California.

Shanghai was highly ranked in several specific areas –  including No. 1 for amount of teahouses and cafes and No. 2 for quantity of restaurants.

Shanghai also scored well in Internet development with its number of 4G/5G base stations ranked No. 2, just behind Beijing.

The city came up short in certain areas, such as number of museums per million residents in which it ranked 40th.

“Top cities have top cultural landmarks, such as Broadway and Times Square in New York and the West End of London,” said Xu. “Shanghai lacks such landmarks. Even some famous areas, such as the Bund, are treated by tourists as backgrounds for taking photos rather than cultural hotspots.”

He thinks Shanghai should develop the 45-kilometer waterfront area along the Huangpu River into a super cultural landmark mecca.