Local researchers have developed a gene-editing technology to cure keratitis — inflammation of the cornea — and eliminate the virus following successful experiments on mice.

Herpes simplex virus, or HSV, is the most prevalent pathogen, and humans are its only host in the natural world. About 97 percent of the population carries the virus, which can hide inside the nervous system. There is no vaccine or medications that cure it.

HSV is divided into HSV-1 and HSV-2. Herpetic stromal keratitis is caused by HSV type 1, which can lead to numerous diseases. Once infecting the cornea, people can contract herpetic stromal keratitis, the most prevalent infectious keratitis, which blinds 85 percent of carriers. It accounts for half of the blindness in China, according to Dr Hong Jiaxu of the Shanghai Eye, Ear, Nose and Throat Hospital, a leading expert in the research.

“Current medication only helps control symptoms, which can’t be eliminated because the virus hides inside the nervous system," Hong said. "Even when people receive a cornea transplant, the disease can relapse. The only cure is to degrade the virus’ genome.”

To help patients with the disease, Hong partnered with researcher Cai Yujia from Shanghai Jiao Tong University's Shanghai Center for Systems Biomedicine to develop a gene-editing method that kills the virus.

Cai’s team invented a new delivery technology that carries the gene therapy to the target.

“Compared with the quick development of gene-editing technology, delivering the technology to the target was a bottleneck," Cai said. "Previous delivery technologies were developed in the West, but we developed our own in the form of the world’s first innovative carrier — a virus-like particle mRNA — to infect the target and deliver the therapy.”

“The therapy, which is dripped into patients' eyes, can find and 'cut' the virus hidden in the nervous system, which then degrades by itself," Cai said. "With this technology, we can cure keratitis and terminate the virus."

“Clinical trials on two patients have also been carried out and the results are being evaluated,” said Hong. 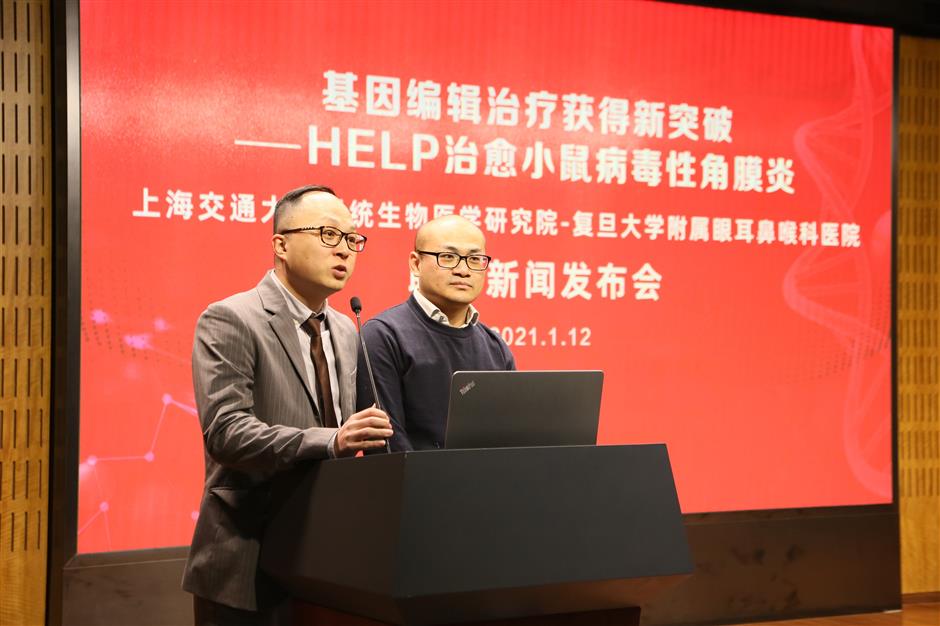 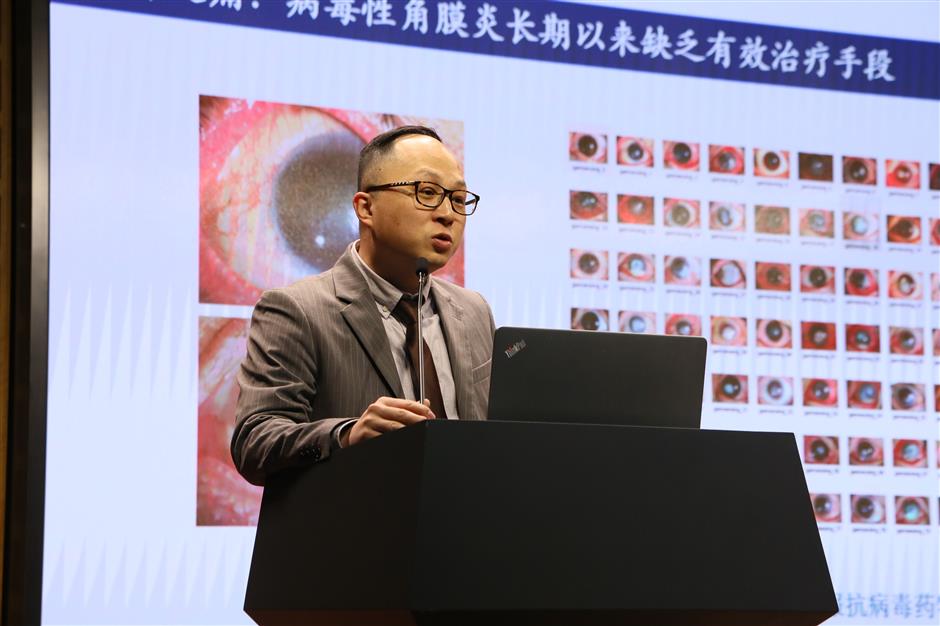 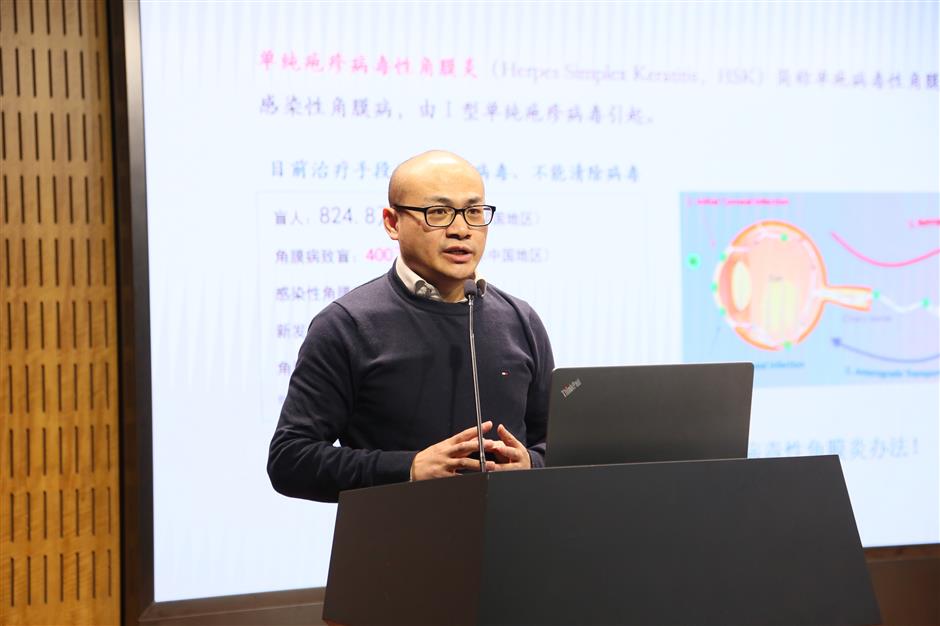