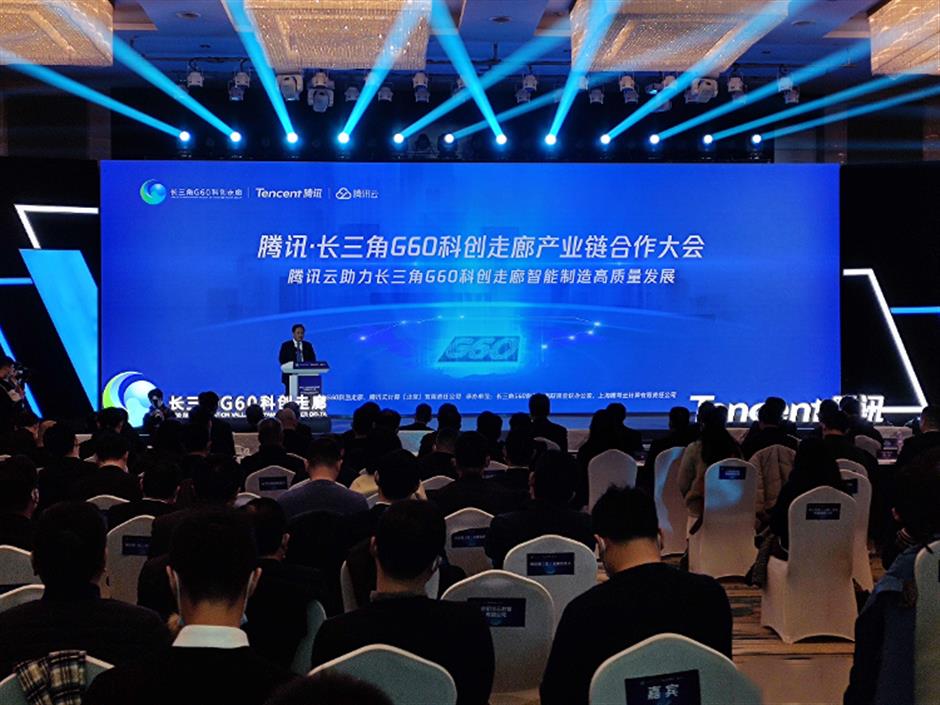 Chinese tech firm Tencent is to launch its industrial chain cooperation with nine cities in the G60 High-tech Corridor, following an investment of 15 billion yuan (US$2.1 billion) in building its Yangtze River Delta supercomputing center and industrial base in Songjiang in March 2020, a recent conference between the company and the G60 High-tech Corridor cities revealed.

The corridor is an urban-rural development axis that connects Songjiang with eight cities in the Yangtze River Delta — Jiaxing, Hangzhou, Jinhua and Huzhou in Zhejiang Province, Suzhou in Jiangsu Province, and Xuancheng, Wuhu and Hefei in Anhui Province.

A renowned global Internet technology company, Tencent has more than 8,000 industrial partners and more than 300,000 corporate customers currently use or enjoy its Internet products and services.

“The supercomputing center we’ve planned to build in Songjiang will help attract about 100 related companies in big data, cloud computing and artificial intelligence to be based in the district,” said Dao Feng, vice president of Tencent Cloud. “Apart from Songjiang, we hope to also show our strengths in AI, big data, cloud computing and industrial Internet in the remaining eight cities along the G60 High-tech Corridor and help them develop.”

“We plan to set up our second headquarters in Songjiang to provide solutions in the field of cloud primary technologies. Our technology, research and development and selling departments will also be based in Songjiang,” said Zuo Yue, CEO of Beijing Alauda Science and Technology Co, one of the 20 cooperative companies.

Tencent announced its supercomputing center and industrial base construction plan in March 2020, saying that Songjiang is highly compatible with the company’s vision of digital city construction.

Construction of the project, which will cover an area of about 236 mu (15.7 hectares), began in June last year. When completed, the AI industrial park will house more than 100 high-tech firms.

Tencent will also introduce qualified AI companies to be based in the industrial park which will also include Tencent’s Yangtze River Delta AI incubator and Keen Security Lab, and nurture an industrial AI ecosystem.