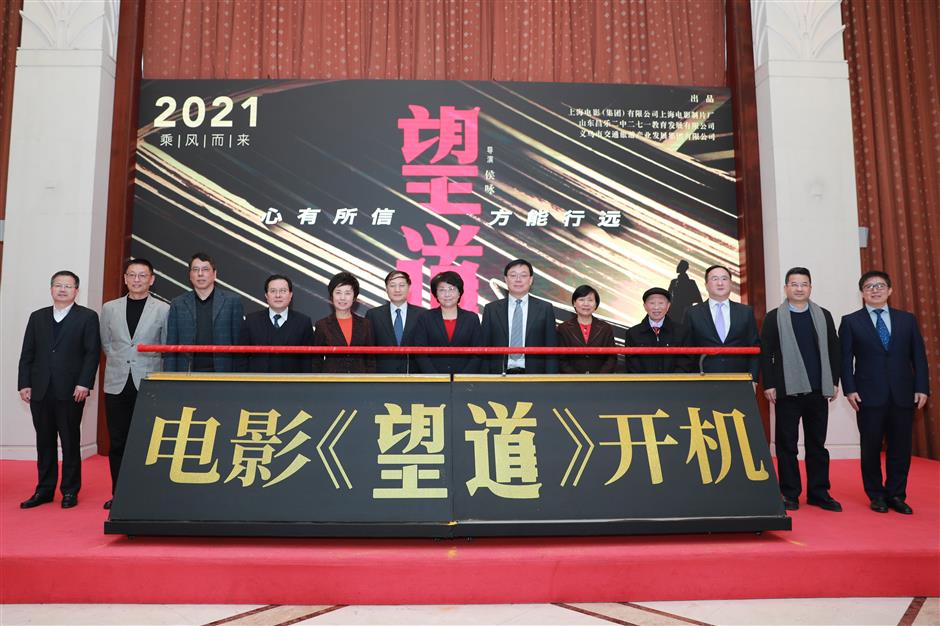 The ceremony at Fudan University

A ceremony was held at Fudan University on Sunday to kick off shooting of a film about Chen Wangdao, former president of the university and the first Chinese translator of the full text of “The Communist Manifesto.”

The name of the film "Wang Dao" is not only the name of Chen but also means insisting on the path of truth.

The first poster of the film was also released at the ceremony. It features a sketch of Chen standing in the bow of a boat, with golden lines in the background, representing waves, light and fire.

The film will portray how Chen translated the masterpiece by Karl Marx and Friedrich Engels in 1919 after he finished study in Japan and returned to China, and its influence on him and China.

Chen was born on January 18, 1891, in Yiwu of Zhejiang Province. He was 29 when he finished the translation of “The Communist Manifesto” which laid the foundation for the establishment of the Communist Party of China in 1921 and inspired many people to take part in revolution.

There is a well-known story about his translation. When Chen was working on the translation in 1920, his mother put a zongzi with a bowl containing brown sugar on his desk. When she came back to the room, she saw Chen’s lips covered in ink as Chen had dipped the zongzi into his ink. His mother asked him whether the sugar was sweet, he said “yes, it’s sweet enough,” without realizing his mistake. 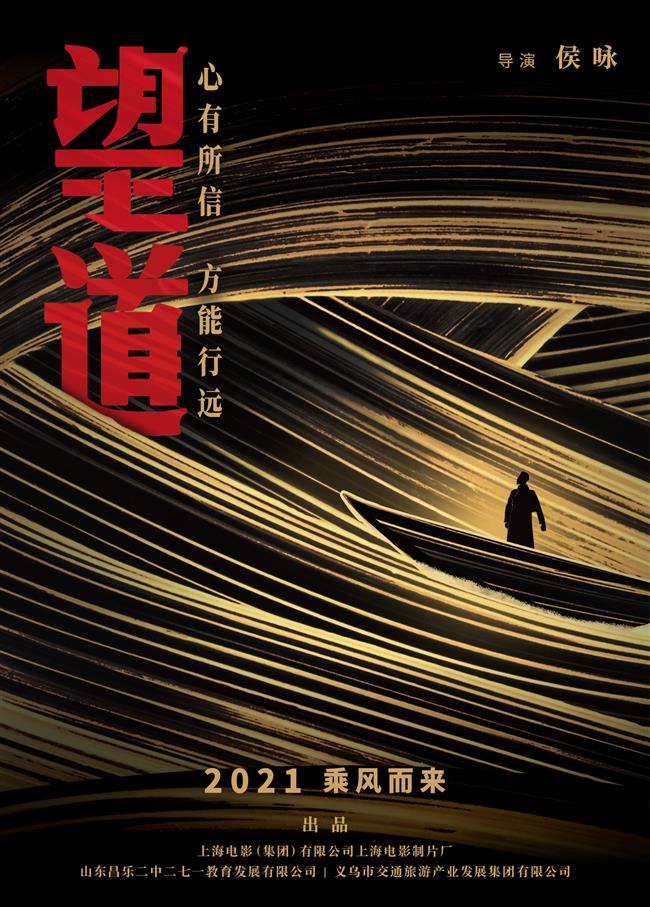 The first poster of the film

Chinese President Xi Jinping has told the story many times on different occasions saying “the taste of truth was sweet.”

After finishing the translation, Chen came to Shanghai for its publication and got to know famous Chinese revolutionaries, such as Chen Duxiu, Li Hanjun, Shen Yanbing and Lu Xun.

Chen later taught at Fudan University and became its president after the founding of the People’s Republic of China. His tenure, between 1952 and 1977, was the longest among all of Fudan’s previous presidents.

His former residence in Shanghai, on No. 51 Guofu Road, has been renovated into a museum of “The Communist Manifesto” by Fudan and opened to the public on the 200th anniversary of Marx’s birth in May 2018.

About 30 students from the university have been volunteering at the museum. In a reply letter to them in June last year, Xi encouraged them to build firm ideals and convictions and strive to fulfill the Party's original aspiration and mission as Chen had done.

The production team includes director Hou Yong who had directed “Jasmine Women” starring Zhang Ziyi and scriptwriter He Zizhuang. Both of them have won the Golden Rooster Award.

The creators of the film have read “The Communist Manifesto,” visited the museum of the masterpiece and Chen's home in Yiwu, and interviewed Chen’s son and students to record details of Chen’s life story.