Qingpu on track for significant growth over next four years 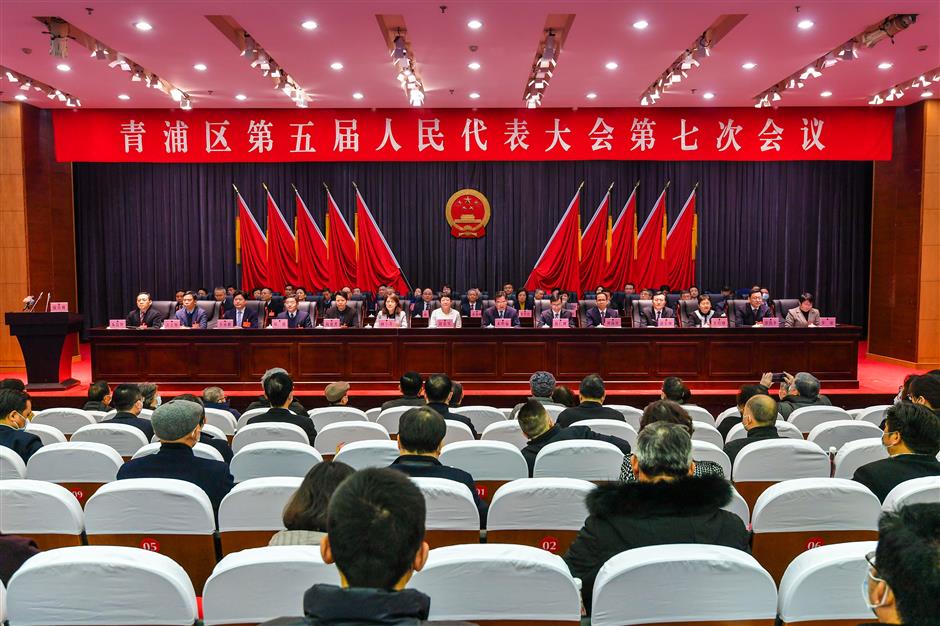 The district government's goal is for Qingpu residents' per capita disposable income to increase more than the city's average.

The district's economic, social and environmental targets for 2021 and the period between 2021 and 2025 were announced at the annual meetings of the district-level People's Congress, which began on Tuesday.

Last year, the district's GDP growth was estimated at 3.8 percent, and its general public budget revenue was 58.3 billion yuan, up 0.4 percent from a year earlier.

As part of that goal, an ecological facelift will be undertaken along the Taipu River, and a plan is in place to make Zhujiajiao watertown a 5A national tourist attraction.

"The district will step up the cultivation of maga-level industry clusters focusing on industries such as biomedicine, electronic information, artificial intelligence, new materials and hydrogen energy," said Yu. "The development of new online industries such as e-commerce and eSports will be in full swing as well."

Construction of the Huawei Research and Development Center, Shixi Software Information Park and Beidou West Hongqiao Base will be beefed up, and a highland of talent in the Yangtze River Delta region will be created.

A digital approach will be taken with 5G network infrastructure construction and integrating digital and offline economies.

The district's business environment will be improved with another 100 government service affairs included in the "zero-visit" category.

The service and protection of foreign fund investment and the rights and interests of foreign-funded companies in the district will be enhanced.

Construction of the southern section of Qingpu Avenue and an upgrade of the Jiasong Road M. and Caoying Road section of 318 National Highway will kick off this year.

Construction of the Obstetrics & Gynecology Hospital of Fudan University's Qingpu branch will be accelerated, and the environment of the district is expected to improve with strengthened efforts to control PM2.5 and ozone, two major pollutants in the city.

The district's greenery coverage is expected to hit 43.3 percent in 2021, with its per capita green space reaching 10.3 square meters.