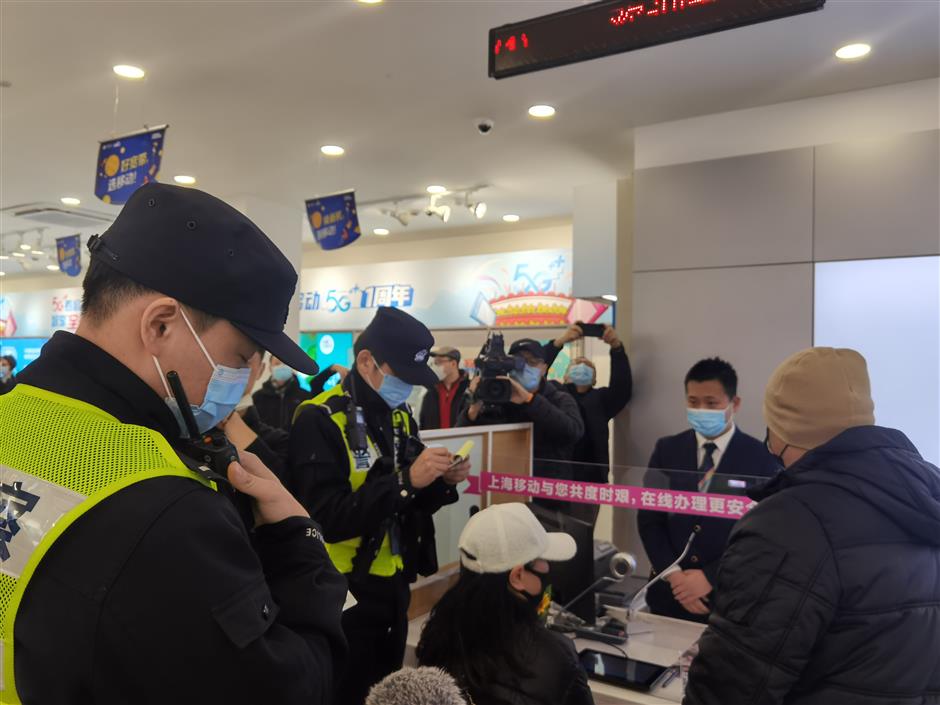 A drill of the new procedure is carried out at a China Telecom sales point on Xietu Road on Tuesday.

Shanghai police are teaming up with telecom operators to curb telecom scams at sales points.

The purpose is to identify people who feed scammers with SIM cards, which are often used in such scams to disguise the real identities of the scammers, police said.

When someone applies for more cards than anyone would normally need, for example, staff at the sales point will inform police by calling 110.

If the applicant makes a scene, police will take him to the station for further investigation. Otherwise, police will register the applicant’s information and issue a notice about the nationwide crackdown on the illegal trading of phone and bank cards.

The information collected from the scene will be communicated to colleagues working on combating fraud.

Police said they had the support of the city’s communications administration on the measure.