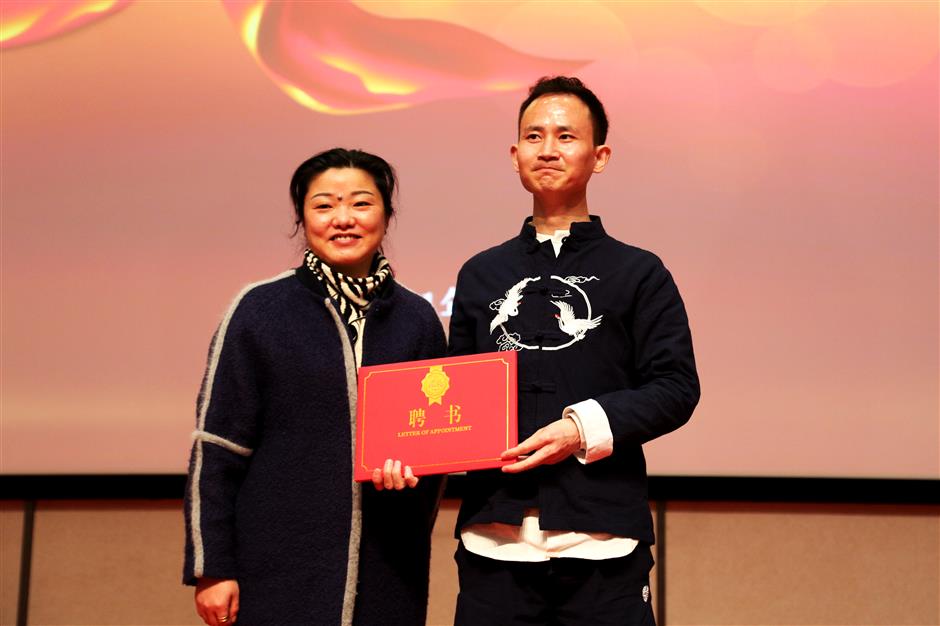 Former prisoner Xu Hua is employed as a tutor at Songjiang District Cultural Center on Tuesday.

After studying Gu embroidery for eight years in jail, a former prisoner was employed as a tutor of Songjiang District Cultural Center on Tuesday.

Xu Hua (not his real name) was jailed in 2006 at the age of 19 due to committing a violent crime. He was released from the prison in Qingpu District last month.

Through art exhibitions and other activities in the jail, Xu came to know about the national-level intangible cultural heritage in 2012 for the first time.

As of now, he is the only male tutor of Gu embroidery, the 35-year-old told Shanghai Daily. “Gu embroidery turned a person with a machete in his hand to a man who can do beautiful needlework.”

The style of embroidery originated in the city in the Ming Dynasty (1368-1644). Because this style of embroidery is laborious and difficult, it was nearly lost until the 1970s when a vocational school in Songjiang District set up a Gu embroidery major. It was a turning point and an increasing number of people started to learn and research this cultural treasure. 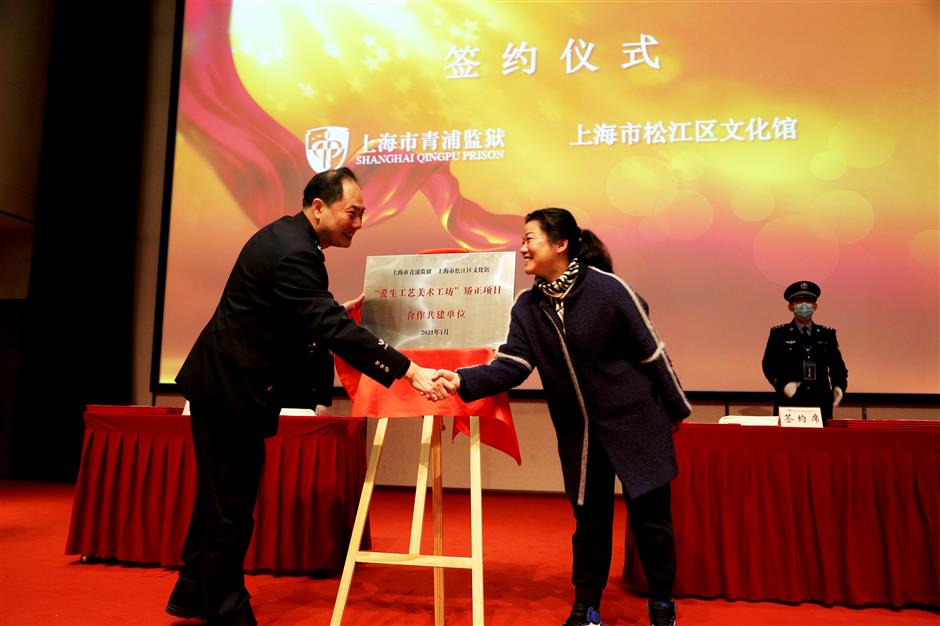 Li Qiang (left) signs an agreement with Songjiang District Cultural Center to develop an art studio for prisoners on Tuesday.

During his 14 years behind bars, Xu also learned calligraphy, jade carving and many other crafts.

Art is a part of the correction system to reform prisoners, help them return to society with skills and avoid them committing crimes again, said Li Qiang, Qingpu Prison’s warden.

On Tuesday, five institutions and companies signed agreements with the prison for the development of an art studio, clothes design studio and modern agricultural park, so that lawbreakers can be educated by professional teachers.

“The prisoners can not only be surrounded with art and culture but also learn the skills which can support their future life,” Li said. “After having such education, they are more willing to turn over a new leaf without much prompting and, so far, no one has committed a crime again after release.”

“We hope more firms and organizations can join us soon,” Li said.