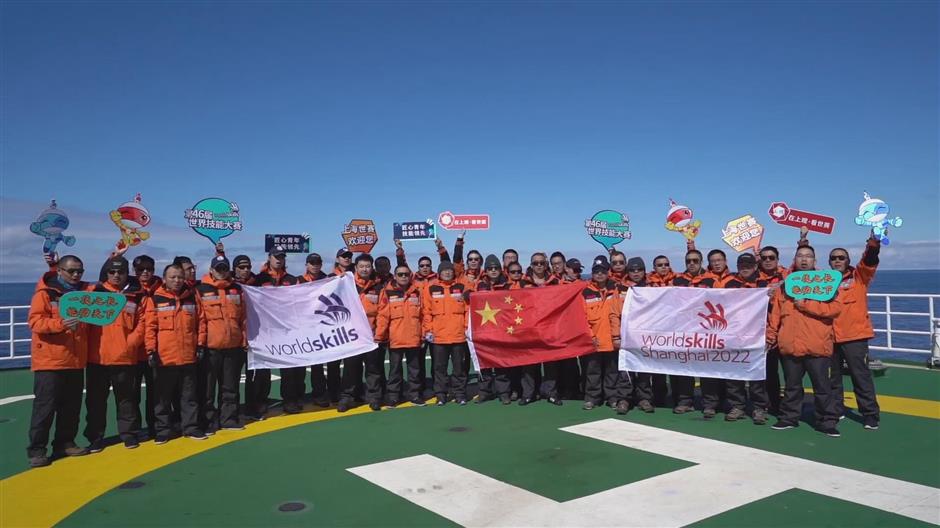 The flag of the 46th WorldSkills Competition reached Antarctica on Tuesday, after Chinese scientists on the Xuelong 2 icebreaker, or Snow Dragon 2, arrived there on a scientific expedition.

The expedition team members flew the national flag of China, the flags of WorldSkills Shanghai 2022 and WorldSkills International, banners and mascots of the competition, extending an invitation to the world to take part in the event taking place in Shanghai in 2022 and wishing it great success. The team will plant the competition flag at the South Pole later.

This was another occasion for the WorldSkills flag to arrive in an extreme environment, demonstrating the spirit of pursuing extreme excellence in artisanship. On May 27, it was brought by a team of intrepid Chinese mountaineers to the highest place on Earth – the summit of Everest.

The flag was taken on board the Xuelong 2 on November 10 last year ahead of the 37th expedition to Antarctica organized by China’s Ministry of Natural Resources.

The 116 team members will carry out hydrological, meteorological and environmental investigations in Antarctica and monitor pollutants such as microplastics and drifting garbage in the Antarctic Ocean.

The vessel is expected to travel over 55,560 kilometers by the time it returns to Shanghai in May.