Singing their hearts out in love of music 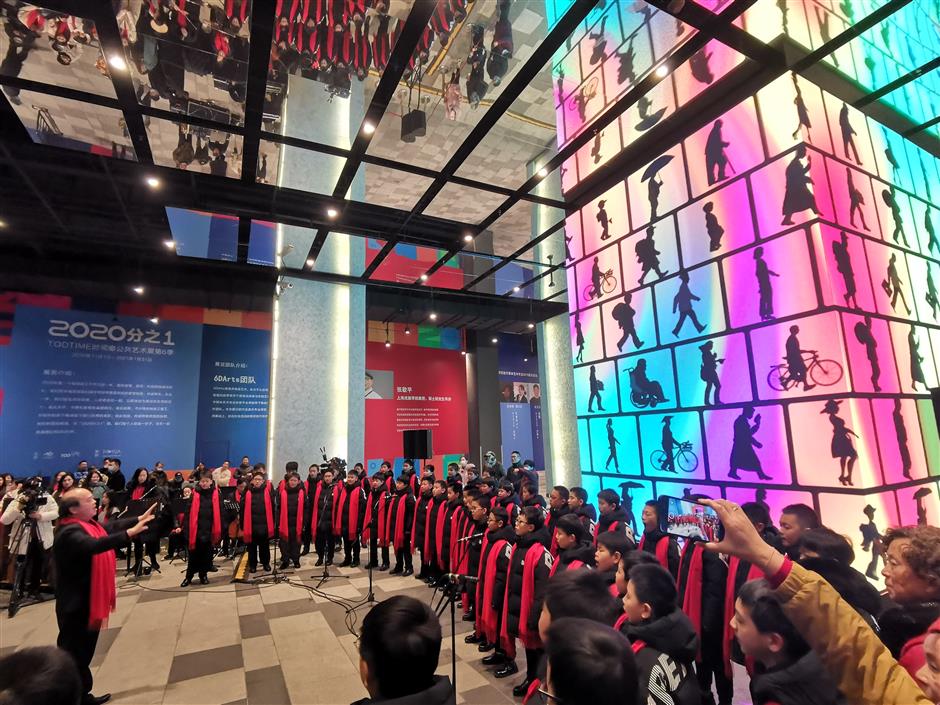 Minhang Boys Chorus gives a public performance at Xinzhuang Metro Station on Christmas Eve, sending out best wishes for the new year to commuters and passers-by who enjoyed the music.

The Minhang Boys Chorus, all clad in red coats, delighted passers-by with winter classics like “Jingle Bells” and “Edelweiss” on Christmas Eve at the TOD Time Corridor in Xinzhuang.

Liu Qingjian, chorus founder and conductor, said the group couldn’t start rehearsals for the event until September because of coronavirus, but he said he thought the performance went well.

The chorus, which was created in 2016, now has over 100 boys and is the largest of its kind in Shanghai. It has garnered a lot of recognition, including top prize in its category at the 2019 World Peace Choral Festival in Vienna, an event featuring 40 choirs from 10 countries. 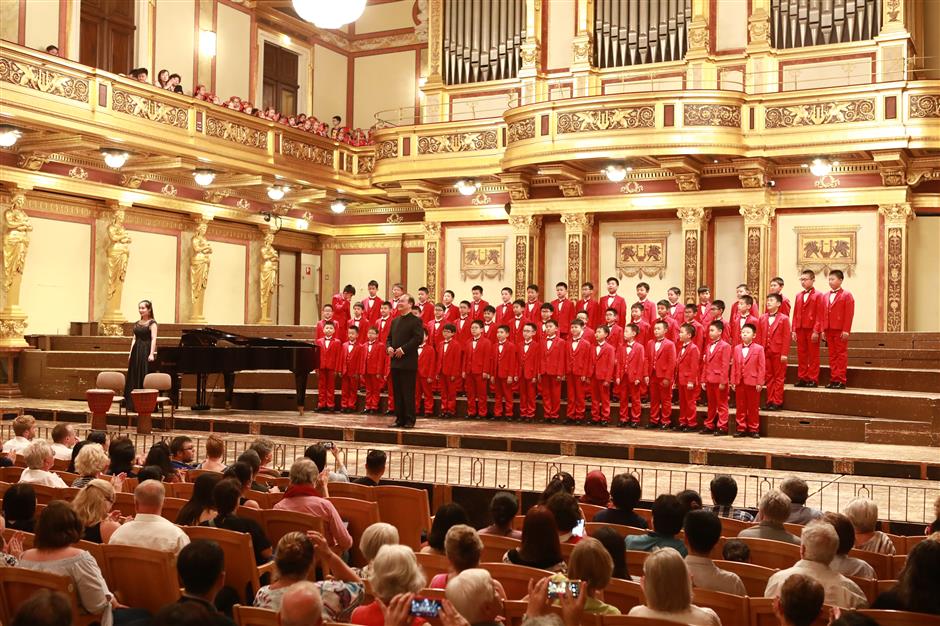 “Medals are welcome, of course, because they recognize what we have achieved, but we never stop striving for perfection,” Liu said.

He was a music educator for primary school when the foundations were laid for the formation of the choir.

“Music teaching there wasn’t very successful,” he said. “The excuse we heard most was that the students weren’t up to standard. I wanted to show that was not true, so I established a chorus.”

With the resulting success, Liu decided to upgrade the chorus to the district level. The original Boys Chorus members were selected from 500 students in the district, based on talent, prior musical training and even their characters as team members.

Liu said boys rather than girls were chosen to participate in the choir because artistic education for boys is less prevalent in China.

The choir typically rehearses every Friday. Its expenses are covered by the district government, but teachers aren’t paid for their voluntary participation.

“It’s not an easy job, but we have been sticking to it for years,” Liu said.

The chorus not only benefits boys but also young music teachers. Dealing with boys at the age can be quite tricky because they are prone to naughtiness. That’s part of the education process, Liu said.

“I lay down the rules of behavior for rehearsals, and I try to set an example for them,” he said. One stricture is keeping the rehearsal room tidy.

Aside from strictness in training, Liu also tries to make the boys feel important. On the trip to Vienna in the summer of 2019, one student was downcast because he was the only choir member unaccompanied by a parent. So Liu stepped in to try to fill the gap and cheer the boy up.

“We should be set an example for the children, but not in an authoritarian manner,” Liu tells fellow teachers. “That would alienate us from the boys.”

He truly delights in being with the choristers.

“You can feel their childhood innocence,” he said. “When we are with them, we tune our mindsets to their channel.”

Some of the chorus members have been there since the choir’s beginnings in Wujing.

“I’ve learned a lot being in the chorus -- understanding and getting along with other people,” said chorister Liu Zichen, who joined in 2015. “The music is soothing, and we all support each other.”

Support from parents has also been a big factor in the success of the chorus.

“It is a cozy team filled with love, and that’s why our son loves being in the chorus,” said parent Dai Wenjuan. “The boys get to show themselves while participating in a team goal. That’s important, especially for those from one-child families.”

The members are mainly aged between six and 15. They used to leave the chorus when the male voice change deepened their vocals, but Liu said he is now trying to fill in the vocal range of the chorus by including older boys who have dropped from sopranos to tenors and basses.

Teachers and children alike show a passion for singing.

So far, no chorus member has expressed a wish to pursue a singing career, Liu said, but that’s certainly a possibility. But no matter where they go after leaving the choir, he added, the boys will take with them a rich experience that will remain with them for the rest of their lives.

“We want our son to learn music and art,” said Zhang Yaojiang, a parent whose son joined the choir three years ago. “I feel like we have been growing up along with our son as his vision broadens and he develops artistic aesthetics, team spirit and a sense of personal pride.”

During the coronavirus hiatus, the chorus did some online rehearsing and filmed their practice. They even performed an online concert last May.

Liu’s short-term goal is to collaborate with theaters to stage an annual choral concert. The earliest performance may come by the end of this year.