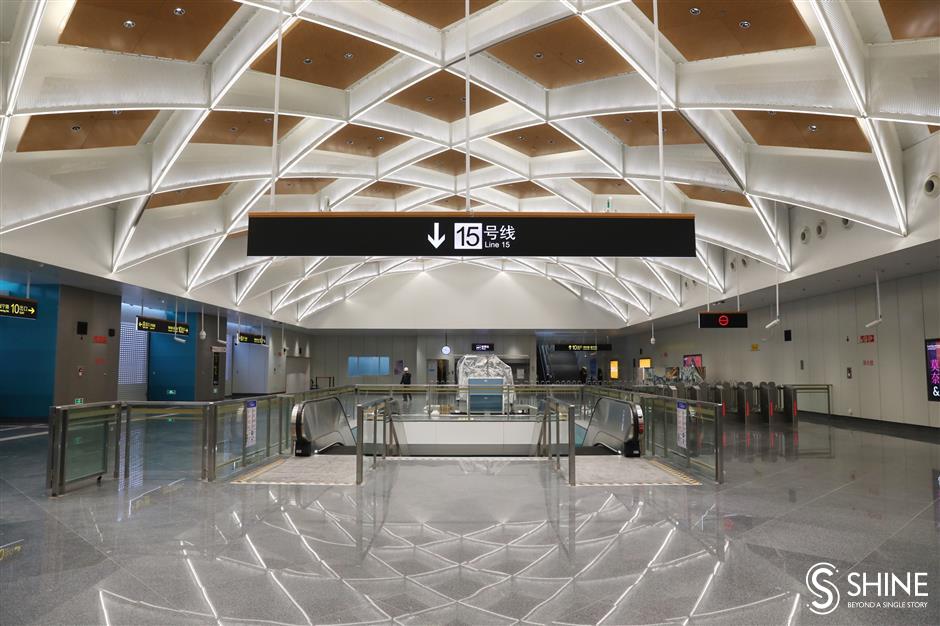 The brand-new driverless Metro Line 15 will make a debut on Saturday, Metro officials announced on Thursday.

The line runs from Gucun Park in the north to Zizhu Hi-Tech Park in the south and cuts through Baoshan, Putuo, Changning, Xuhui and Minhang districts.

A total of 29 underground stations are situated along the 43-kilometer line.

Currently, passengers interchanging between lines 15 and 2 at Loushanguan Road Station must walk from station to station, because work on the underground passage hasn’t been completed. Those who pay with public transportation cards or through the official Metro app avoid additional fees when transferring.

The Guilin Road Station on Line 15 won't open until June, so trains will skip this station until then. When it opens, passengers will be able to interchange between lines 15 and 9.

Some station exits are still under construction and won’t be open on Saturday, including exits 3 and 4 at the East China University of Science and Technology Station and exits 4 and 5 at Changfeng Park Station.

The first trains at Zizhu Hi-Tech Park and Gucun Park depart at 5:30am, and the last trains leave at 10:30pm. The shortest train interval is five minutes.

The opening of Line 15 will increase the number of Metro stations to 459 and total length of the network to 772 kilometers, further expanding the world’s largest Metro system.

The number of interchange Metro stations will increase to 64.

Passengers will eventually be able to interchange with the city’s airport line  that links Pudong and Hongqiao airports at West Huajing Station.