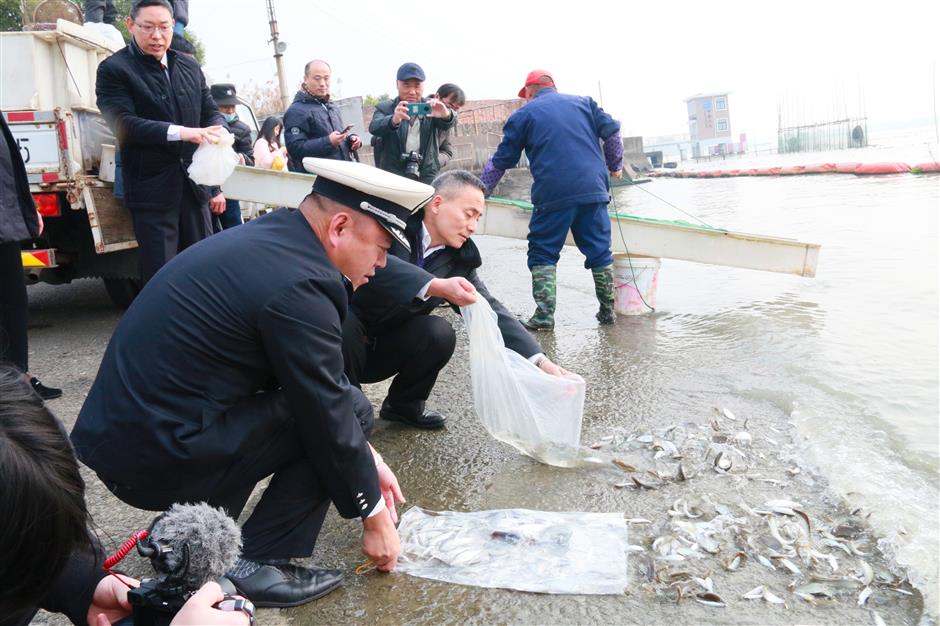 Staff of the city's railway transport court, procuratorate and agriculture and rural affairs commission set fries free in the Huangpu River, a tributary of the Yangtze, last month.

Fighting crime and restoring the ecological environment should be equally important during the 10-year fishing ban in the Yangtze River basin, the city’s procuratorate said on Thursday.

The Yangtze is one of the rivers with the richest aquatic biodiversity in the world, having over 420 kinds of fish. To protect the environment, fishing has been banned in more than 330 conservation areas in the basin since January 1 last year and in all natural waterways of the river before this month.

The local agriculture and rural affairs commission said it had been prohibited in the river’s Shanghai section since January 10 last year.

During the first year of the ban, more 450 people have been sued in 285 cases, with 46 people being arrested, said Gong Peihua, deputy chief procurator of the Shanghai People’s Procuratorate.

“In over 89 percent of the cases, high-voltage generators are used for fishing,” Gong said.

This illegal method can be devastating for wildlife and the environment because all animals in the nearby waters, both mature and immature, will be killed by the electricity, Gong said. 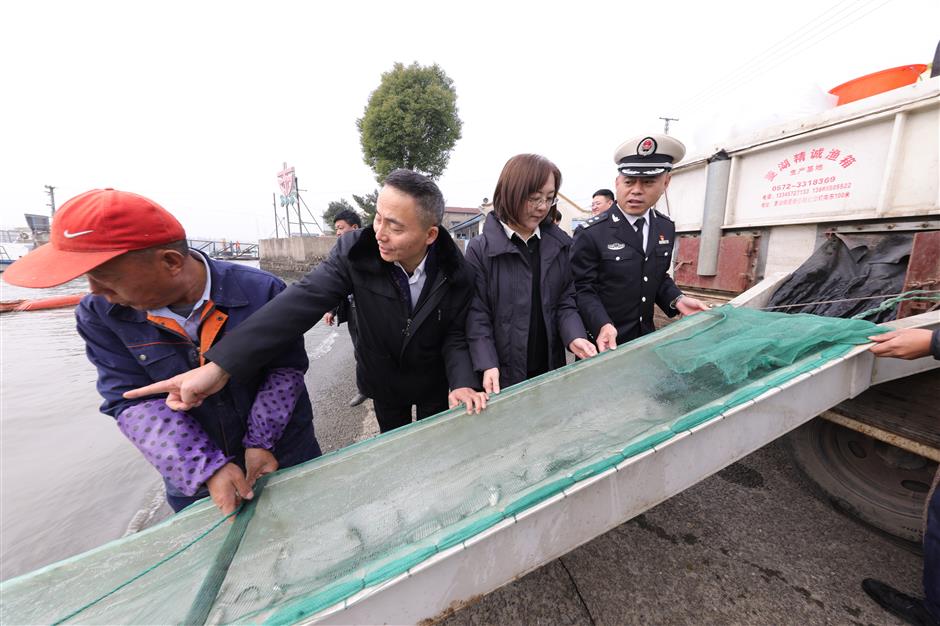 Fries are released into the Huangpu River in Songjiang District in December.

Gong said the local procuratorates had combated gang crime and cracked down on hardened criminals with local public securities, courts, agriculture and rural affairs commissions and the water bureau.

If lawbreakers who fished for few animals were willing to repair the environment to make amends for the past, they would not be sued, Gong said.

Currently, 32 people are not be prosecuted for their criminal liability in the city. More than 600 lawbreakers have bought around 500,000 fries and set them free in the Shanghai section of the Yangtze River.

In a case handled by the Shanghai Railway Transport Procuratorate, a 75-year-old man surnamed Shen caught fish weighing 0.62 kilograms from the river in Putuo District in March last year.

The first offender admitted what he did and paid 500 yuan for fries to replenish stocks. The authority released him, with a fine of 1,000 yuan (US$155), in consideration of his attitude, age and the negative effect on the environment.