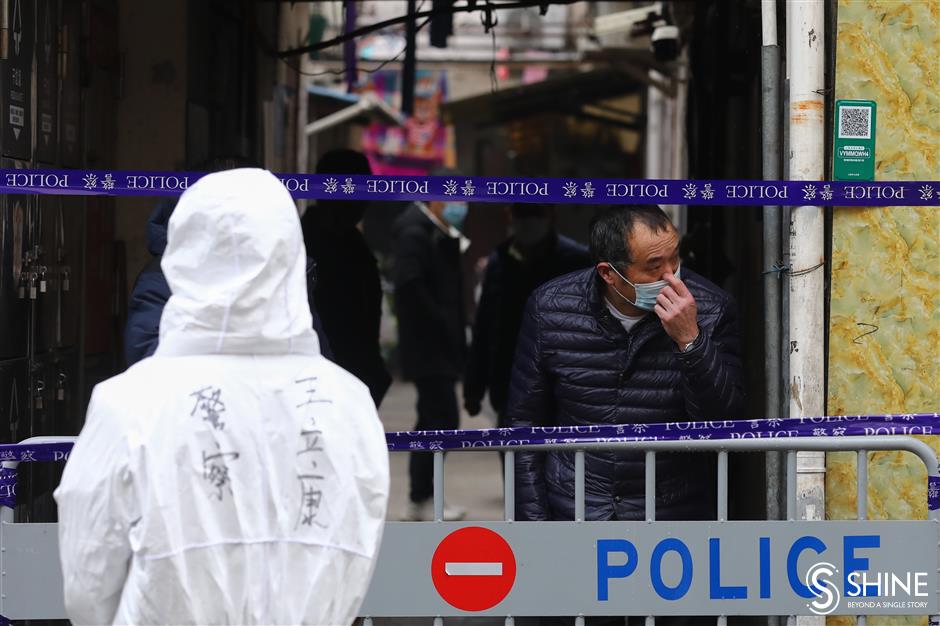 The Zhaotong residential area in Huangpu District was put into lockdown after being listed as medium risk.

The Zhaotong residential area in Huangpu District has finished its first round of nucleic acid tests on its residents after a new COVID-19 case was reported in the neighbourhood on Thursday.

The area was then listed as medium risk after a resident, also a worker at Renji Hospital's Puxi branch across the street,was tested positive by the hospital a day before.

The district also immediately carried out closed-loop management for the Zhaotong residential area overnight, including disinfection and household information collection.

Nucleic acid tests were sampled from over 40 CDC workers from 2am, as most of the residents finished their tests before dawn. 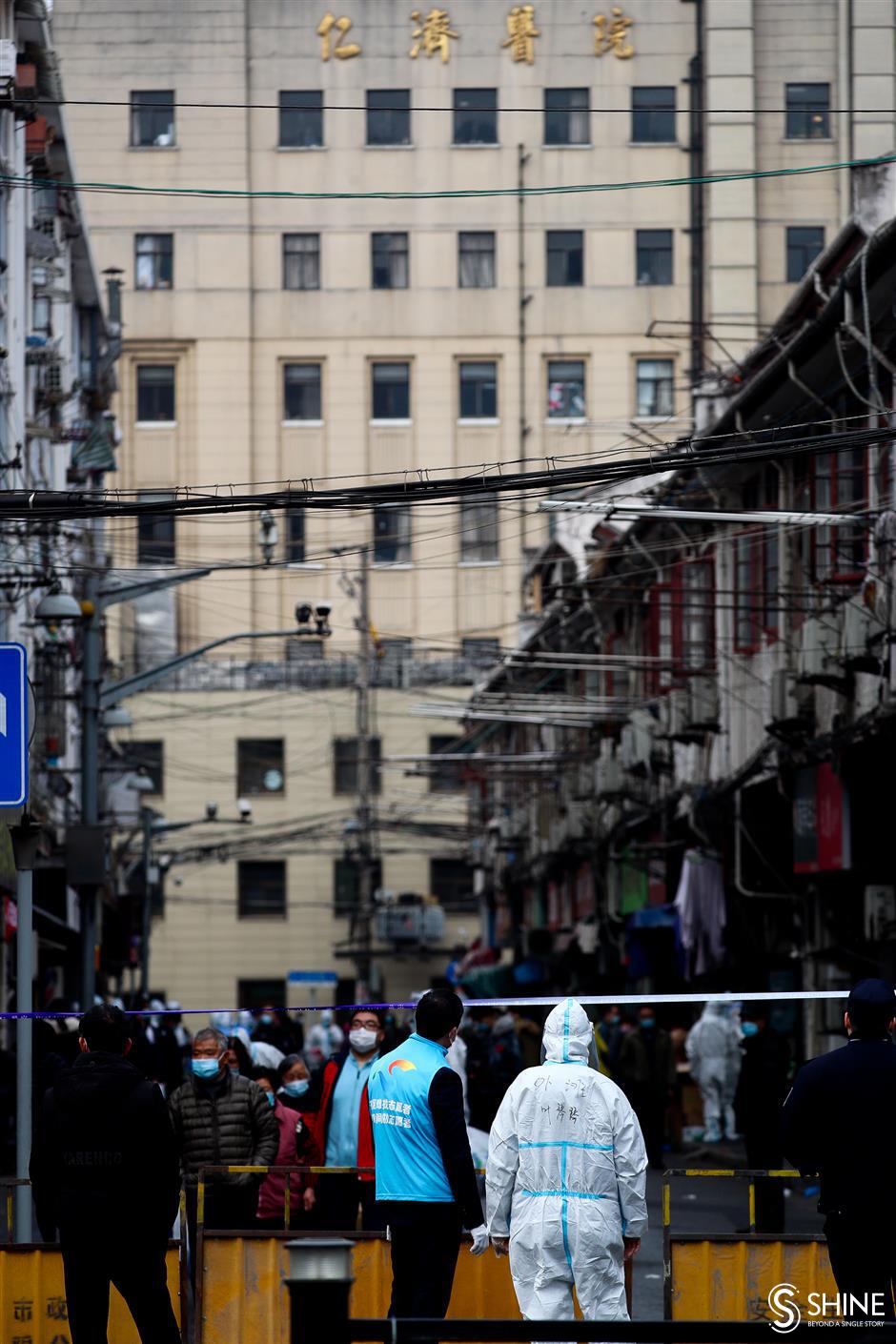 Renji Hospital shut down its outpatient service on Thursday after one of its workers was confirmed infected with COVID-19.

Zhang Daoyin, a nearby technician, said that the area has been closed since Thursday midnight.

“I think people shouldn’t be too worried about it as the city has already gained experience for such situation,” said Zhang.

Zhang’s workplace, Huashe Mansion, a block away from the neighborhood, has also tightened personnel control and health checks.

Due to the neighborhood's lack of facilities, residents will be transferred in batches to designated hotels for their two-week central quarantine. 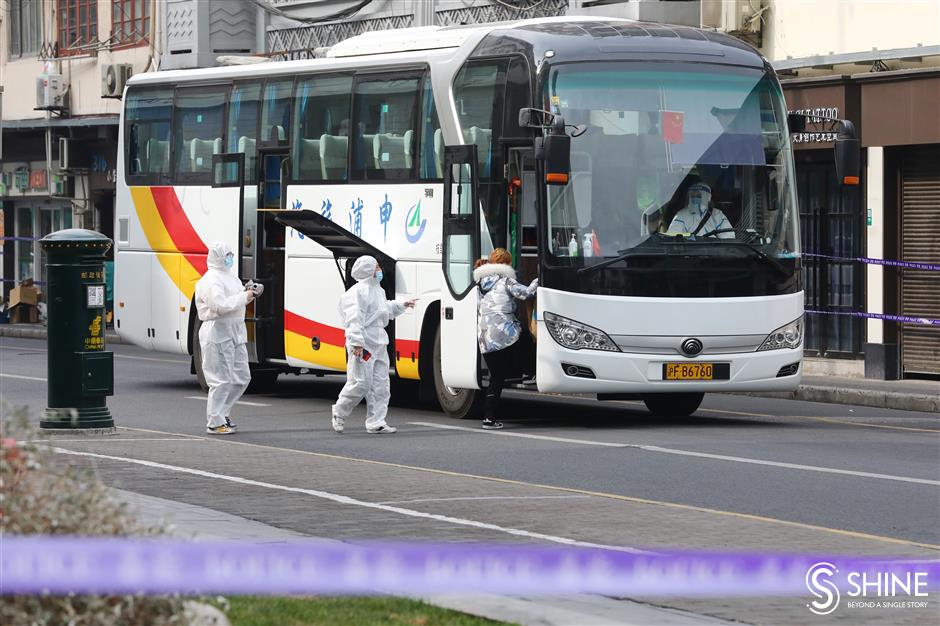 Residents get on buses to undergo two-week quarantine at designated hotels.

Many also received deliveries from families and friends. They will have their second round of nucleic tests on their 12th day of quarantine.

The abrupt shutdown of the community and the Renji Hospital has caused inconvenience for some patients.

Dong Pingzeng, who was due to have a colonoscopy at the hospital in the afternoon, was angry that no one told him in advance that the procedure was canceled.

“I had to take medicine in the morning for the treatment,” said Dong. He was later advised by on-site workers to visit the other branch of the hospital in the Pudong New Area. 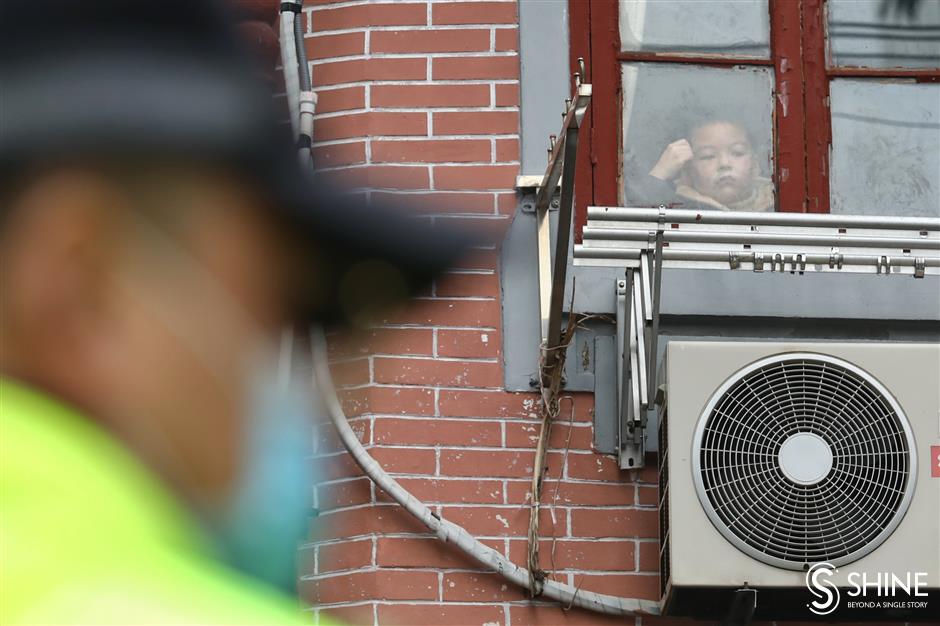 A boy inside a block of the Zhaotong residential area peeks outside the window.

Shanghai reported three new local COVID-19 cases on Thursday, all of which were workers at hospitals. Besides Renji hospital, the Shanghai Cancer Center Xuhui branch has also canceled its outpatient services. 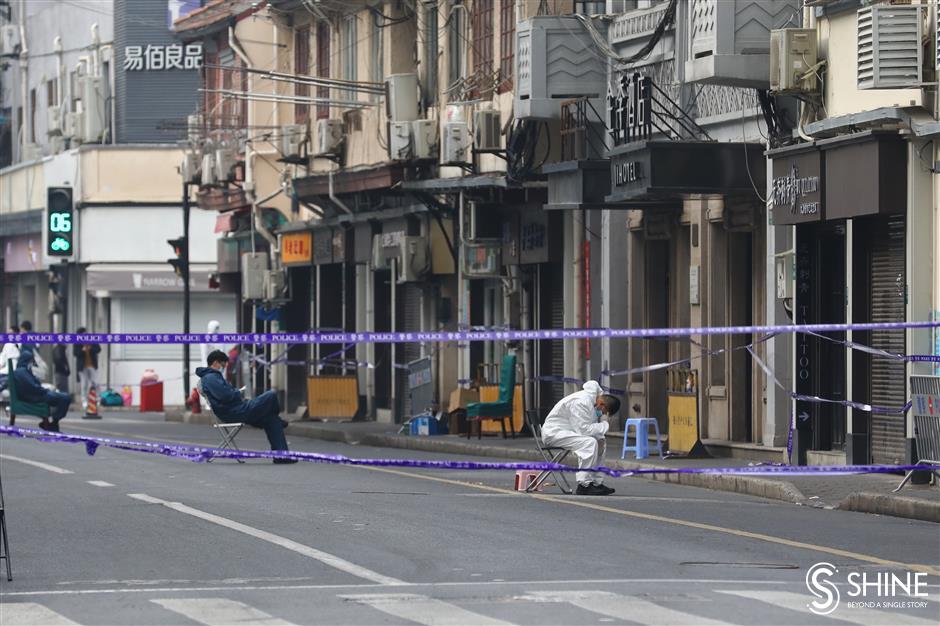 Workers on standby inside Zhaotong neighborhood. 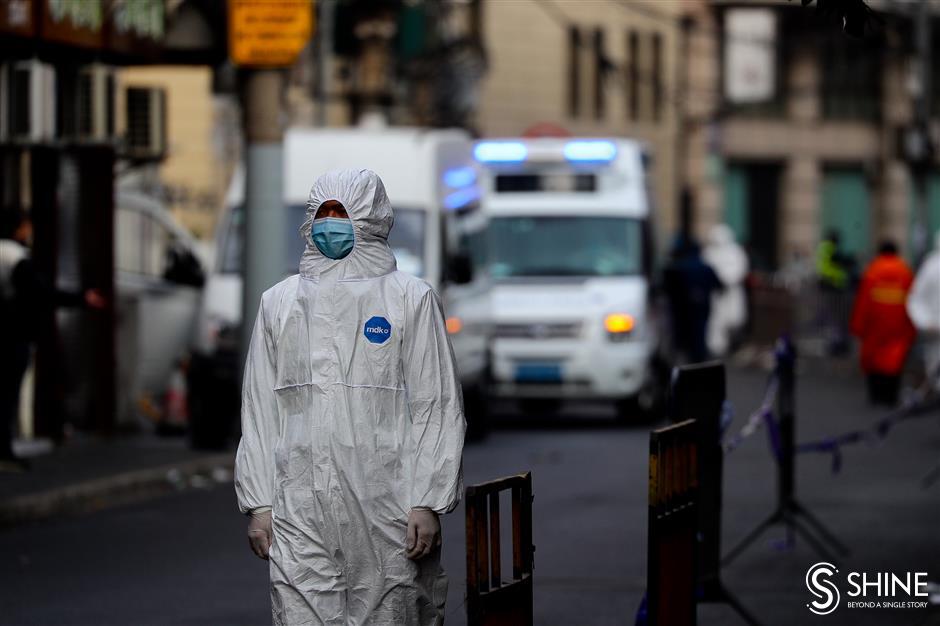 A health worker in hazmat gear in the Zhaotong residential area. 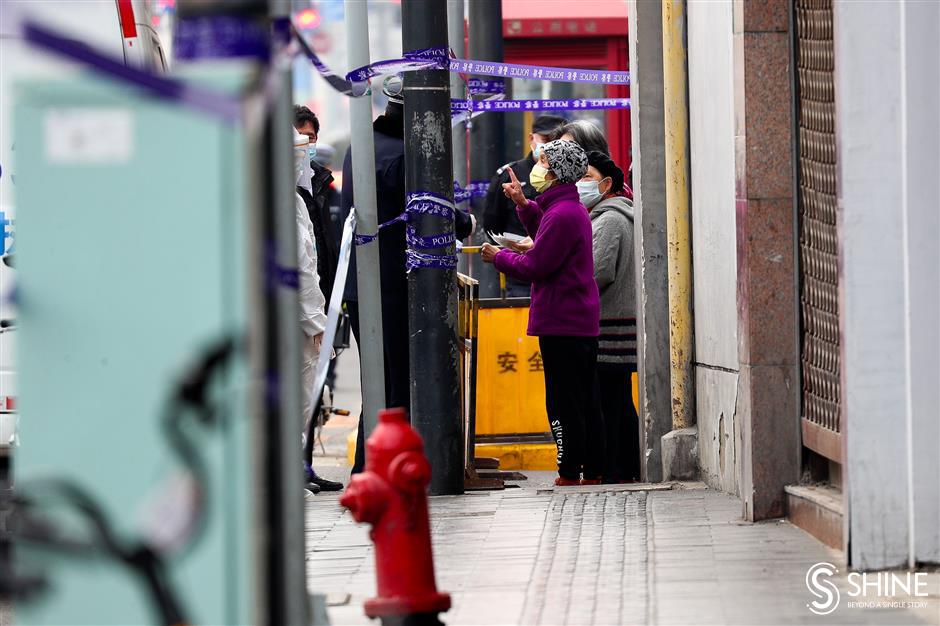 Zhaotong residential area is cordoned off.