Quarantine in hotels for Zhaotong residents

With luggage, groceries and pets in tow, people living in the Zhaotong residential area are bidding a temporary farewell to their homes.

The neighborhood, one of the old areas in Huangpu District with demolition plans pending, was listed as medium-risk on Thursday after several residents tested positive for COVID-19.

Due to the neighborhood's outdated facilities and structures that could cause problems for management and disinfection, the government decided to relocate residents for central quarantine.

More than 900 residents were taken to five different hotels in the Pudong New Area on Thursday afternoon. 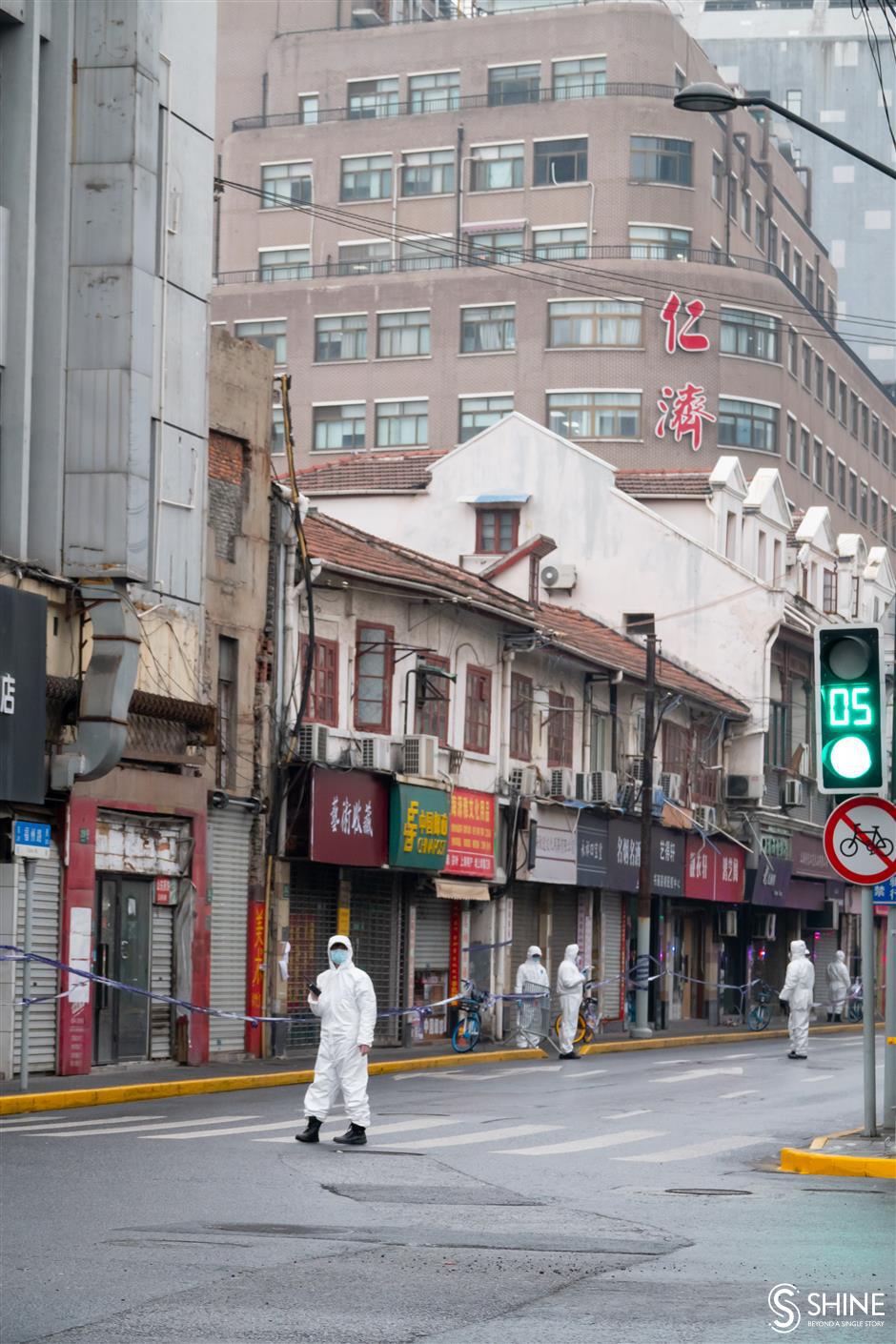 The Zhaotong residential area and Renji Hospital in Huangpu District were put under lockdown around 10pm on Wednesday. Over 900 residents were transferred to five hotels for quarantine on the afternoon of Thursday. The rest are evacuated on Friday.

On Friday, another 900 people were being relocated.

Residents were first informed of the evacuation by local residential committee workers.

In addition to daily essentials, they also brought with their pets after negotiations with the subdistrict.

Some elderly people with underlying diseases have been sent to designated hospitals. 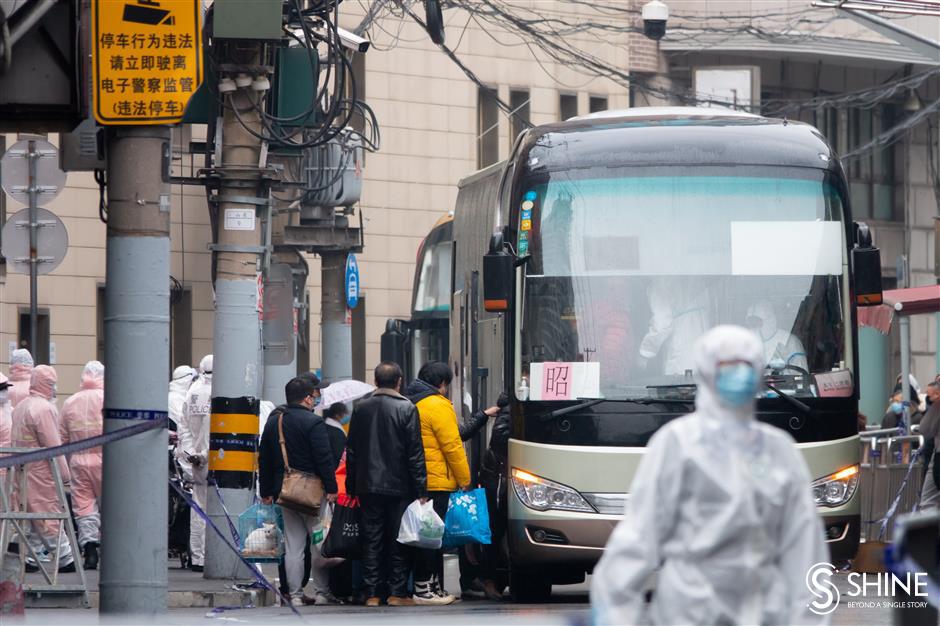 People living in the Zhaotong residential area board a bus with their essentials and pets to be relocated to hotels for a two-week quarantine.

“It’s still three weeks away from Spring Festival, so we have time to prepare for it after the quarantine,” said a woman surnamed Zhang. “What we're doing right now is important for people's safety.”

Shen Meizhen, a middle-aged woman, came to the neighborhood to deliver tangerines and desserts for her younger brother.

“I hope he can be patient and follow orders from the management team,” said Shen. “He lives by himself and suffers from poor health, so the volunteers said they would take good care of him.” 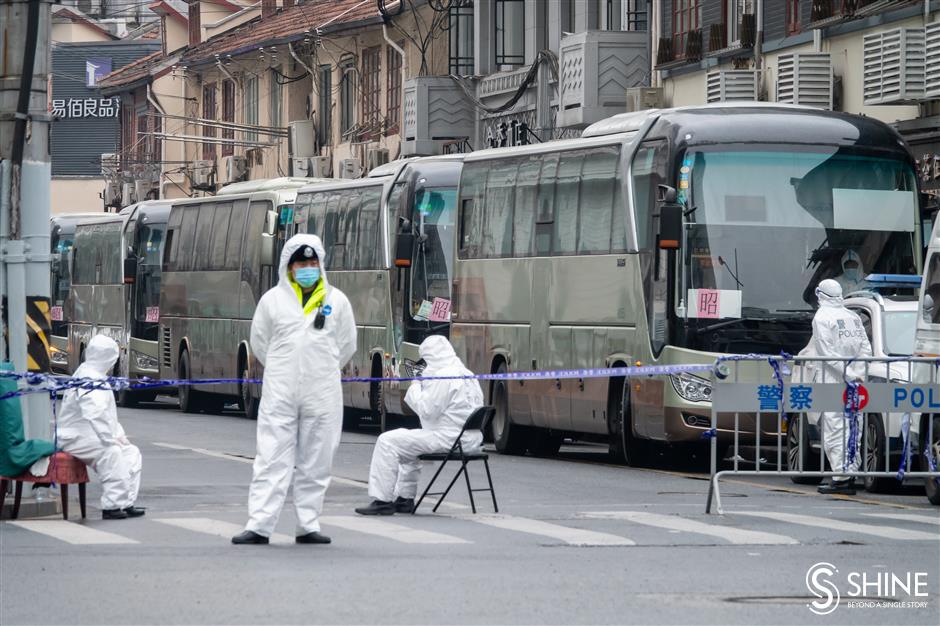 On-site policemen workers are dispatched to guide the evacuation of residents. 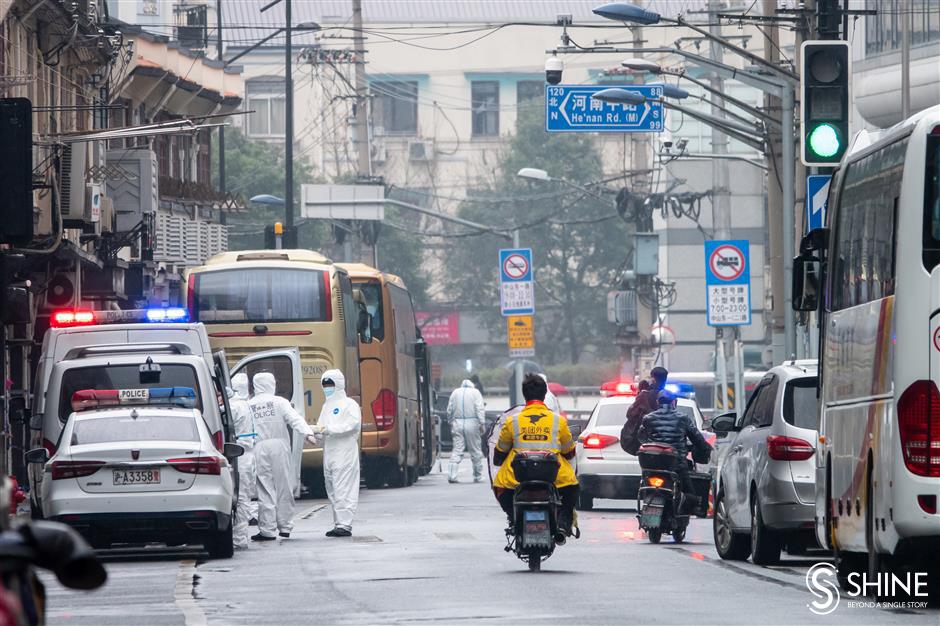 Deliverymen show up around the area, who will drop the orders at designated spots for workers to pick up and hand to residents.

Police have dispatched 50 officers to oversee the evacuation.

Wu Wenyan, deputy director of the local police station, said the order was received at around 10am on Thursday morning and the evacuation began less than three hours later.

“The evacuation yesterday, which took about five hours, was very efficient thanks to the cooperation of local residents,” Wu said on Friday.

“Some of our officers have worn their hazmut suits for 12 hours straight without drinking any water,” Wu added.

After the neighborhood is emptied, Wu said police will be on duty in the area to ensure the safety and normal operation of essential facilities.

“We are still waiting for detailed instructions after the completion of evacuation,” said Wu. “As Renji Hospital and several other hotels are still under lockdown, we will continue to fulfil our responsibilities.” 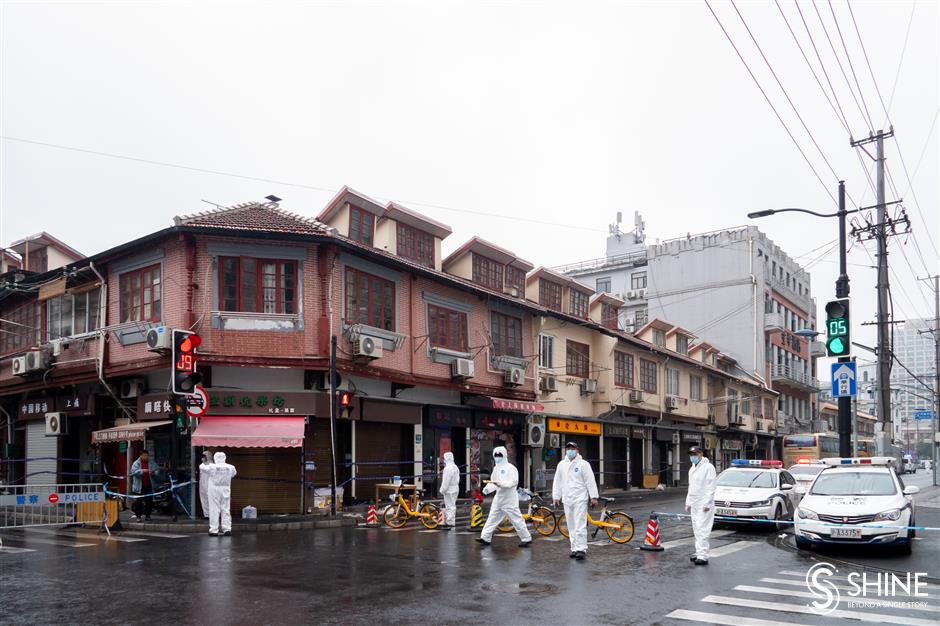 The intersection of Henan Rd M. and Fuzhou Rd 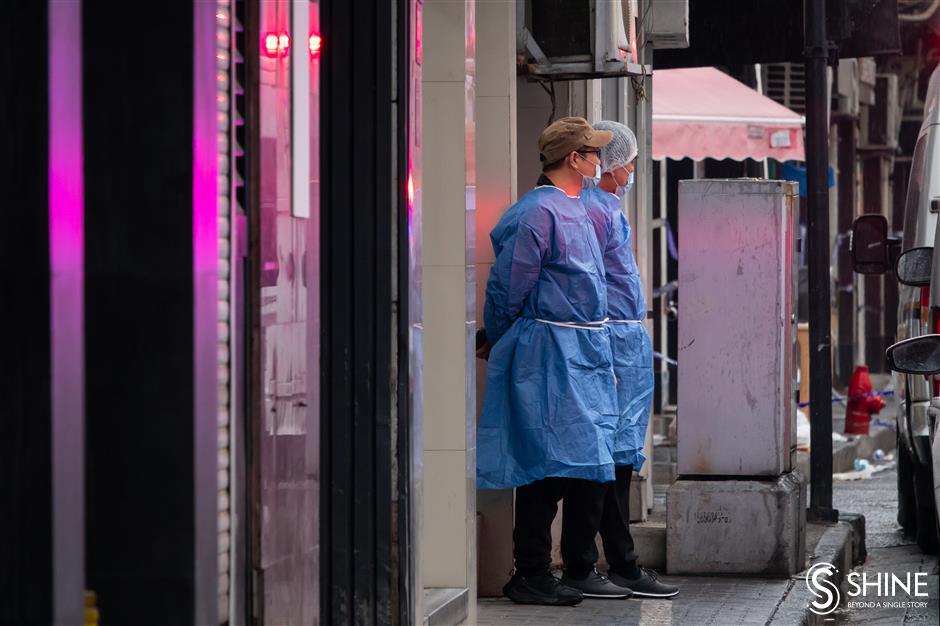 Two workers in protective suits stand in front of a store in Zhaotong residential area.