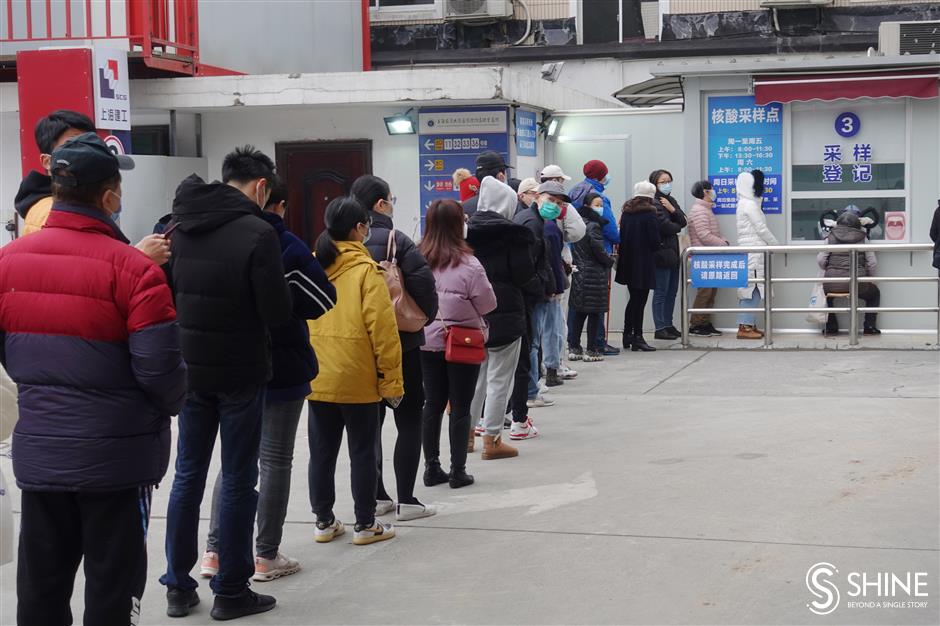 People line up for nucleic acid tests in Ruijin Hospital in Huangpu District on Sunday.

With the Spring Festival approaching, many people in the city are having nucleic acid tests so they will be able to go back to their hometowns.

According to the current national regulation, a person who wants to return to their hometown from January 28 to March 8 should have a negative result for COVID-19 within seven days. Some provinces and cities have different stricter rules to prevent cross-infection.

A 19-year-old student from Shanghai Jiao Tong University, surnamed Huang, is one of the many who have had a test. The Jiangxi Province native was focusing on academic programs.

But on Sunday morning, she spent around 15 minutes in Ruijin Hospital in Huangpu District for a nucleic acid test so she can go back home and enjoy the vacation with her parents and relatives.

“Although I will leave the city tonight, the time is still enough because I can get the result online this afternoon,” Huang said. 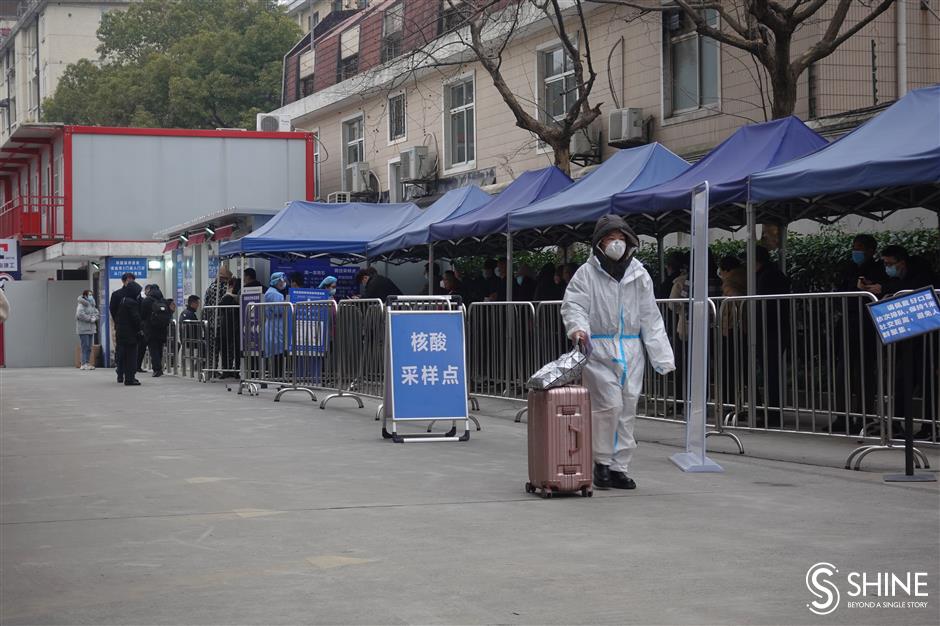 She said she felt at ease about the current situation with some people diagnosed with COVID-19 in the city, though her parents are worried about her and asked the young woman to come home as soon as possible.

“Compared to the unnecessary anxiety, protecting ourselves with masks and washing hands frequently is more important,” she said.

A woman, surnamed Wang who works in the city and will go to Guangdong Province in three days, said that a reunion is her family’s tradition during the Spring Festival.

“I am confident in the local medical skills and management,” she said.

Among the people taking the tests, there are some returnees. An Ayi (domestic helper) surnamed Song returned to Shanghai on Thursday. She went to her son’s wedding on Wednesday in Henan Province.

“My employer needs me during the festival which is always a busy time for us, so I came back immediately,” Song said.

“Based on the strict control of the government, I don't feel nervous about what happens these days in China but to reassure my employer and also myself, I had the test today,” she said. 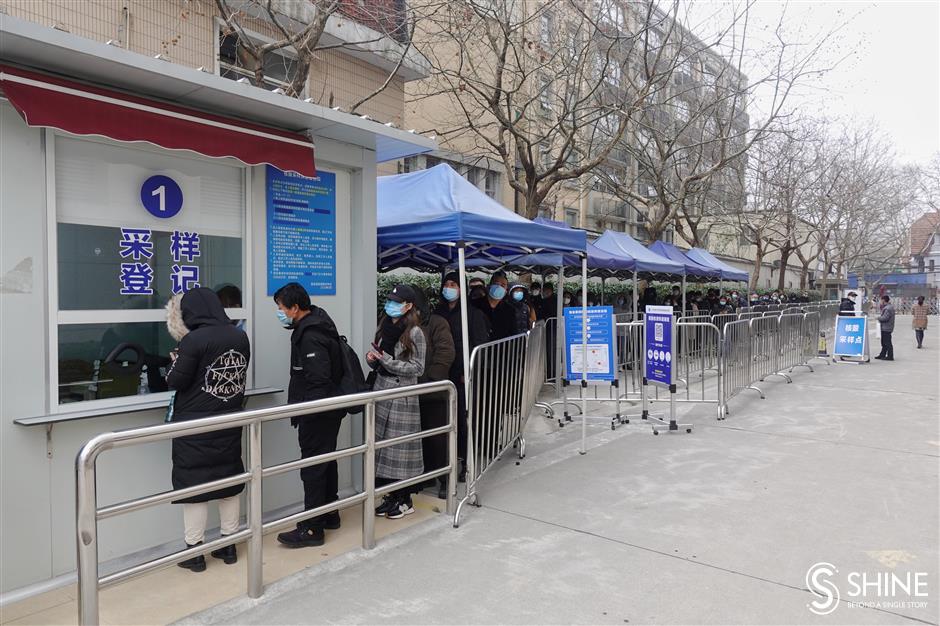 Under staff guidance, people lined up in an orderly manner at Ruijin Hospital on Sunday. When the number of people increased at 10am, a new window for testing was opened, with three windows in total.

During the morning, more than 460 samples had been collected.

Meanwhile, other local hospitals also have prepared for the possible increasing number of people.

To satisfy the public's demand of taking COVID-19 tests, Shanghai Yueyang Hospital Hospital of Integrated Traditional Chinese and Western Medicine in Hongkou District said they have worked out an emergency plan. Shanghai Seventh People’s Hospital in the Pudong New Area also said the number of staff members for testing will increase, and the available times will be extended during the peak times.