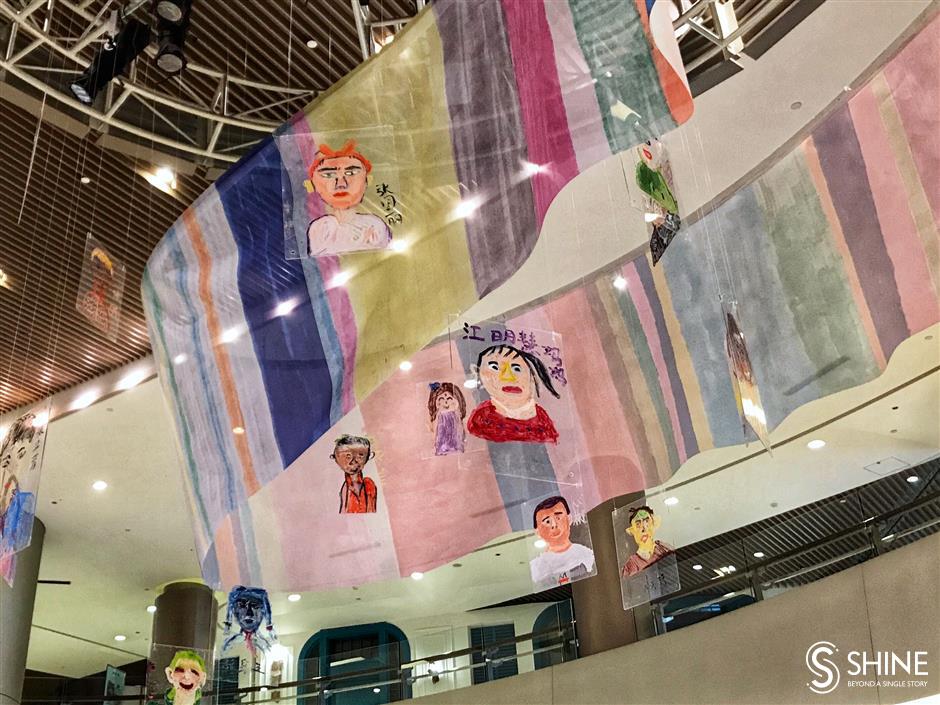 Paintings by left-behind children of their parents

An exhibition of art by rural children in China was launched at the Shanghai World Financial Center on Monday.

The free exhibition, which will run until February 20, features paintings, scrapbooks and photographs by students in rural areas in Sichuan, Gansu and other remote provinces. 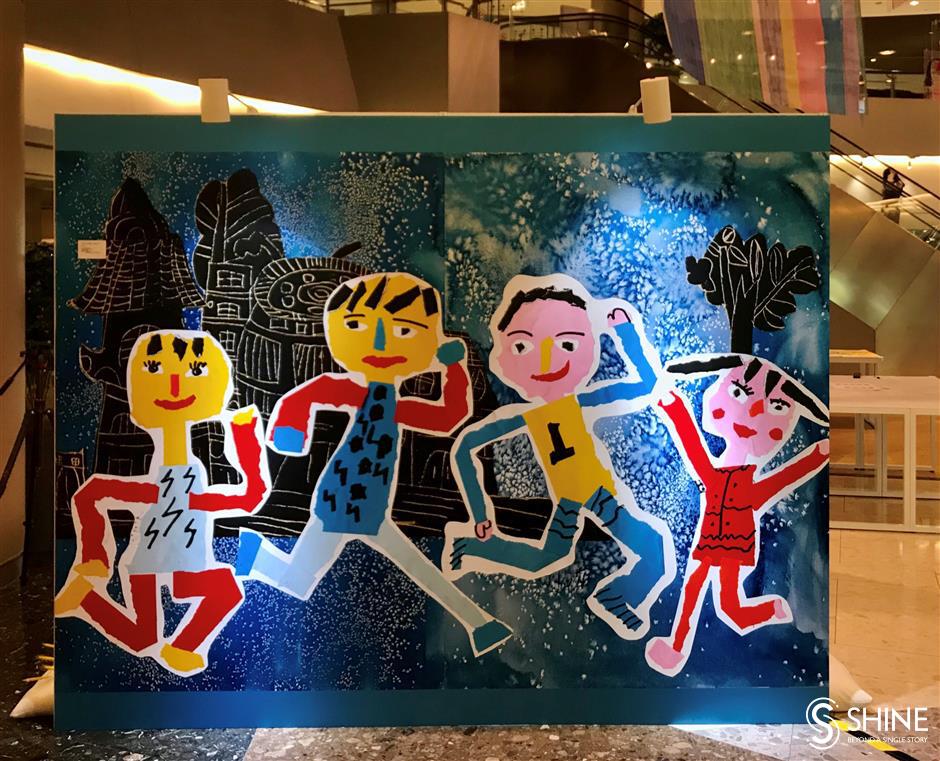 They have drawn themselves as well as everything around them, including teachers and schools, parents and friends, clouds and trees, cats and dogs.

Some paint themselves with the mountains and rivers in their areas. Some use strong colors to represent feelings such as anger and sorrow. 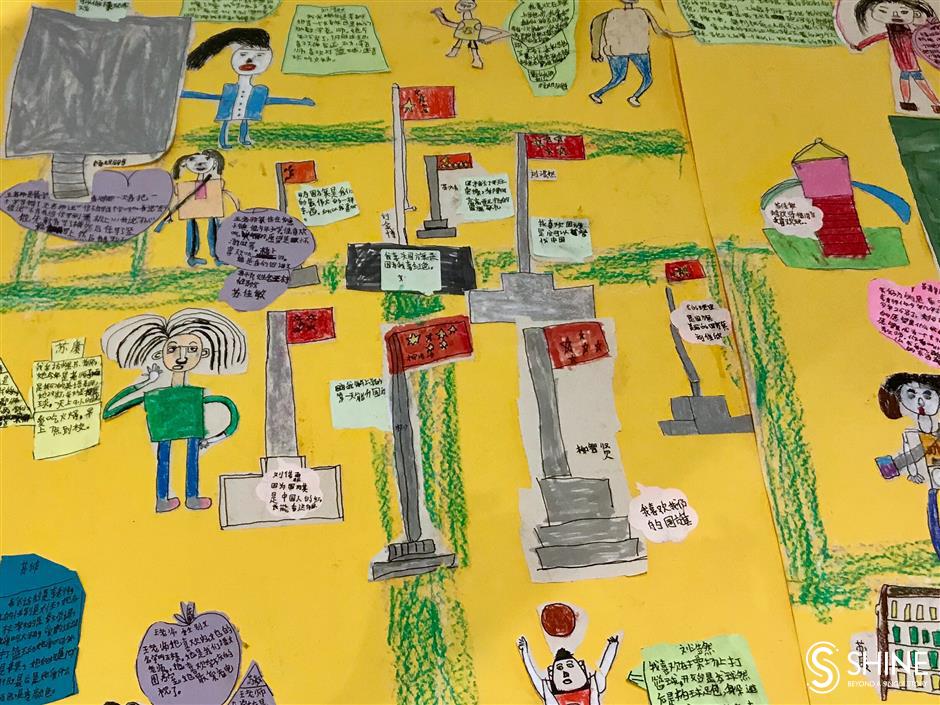 One work features the playground at Hanjiagou Primary School in Gansu Province.

Some use painting and text to introduce their hometowns and schools.

One work by students at Hanjiagou Primary School in Gansu features students and teachers in the playground.

“I love playing basketball at the playground,” Liu Haoran wrote down alongside his painting of a boy wearing a red No. 3 basketball vest. “I shoot the ball and I win.” 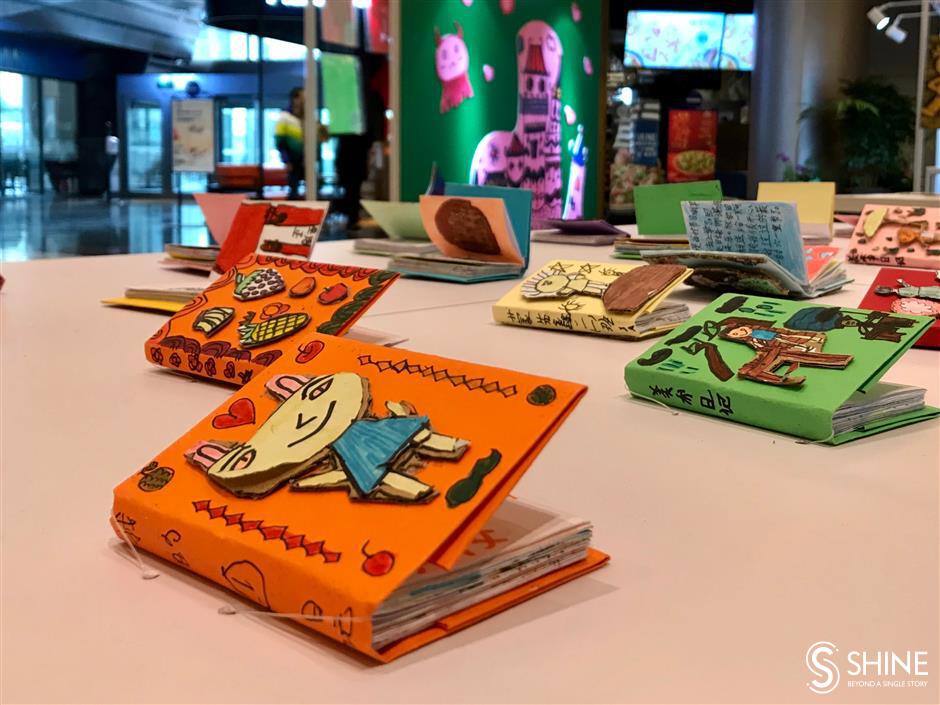 Su Wei painted a math teacher surnamed Li as a young woman with a side ponytail.

“I interviewed her. She said she loves playing basketball and eating apples,” Su wrote alongside. “She cares for me at school. Once I accidentally got bruised and she applied a dressing to my wound.”

Above visitors' heads are hung pictures painted by left-behind children who have grown up with their grandparents in rural regions while their parents worked in the city. 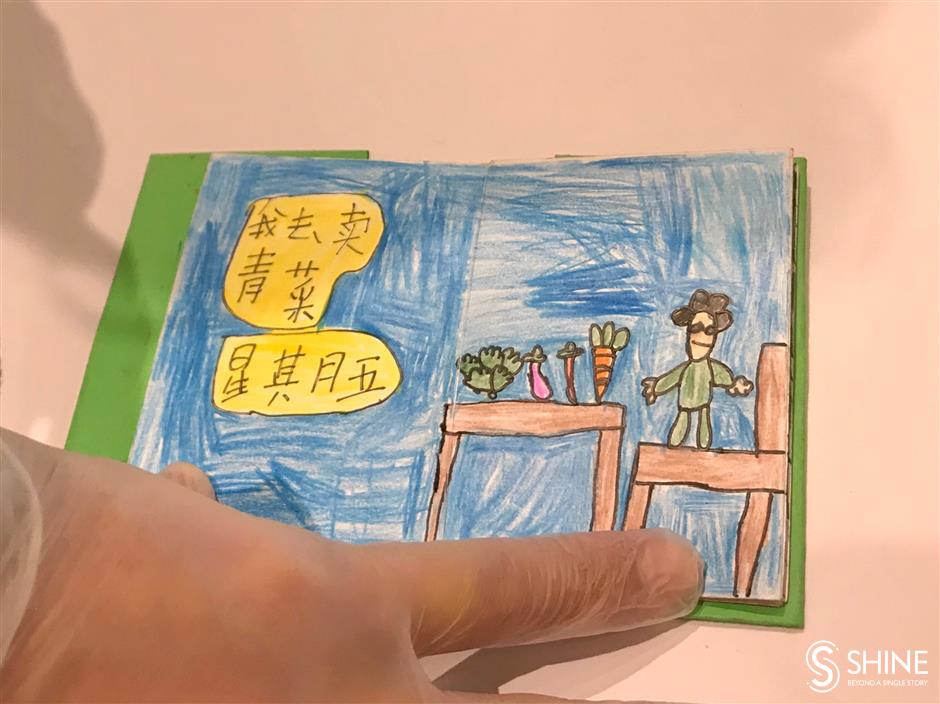 A child's picture book and diary

Tian Xiaogeng, one of the exhibition organizers, said natural resources and old traditions are the biggest treasures in rural areas, and they are reflected in the children’s work.

It’s a stereotype that art education is far from rural children. While, in fact, even in remote areas, schools have art facilities, he said. What they lack is qualified teachers and relevant resources, Tian added.

“We hope to encourage more people to join us to offer quality art education to rural children,” he said. 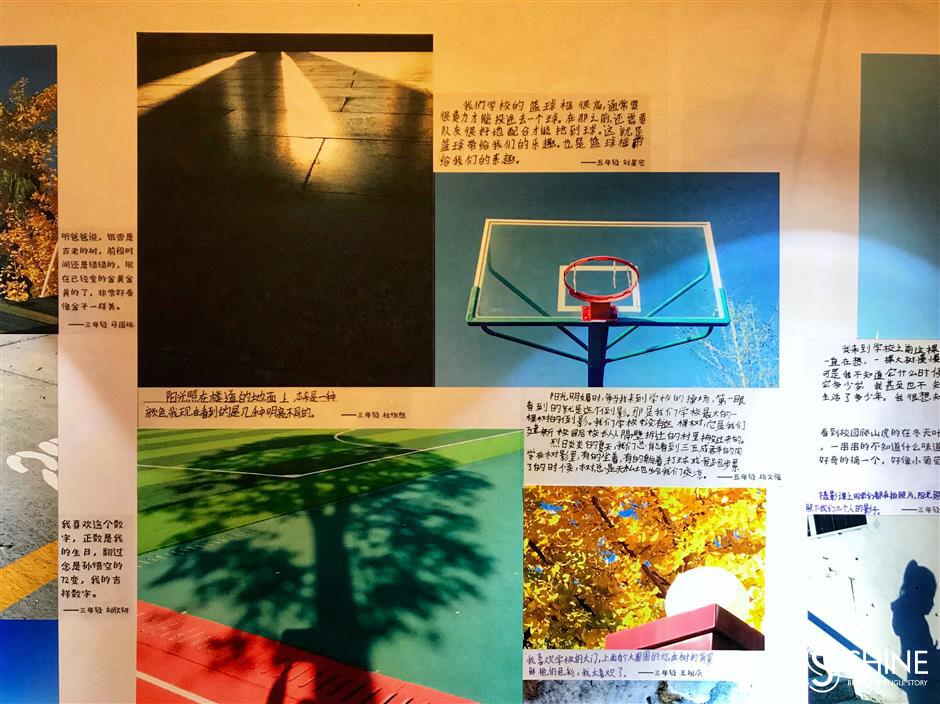