Up in the clouds for first day of Spring Festival 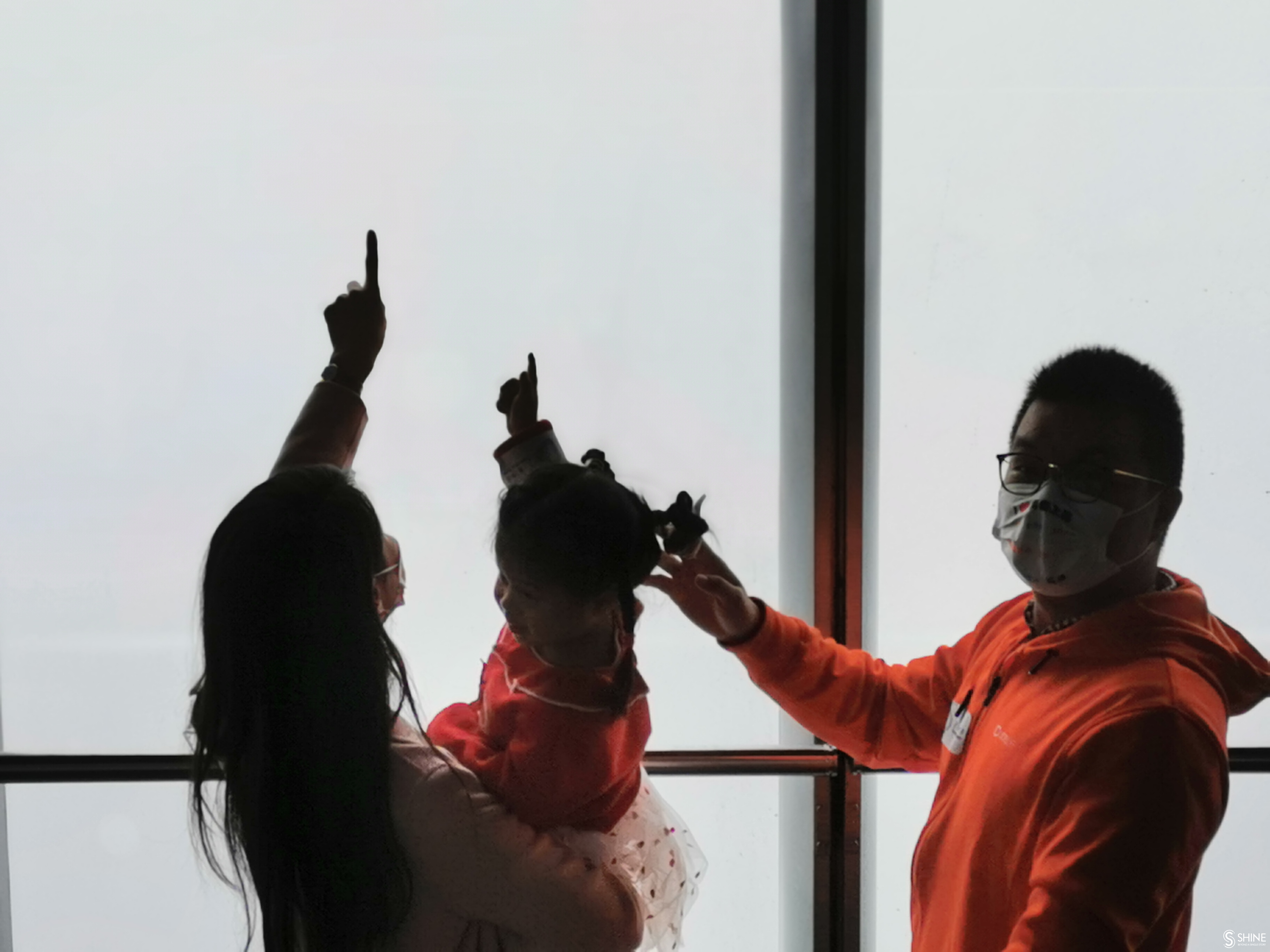 In the clouds and on the top of the city was how dozens of non-natives of Shanghai not returning to their hometowns for the holiday, and young people visiting the city for Spring Festival celebrated the first day of Chinese New Year.

They were invited to Shanghai Tower's observation deck on 118th floor today by Youth League Shanghai.

The observation deck's glass windows feature the names of every Chinese province and list the distances between Shanghai and the capital cities of those provinces. Under foot is a magnificent view of the city’s futuristic landscape.

“It’s a tradition for Chinese to climb up to a high place on the first day of Chinese New Year, and that’s why we’re here,” said Zheng, who is a native of Jiangsu Province.

His wife Han is a Wuhan native and hasn’t been home since October 2019. Because their daughter is so young, they decided not to travel during the holiday season.

“When I talked to my parents, I could feel they really wanted to see me in person, and I’m sure this will happen this spring,” Han said.

You Libo, an automotive engineer, was at the event with his wife Huang Qin, who works for a nonprofit organization. You said they decided to stay put to avoid burdening people back in their hometowns due to the pandemic.

“We invited our colleagues and friends who are also from out of town to our home on Thursday for New Year’s Eve,” You said. “We had fun together.”

Huang said she has a lot to look forward to for her first Spring Festival spent in Shanghai.

“I usually don’t feel like going out on weekends, but this holiday we’ll finally be able to explore the city,” she said.

Huang and You, who married in 2019, said they haven’t had a wedding banquet in You’s hometown yet due to the pandemic, but hope to do it later this year.