The cinema box office for the Spring Festival has had a robust start, taking more than 1.73 billion yuan (US$266 million) nationwide on Friday, the first day of the Chinese New Year.

It was also a world single-day box office record.

Shanghai was the best-performing city in the country for ticket sales.

Statistics from the online ticketing platform Maoyan show that 83.7 million yuan worth of tickets were sold in the city for screenings on Friday, a nearly 40 percent increase over the Chinese New Year’s Day (February 5) in 2019.

A total of seven Chinese films will be released during the weeklong Spring Festival holiday. Among them are comedy-mystery “Detective Chinatown 3,” fantasy thriller “Assassin in Red,” fantasy flick “The Yinyang Master,” comedy movies “Hi, Mom” and “Endgame,” and animated features “New Gods: Nezha Reborn” and “Boonie Bears: The Wild Life.”

With revenue that has already surpassed 1 billion yuan, Chen Sicheng’s “Detective Chinatown 3” is the top-grossing movie, followed by “Hi, Mom” and “Assassin in Red.”

According to Li Ying, an official from Wanda Cinemas, the Wanda Cinema at Wujiaochang took about 730,000 yuan on Friday, ranking first among all the cinemas in Shanghai.

“Each screening at the cinema was full on February 12,” said Li. “The diversity of film genres and cinematography has given audience more options this year.”

Wancy Yang, a movie buff, attended three screenings, “Detective Chinatown 3,” “Assassin in Red” and “Endgame,” with her family on Friday. They have postponed their holiday travel plans, instead celebrating at the cinema.

She was surprised to see that each of the screenings was full, including one that began at 9:30am. After the screenings, she saw many people staying to take family photos at the theater.

Gu Yan, general manager of Shanghai Film Art Center, speaks highly of the artistry of “Detective Chinatown 3” and “Hi, Mom,” especially for their stories and acting.

“Due to the pandemic, many out-of-towners didn’t return to their hometowns for the holiday this year, and traveling and gatherings have also been reduced,” Gu added. “More and more people have chosen to relax and celebrate the festival with their families at cinemas.” 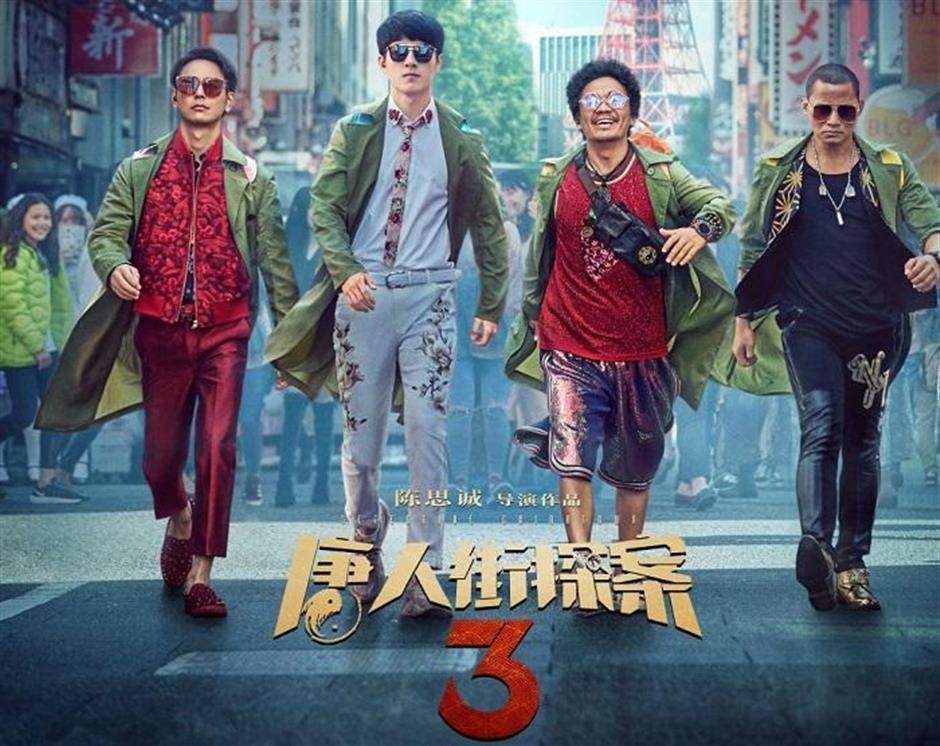