Posters outlining coronavirus prevention and control at cinemas have been issued by Shanghai Center for Health Promotion.

Going to the movies is popular among locals during the weeklong Spring Festival holiday.

The posters advise it is better to book tickets online and keep social distance while collecting them.

It is a must to have temperature taken and show health code when entering a cinema.

A mask should be worn during the entire screening.

Reducing conversation, and not drinking or eating are also important. 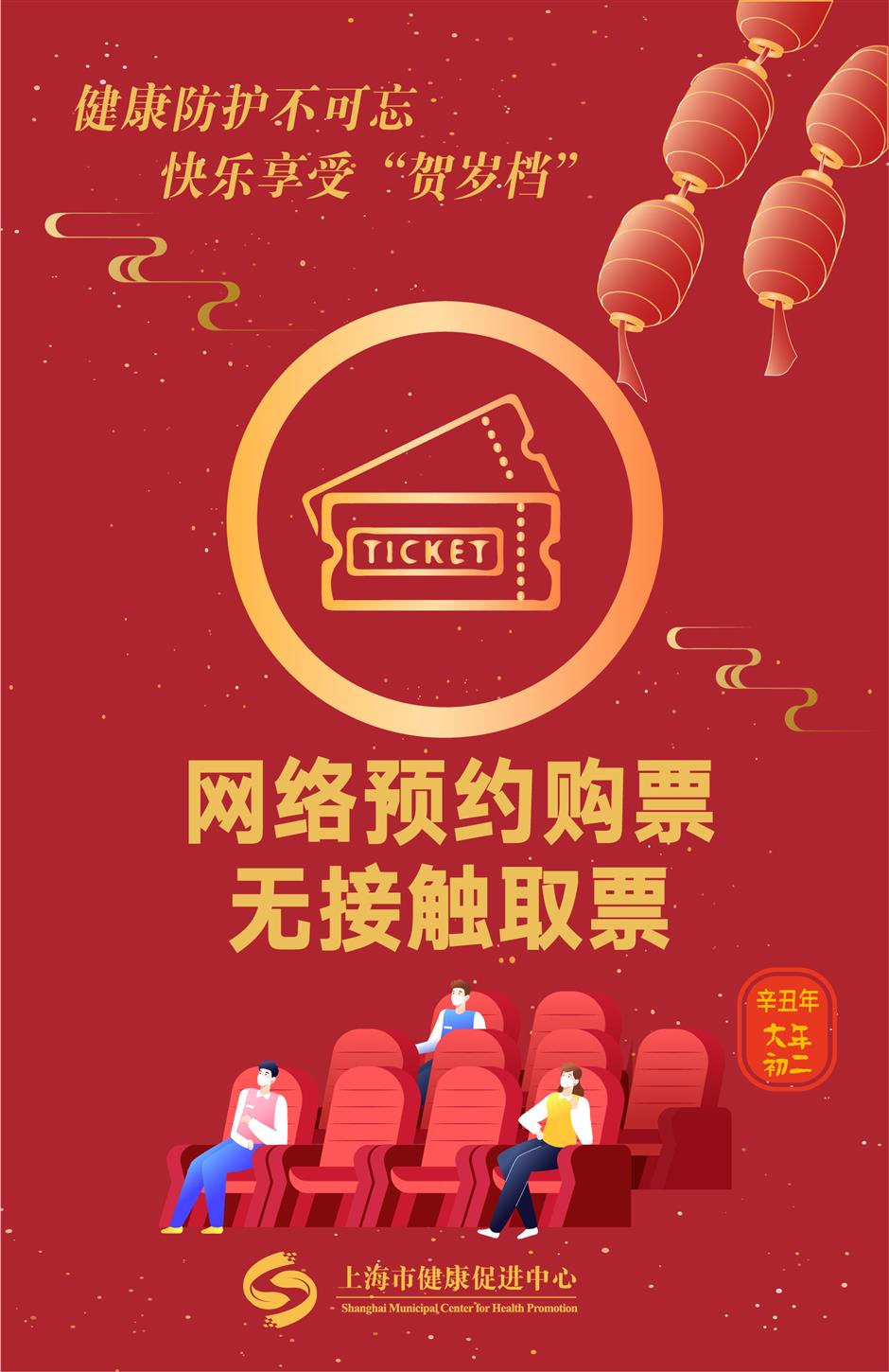 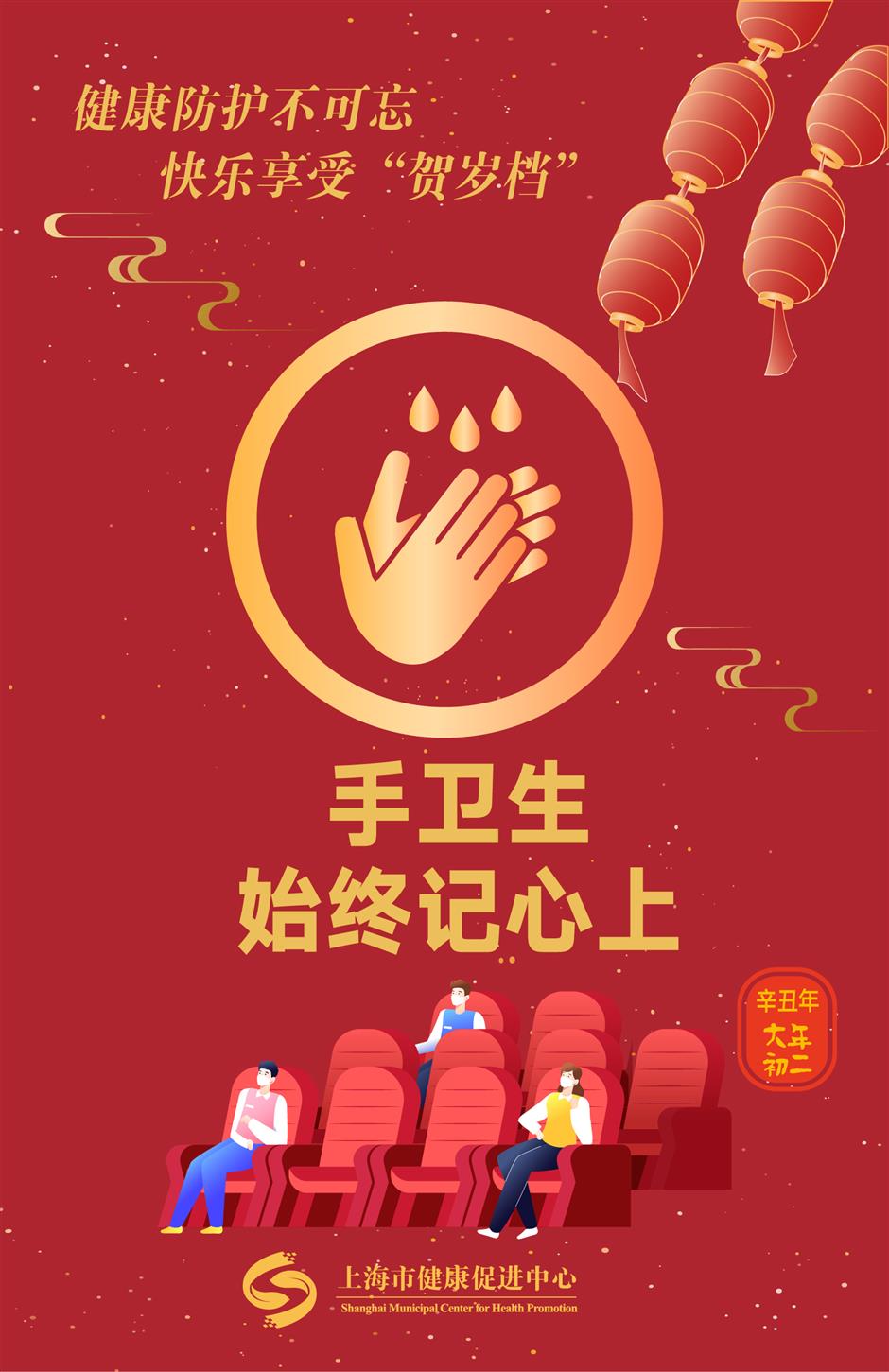 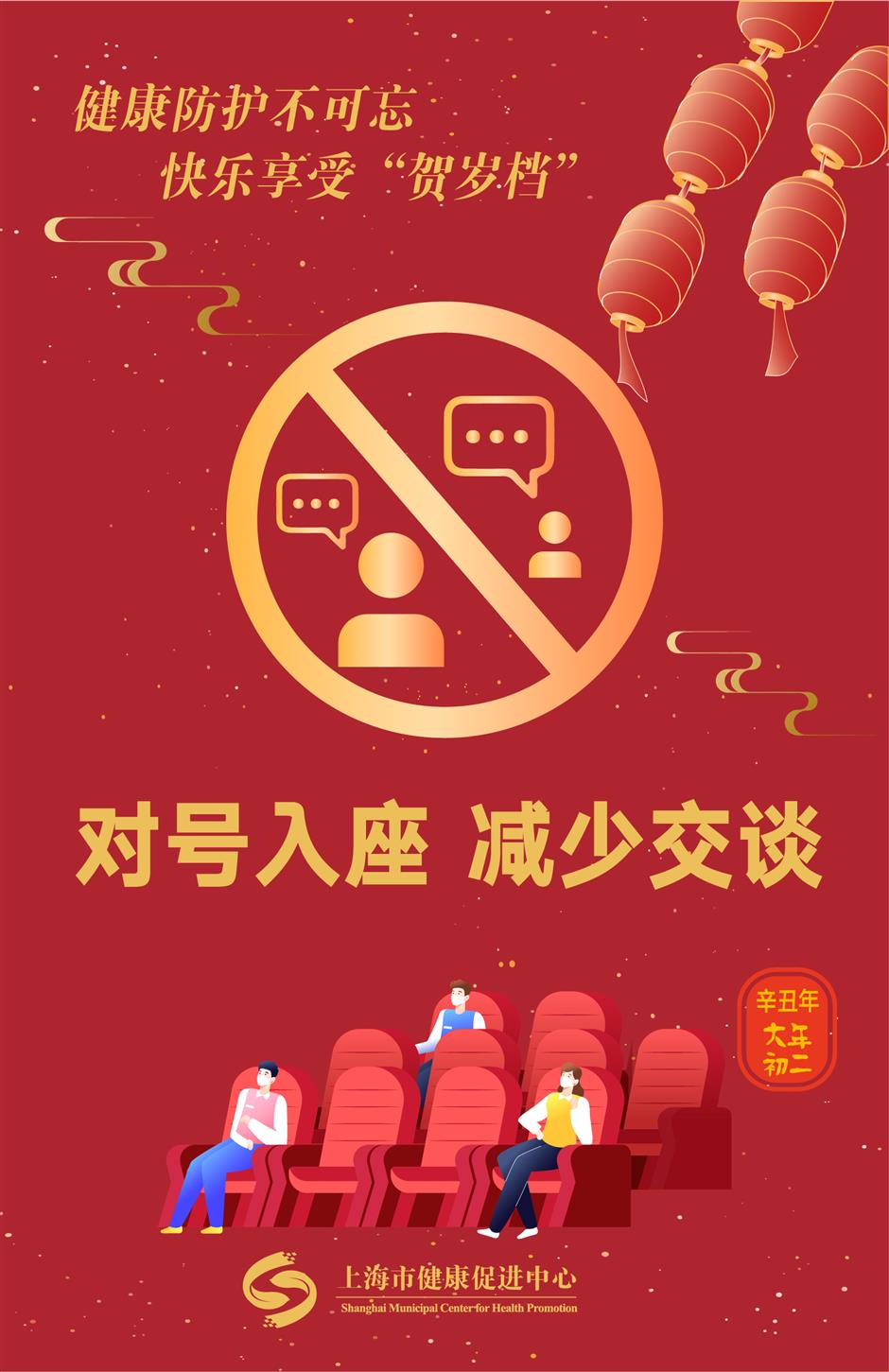 Reduce talking and discussion inside cinema. 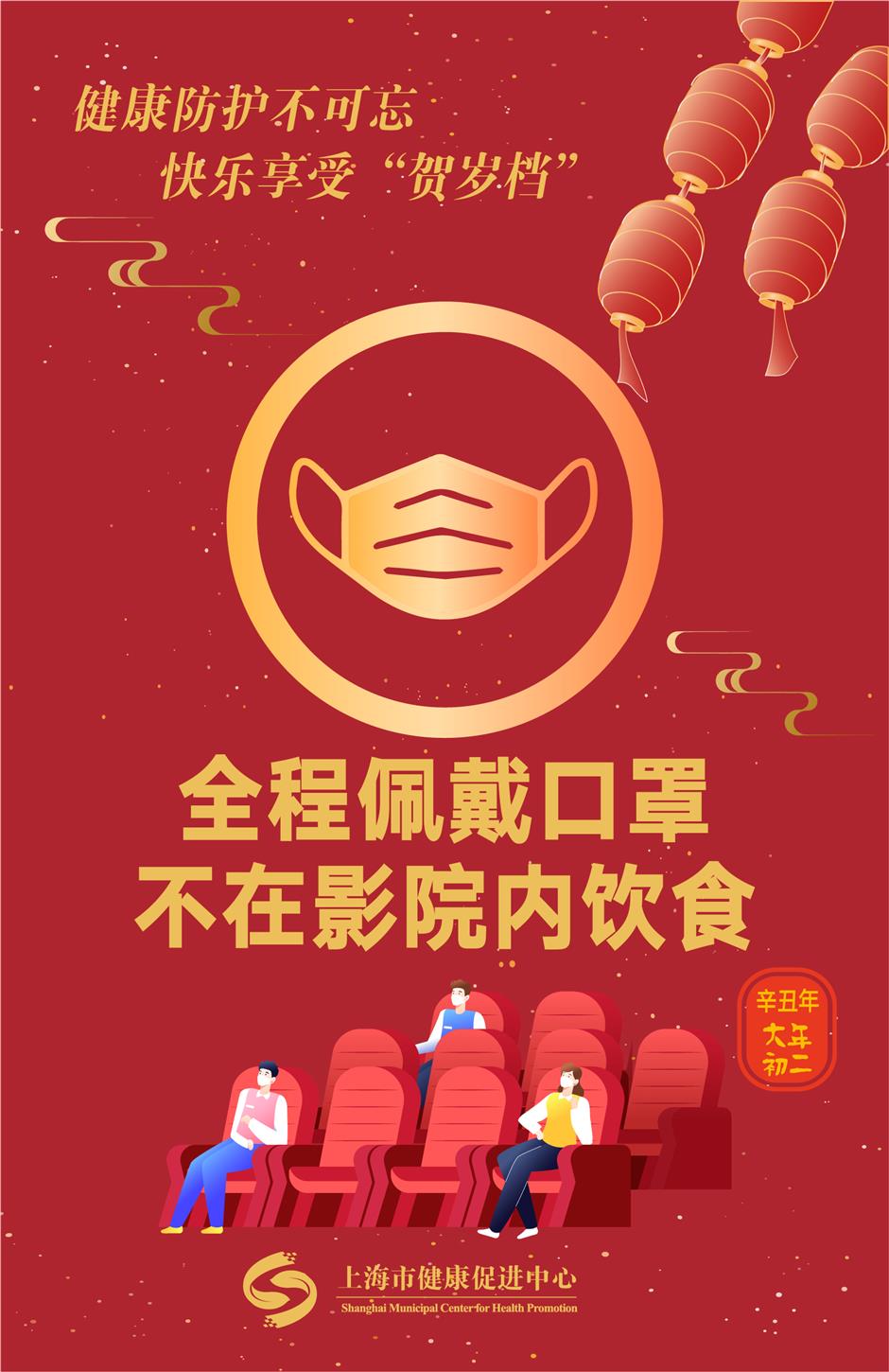 No drinking or eating in the cinema.