Another cold front will hit the city on Wednesday and Thursday, with falling temperatures and gusting winds, according to the city’s weather bureau.

The highs will be 8 to 9 degrees Celsius with lows of 1 to 3. However, the mercury is predicted to plummet to - 3 degrees in suburban areas Thursday morning.

Winds are forecast to be more than 70 kilometers per hour in local coastal areas — strong enough to break tree branches.

Temperatures will begin to rebound Friday, with a high of 23 predicted for Sunday.

The local ecology and environment bureau predicts good air quality over the next three days.

Strict management and control of fireworks and firecrackers in the city has resulted in clear air over the holiday. 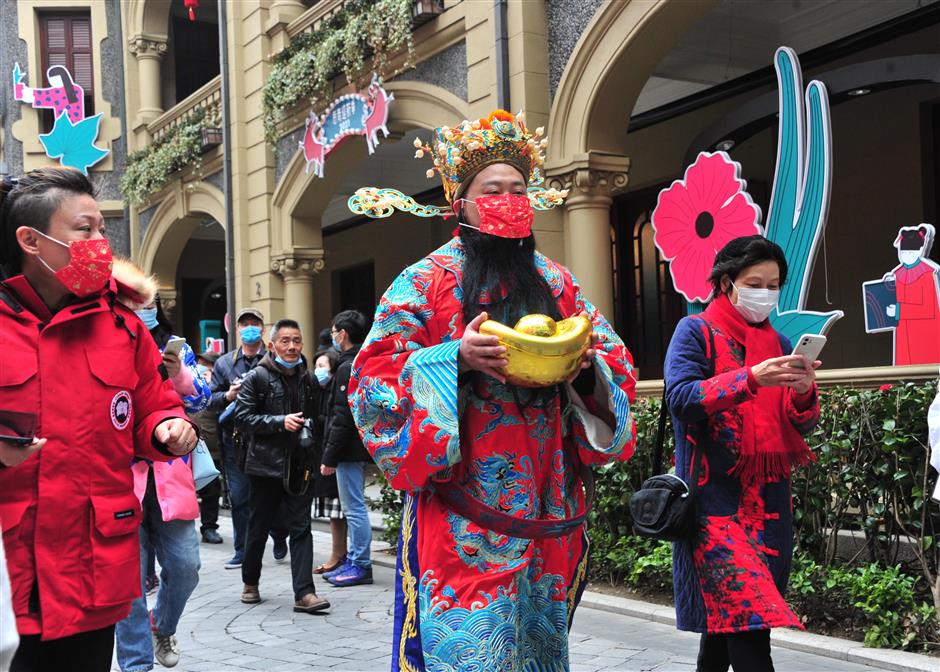 A person dressed as the Chinese God of Wealth on Monday in Huangpu District.

Setting off fireworks and firecrackers is a Chinese tradition during Spring Festival, but the practice has been banned in the area within Outer Ring Road since 2016.

In the past, people set off fireworks and firecrackers on the 4th and 5th days of the holiday to welcome the Chinese God of Wealth, resulting in highly polluted air.

This year, the concentration of PM2.5 during that period is under 35 micrograms per cubic meter, well below the safety standard.

More than 50,000 police and 300,000 volunteers have been on patrol to make sure people are following the ban on pyrotechnics, a police spokesperson said today.

Police have seized more than 1,700 fireworks and firecrackers.