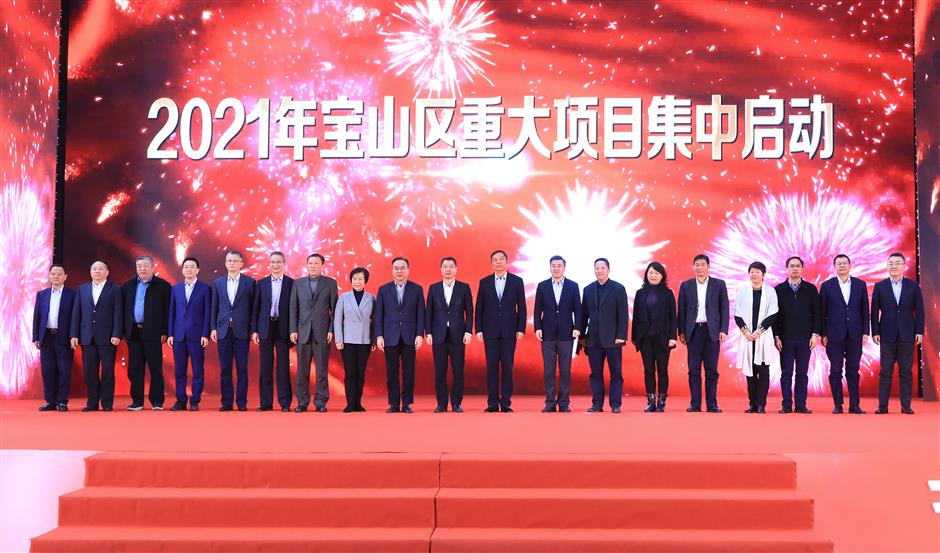 Government and company officials pose for a photograph as they celebrate the beginning of construction on key projects in Baoshan.

The 30 projects with a total investment of 20 billion yuan (US$3.09 billion) will help convert the Wusong area, known as the cradle of China’s modern industry, into an "innovation city," and the Nanda area, once a notorious industrial site with pollution problems, into a "smart city."

The district, once known for its iron and steel industry, aims to develop three major industrial parks centered on biomedicine, science and technology, and robotics between 2021 and 2023.

Three pilot zones, of a square kilometer each, will be initially developed at the Wusong and Nanda projects. A science and innovation pilot zone in Nanda aims to attract 7.6 billion yuan in investment this year. Office buildings covering some 274,000 square meters will be built to be home to financial services, research incubation and scientific firms, according to the district government.

The other two pilot zones, with total investment of 13.6 billion yuan this year, have launched constructions within Wusong Smart City.

In a key project, a vaccine production line developed by Shanghai Pharma and CanSino with a total investment of 400 million yuan will be able to produce 200 million shots of COVID-19 vaccine a year.

A Medipark project, developed by Guosheng Industrial Transformation Capital, is scheduled to open in September 2022 in Luodian Town, which dates back to the Yuan Dynasty (1279-1368).

It will cover 130,000 square meters and house around 100 biomedical companies, with total annual tax revenue of more than 100 million yuan. The annual production value will be more than a billion yuan, and 1,000 people are expected to work there. 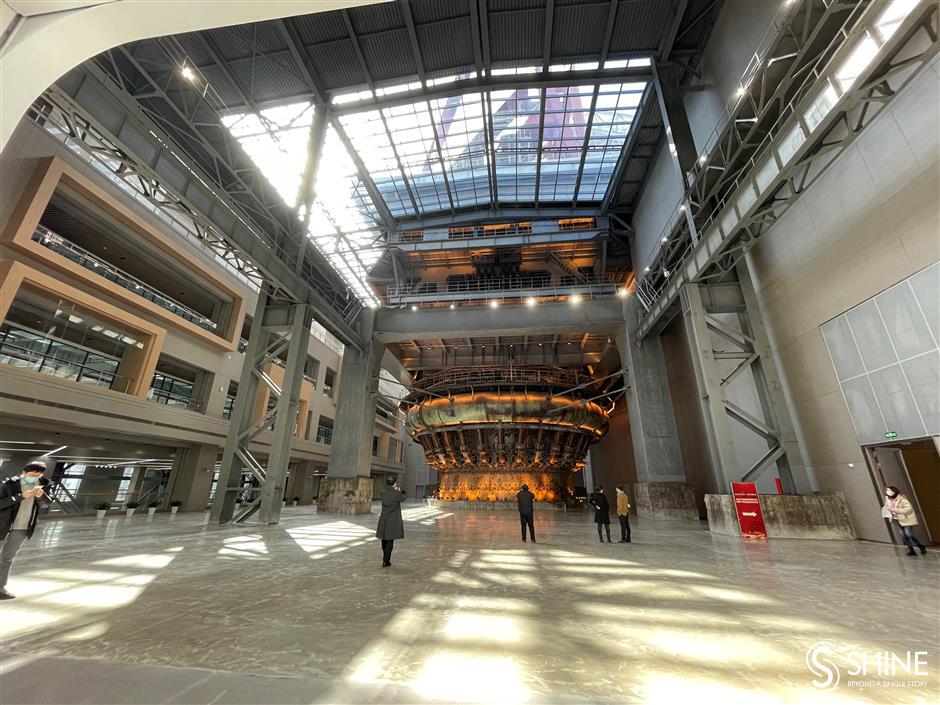 A huge boiler preserved in the China Baowu Steel Conference and Convention Center in Baoshan District.

The Baoshan Robotic Innovation Harbor, with total investment of 650 million yuan, will focus on the high-end intelligent manufacturing to become a cluster zone for China’s robotic sectors.

A ceremony to mark the beginning of the key projects was held at the recently opened China Baowu Steel Conference and Convention Center, renovated from what was the tallest iron-steel boiler in Shanghai.

The site, a demonstration of the new round of transformation, was once home to the city's earliest iron-steel plants — the No. 1 Shanghai Steel Factory — and later became the core production base of Baosteel. Chairman Mao Zedong and former leaders Deng Xiaoping and Jiang Zemin visited the site.

To further attract investment for the projects, the Baoshan government released 10 new measures on Thursday to better serve companies and attract professionals.

New companies in Baoshan, as noted in one of the new measures, can acquire the certificate and license from the authority through a single process and within a day.

Major construction projects will be able to receive the approvals to start the construction right after the land transferring.

The district government will also dispatch a specialist for each of the key companies to solve all kinds of difficulties.

The district government also upgraded its “cherry blossom cards,” the talent cards that offer preferential services to its top professionals.