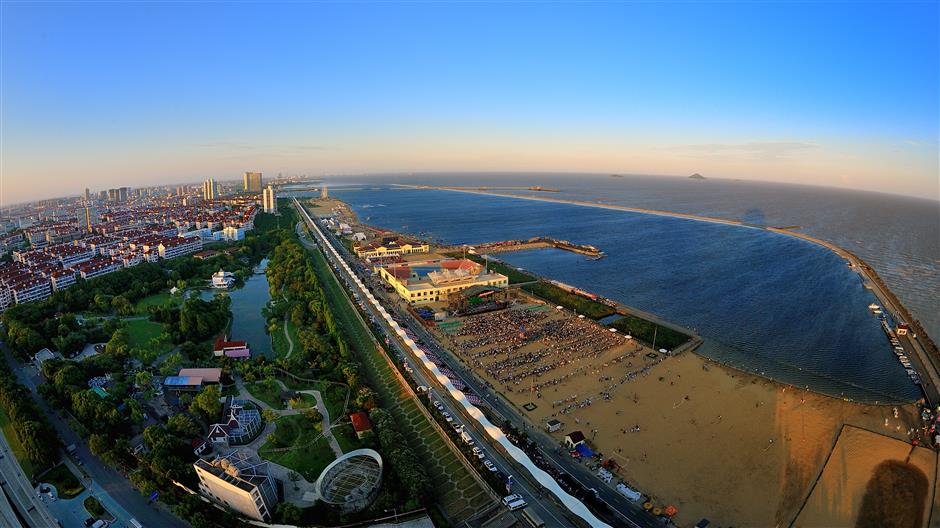 A view of the coastline in Jinshan District.

Further land reclamation has extended suburban Jinshan District’s shoreline in support of its goal to be a world-class coastal resort.

The district recently reclaimed 3.08 square kilometers of land from the sea to make room for a 2.2 billion yuan (US$340 million) project that will feature natural wetlands as well as entertainment, business and accommodation facilities.

“We hope to provide Shanghai residents and visitors from the Yangtze River Delta a local version of the Gold Coast,” said Wu Jun, board chairman of Jinshan New City Construction Development Co.

During the 14th Five-Year Plan period (2021-2025), construction will start on themed parks, art centers, high-end residences and resort hotels. Next, the focus will be on wetlands, food fairs, health-care centers, film bases, and yacht and outdoor clubs, he said.

Wu’s company and Shanghai Forte Land Group signed an agreement on Thursday to develop the resort together.

Under the plan, it will cover an area of 8.1 square kilometers, including two existing 4A national tourist attractions — Jinshan City Beach and Jinshanzui Fishing Village, the city’s last remaining fishing village.

Wu said the beach will host a variety of activities such as a beer festival and a firework festival, and the village will be further developed to have its tradition and culture highlighted. In addition, areas surrounding the Jinshanwei train station will be renovated as a new complex and hub for traffic, business and culture.