Yangpu officials unveil a service hotline for small- and medium-size companies in the district on Thursday.

The Huangpu River waterfront in Yangpu District attracted a new group of companies to set up their headquarters in the riverside region set to become a major online new economy park.

Fifteen companies in energy, e-commerce, science and technology, design, health and the online new economy signed with government bodies and innovation parks in Yangpu with a total investment of 5.2 billion yuan (US$803 million).

Many of them will be based in the Changyang Belt park along the river, which is one of the two online new economy eco-parks of the city along with the Zhangjiang Online park in the Pudong New Area.

The Yangpu riverside region is known as the birthplace of China's modern industries with the nation's first water, electricity, shipbuilding and textile companies. Many industrial buildings have been preserved during redevelopment. It includes a belt along the 15.5-kilometer waterfront featuring ecological gardens and new technologies, development patterns and businesses. 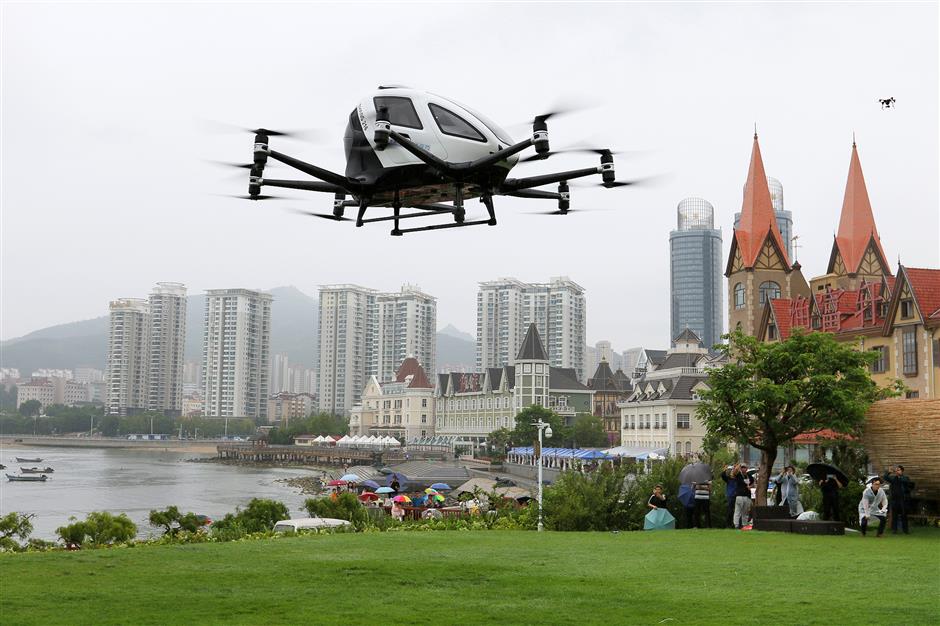 A passenger drone developed by eHang.

The district aims to attract a number of scientific firms to the waterfront and drive its future development, said Zuo Weidong, president of the district’s waterfront development firm.

EHang, China’s only passenger drone manufacturer approved by the Civil Aviation Administration of China, is among the companies that signed with Yangpu on Thursday. The Nasdaq-listed company will set up its regional headquarters for the Yangtze River Delta on the Yangpu waterfront.

“We’ve researched a lot of sites across the Yangtze delta and found Yangpu having the most similar atmosphere to Silicon Valley,” said Gong Weibin, chairman of the company.

The company has developed the world’s first manned drone, the AAV, which is expected to be used for sightseeing, medical aid, oil exploration, firefighting and agriculture. Passengers will be taken to a destination by typing an address on the drone, according to eHang.

According to Yangpu’s blueprint, over 30 such leading online new economy firms and 3,000 innovative tech companies along with 200 top professionals and 200,000 employees will be attracted or developed in the Changyang Belt regions by 2025.

To achieve that goal, the district launched a service hotline for small- and medium size enterprises on Thursday along with a batch of new support measures.

Over 70 business applications, for instance, will be approved immediately online. 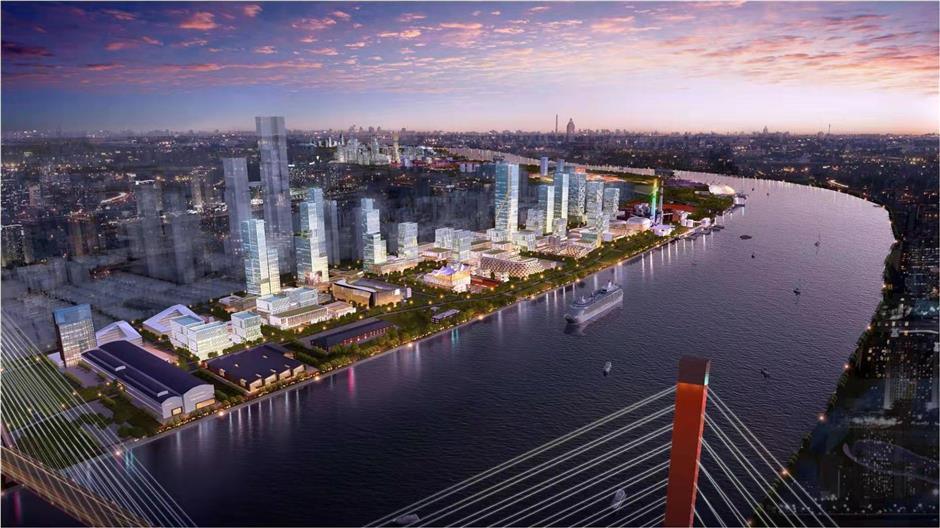