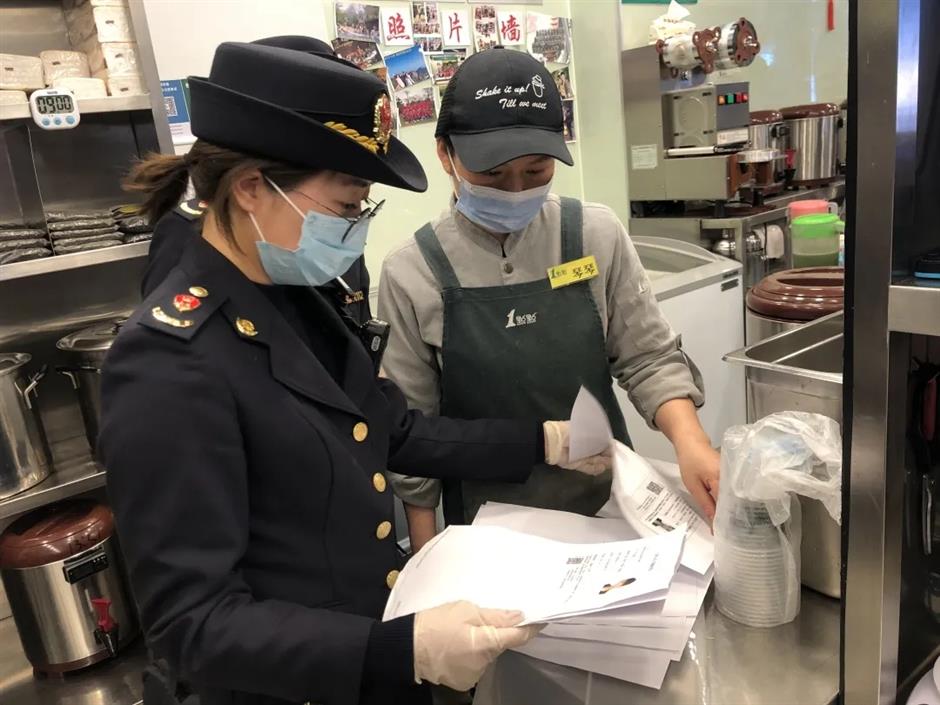 An official inspects an alittle-tea outlet in Fengxian District. 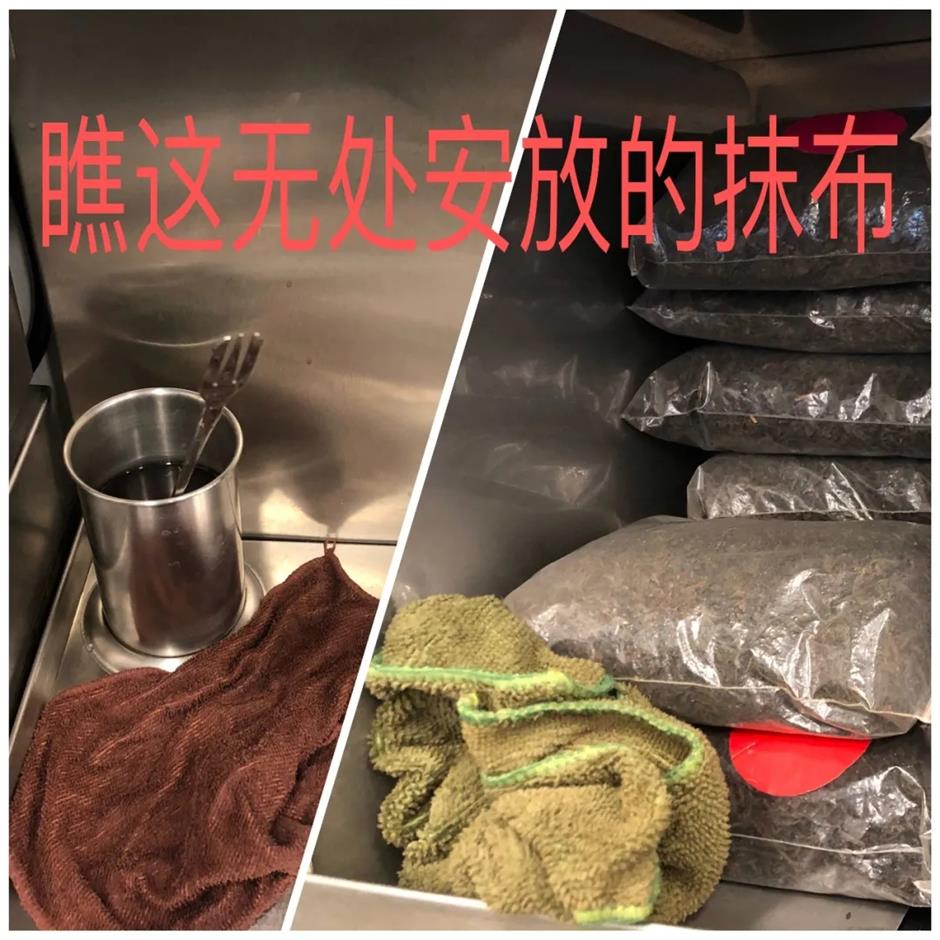 Rags placed alongside food at an alittle-tea outlet.

At an outlet of popular milk tea brand alittle-tea, officials found a worker did not have a health certificate and there were no labels on packages of drinks material, the Fengxian District Administration for Market Regulation said.

In addition, inspectors found rags placed at random around the shop. 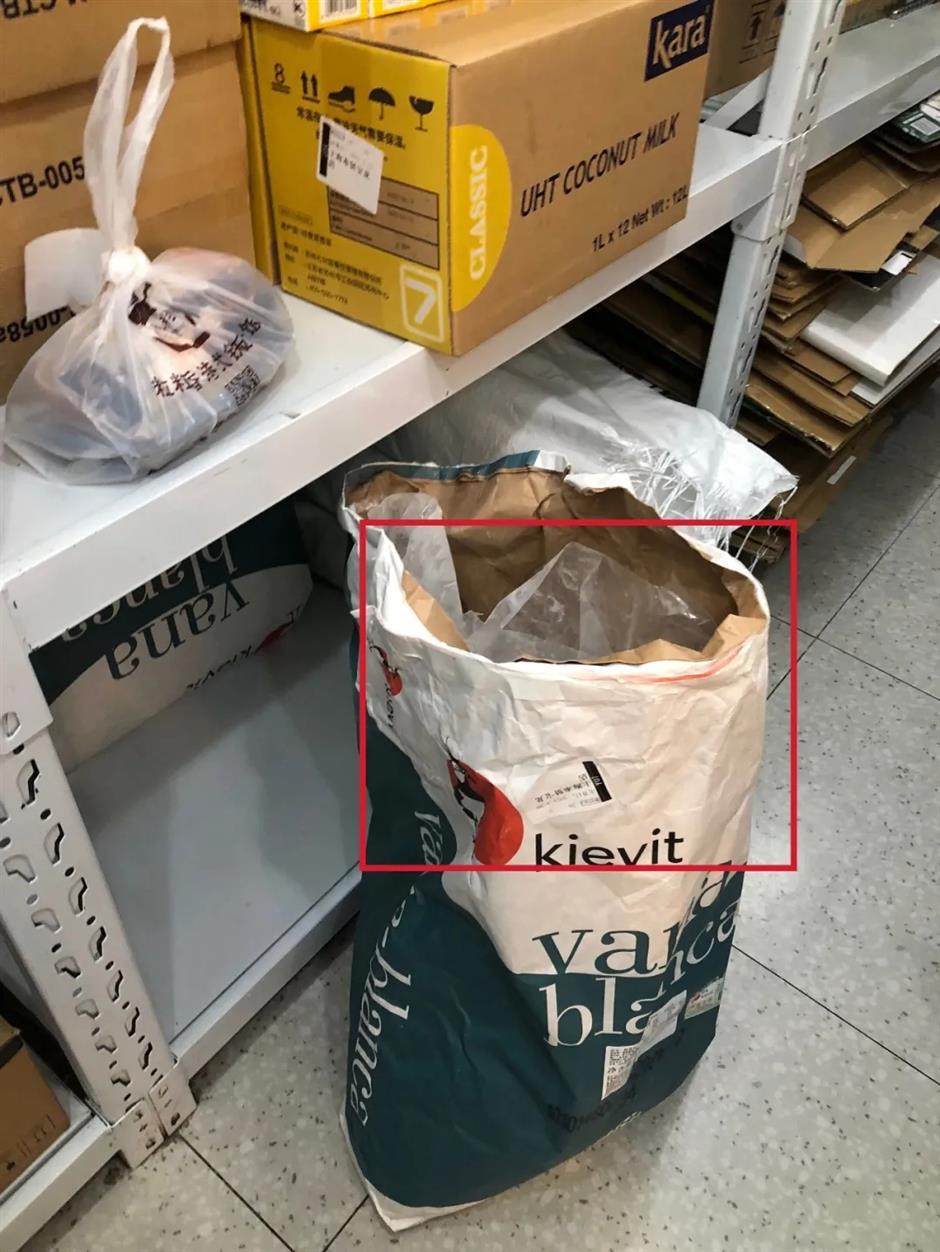 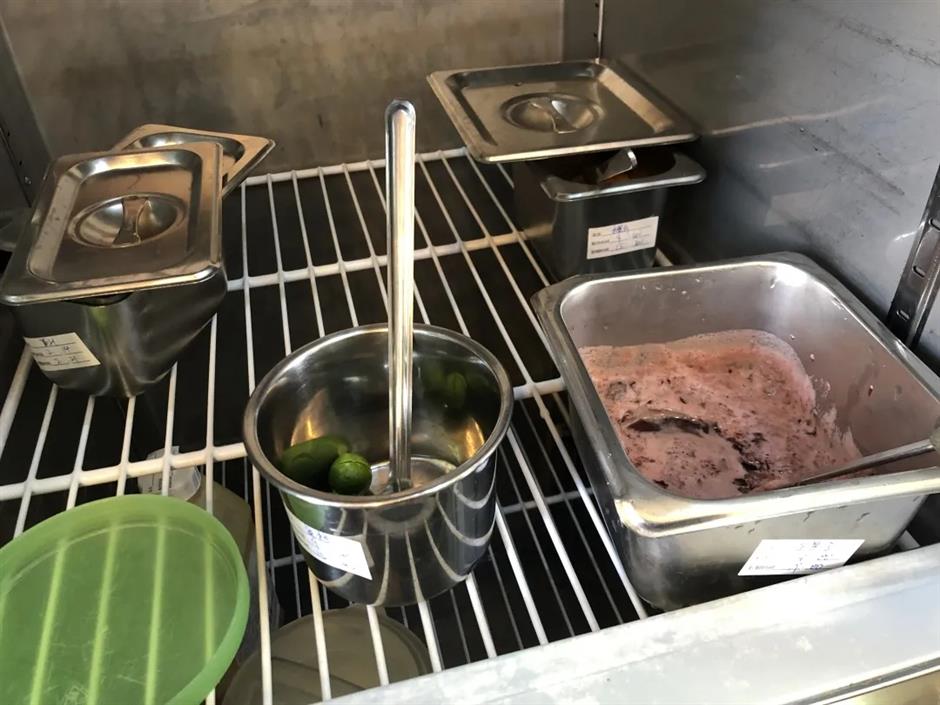 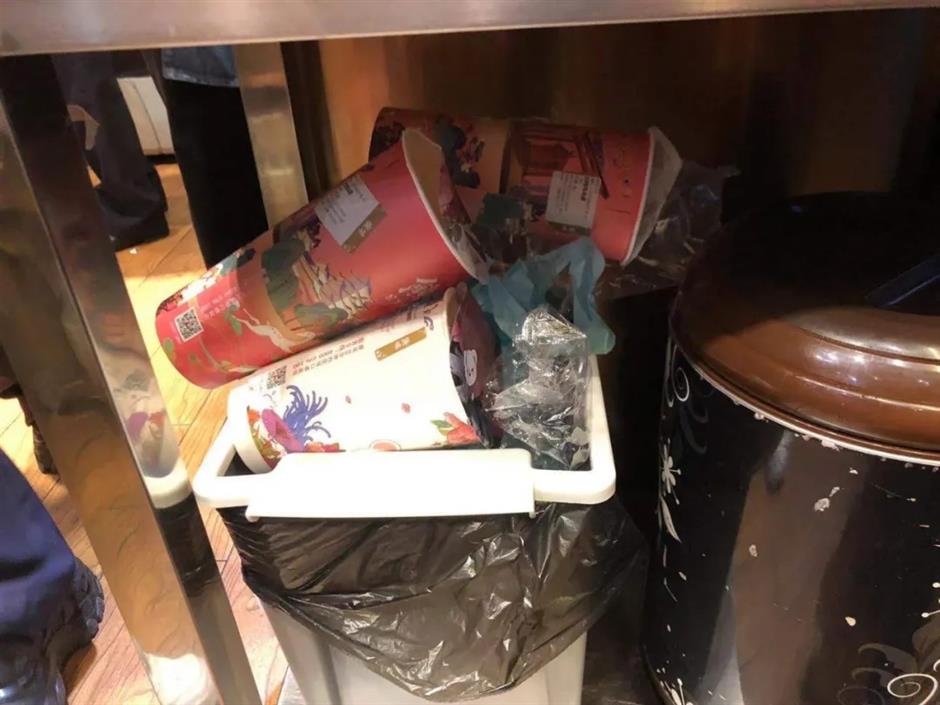 A garbage bin found overflowing at a Kumahime outlet.

At a Cha Bai Dao outlet, some semi-prepared ingredients and items such as boiled milk were not covered or sealed and some staff did not have health certificates or wear masks properly.

Workers at a Sweet7 outlet were found placing their own beverages along with raw materials, and the packages of materials were not sealed, officials said.

Waste fruit was disposed of randomly and also improperly handled at the outlet.

At a CoCo outlet, the kitchen floor was wet and dirty and all materials were not sealed, officials found.

Some food items were placed improperly at the shop, they said.

A Kumahime outlet was found placing fruit with cleaning tools and its garbage bin was not cleared timely with trash overflowing.

Its kitchen was dirty and its making drinks and cleaning tables practices found to be unsanitary.

Food materials were not sealed and placed inside a cupboard directly, officials found.

The businesses involved have been ordered to rectify irregularities, the administration said, or face administrative penalties if subsequent inspections fail to note improvements.