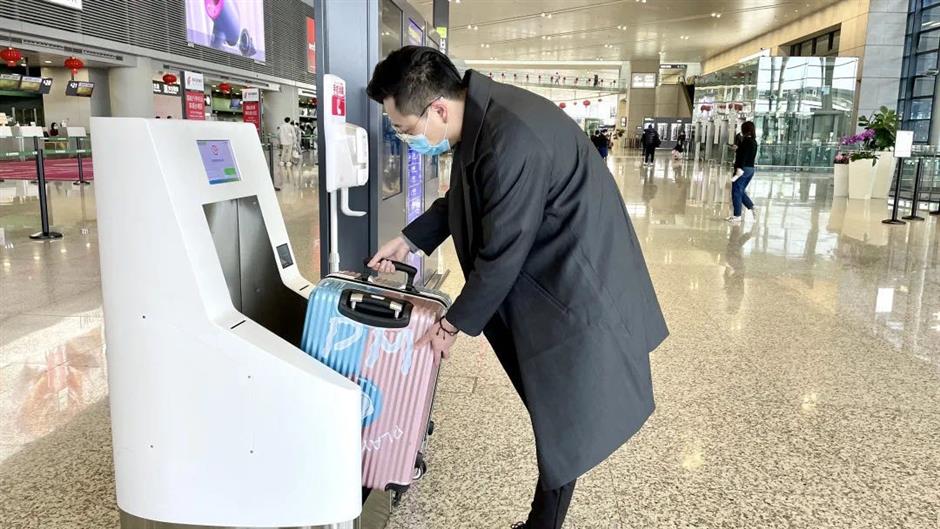 A passenger checks the size of his carry-on luggage at the new screening machine at Hongqiao International Airport.

Hongqiao International Airport has installed a self-service luggage screening machine for travelers to check whether their carry-on luggage can be taken onto the plane.

The machine is in the airport's T2 terminal, the Shanghai Airport Authority said on Tuesday.

When passengers put their luggage on it and choose an airline, the machine will check whether the size or weight complies with the carrier's rules.

It can remind passengers to check in oversize or overweight luggage in time. The machine is also equipped with a disinfection facility to sterilize the luggage while screening, the authority said.

Previously, staff at ticket counters or boarding gates relied on visual checks and required those carrying oversized or overweight luggage to return to the airlines' counters to check them in. 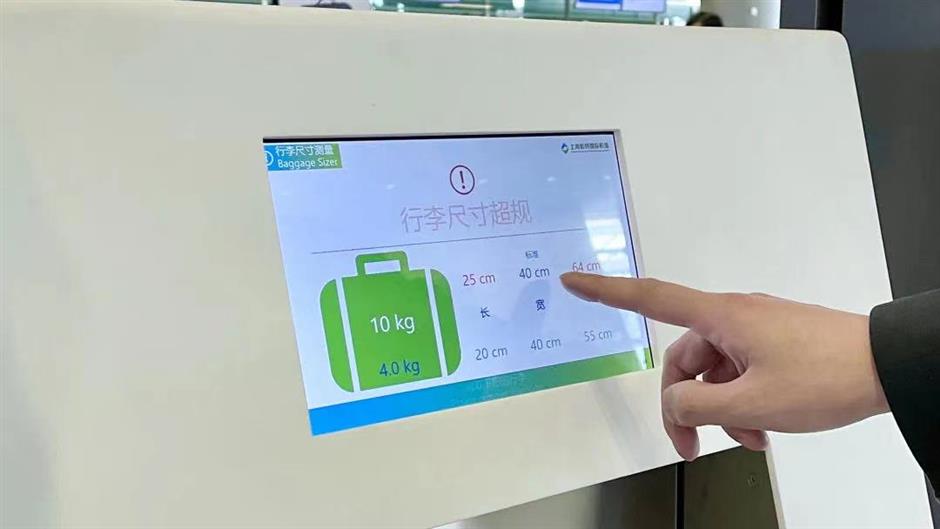 The machine displays the size and weight of a passenger's luggage.