Jing’an sits at the heart of Shanghai. It includes the essence of the history and culture of the city, home to century-old buildings, big-name attractions, glitzy retail malls and charming art galleries. Annual music and art events give the district a distinctive ambience. In this series, we showcase the highlights of Jing’an. 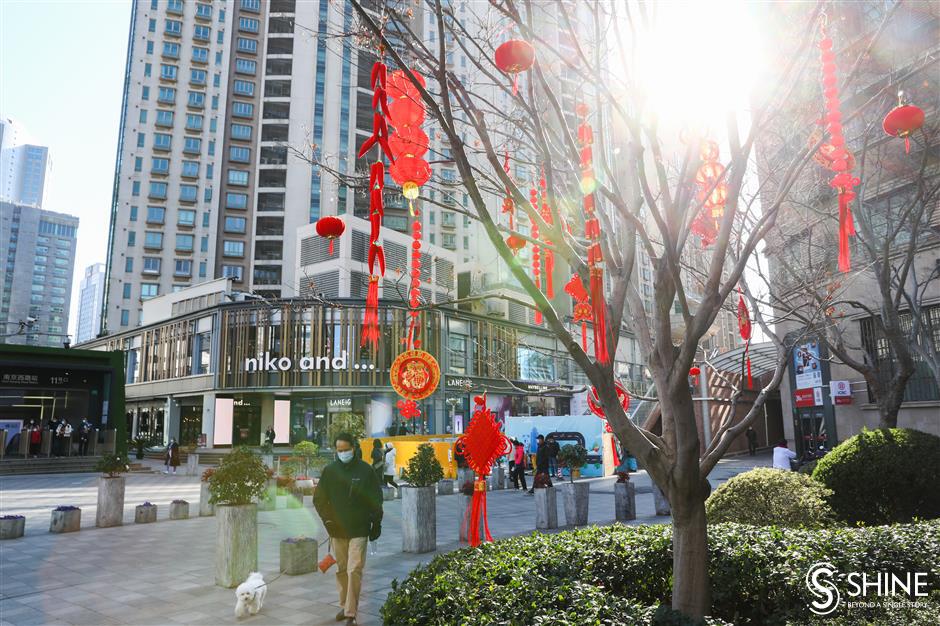 In downtown Jing’an, festive decorations are hung in the streets, shopping malls and tourist attractions.

This year, the city was surprisingly busy as many opted to stay put because of COVID-19 concerns — but that’s not to say the staycationers didn’t enjoy the festivities in Shanghai.

In downtown Jing’an, festive decorations were hung in the streets, shopping malls and tourist attractions.

The 11 packages included the restaurant’s recommended pork, beef and shrimp. Xinzhenjiang Restaurant, just 30 meters away from its rival, enjoyed twice the sales than it did last year thanks to semi-prepared and take-out food. 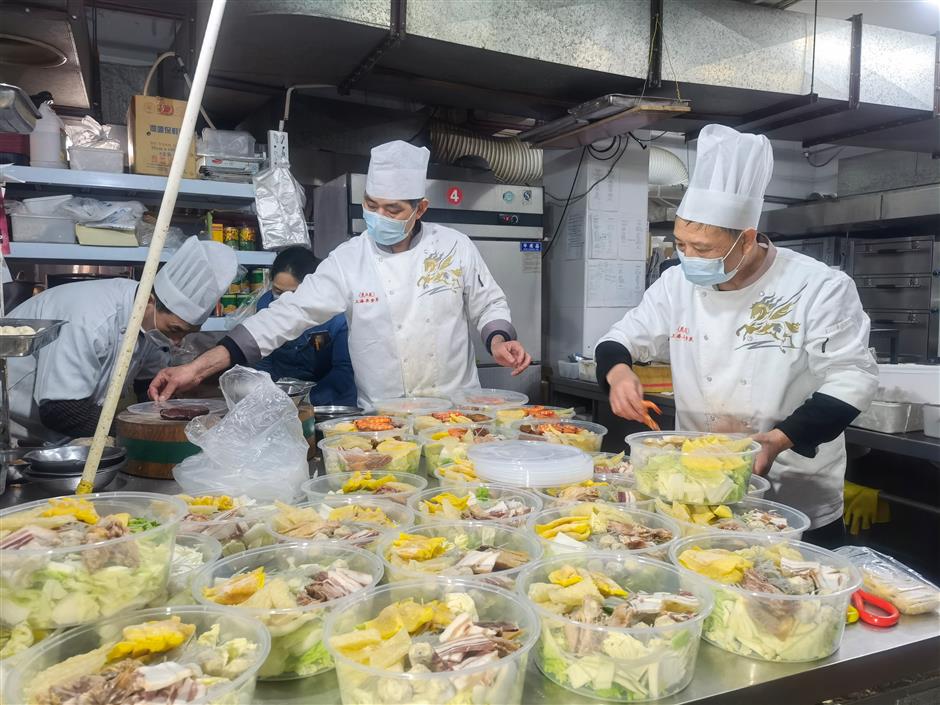 Magnolia trees in Zhabei Park have bloomed earlier than the seasonal norm.

Some kanhi-zakura cherry blossoms, a known early bloomer, flowered at Daning Park before a sea of tulip blossoms, while Jing’an Sculpture Park is filled with plum blossoms. 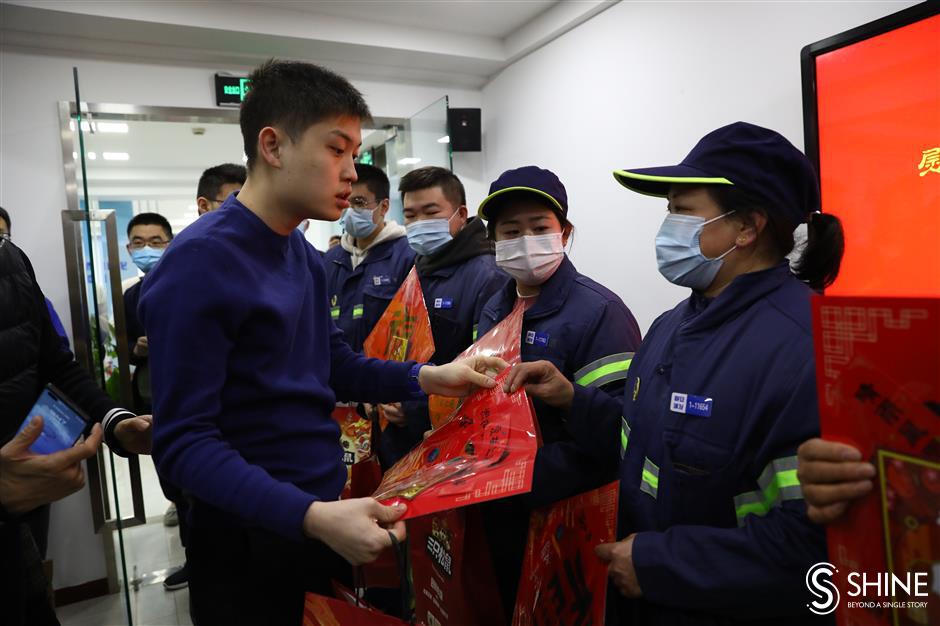 Song, a driver from an online ride-hailing company, has been working in Shanghai for three years.

“My love for this open and inclusive city grows every day. Here, I can see bright prospects,” he said.

Jing’an Party Building Service Center organized an event for migrant workers, with a variety of traditional holiday activities on offer, such as couplets writing and paper cutting.

Local sanitation worker Jiang Yuqing said, “Though I failed to reunite with my family, I felt like I was at home here. I had fun and I really enjoyed it.” 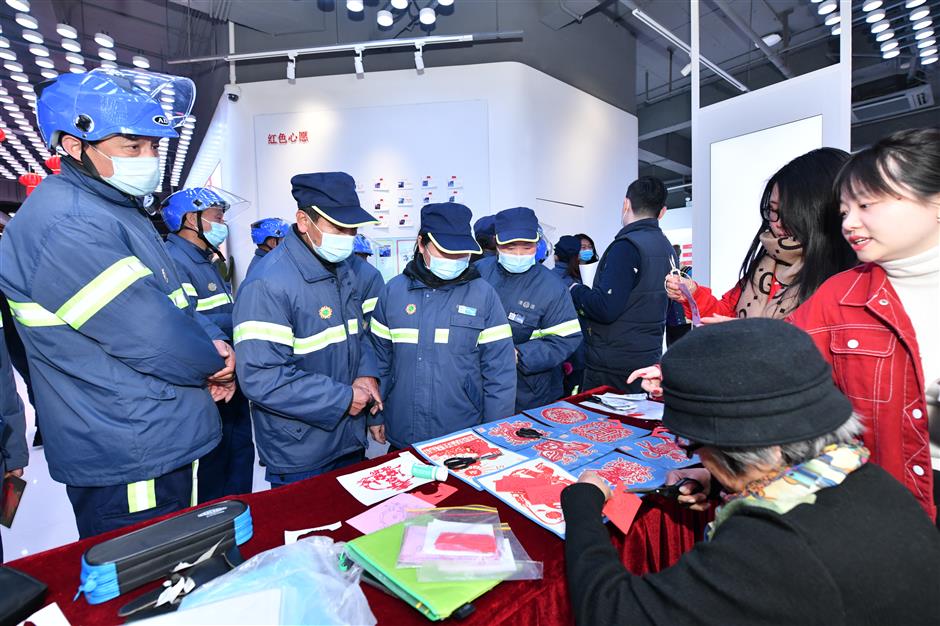