Three imported coronavirus cases were reported in the city on Tuesday, said the Shanghai Health Commission on Wednesday morning. There were no locally transmitted cases.

The first new patient is a Chinese working in Ethiopia who arrived at the Shanghai Pudong International Airport on February 9.

The second patient is a Netherlander who arrived at the Shanghai airport on February 10.

The third patient is a Chinese traveling in the United Arab Emirates who arrived at the Shanghai airport on February 22.

They have been transferred to the designated hospital for treatment, while close contacts on the same flights with them have been put under quarantine and observation at designated places.

Meanwhile, three patients were discharged upon recovery, the commission said.

So far, of all the 1,415 imported cases, 1,360 have been discharged upon recovery and 55 are still hospitalized.

Of all the 371 local cases, 353 have been discharged upon recovery and 11 are hospitalized. There have been so far seven local fatalities. 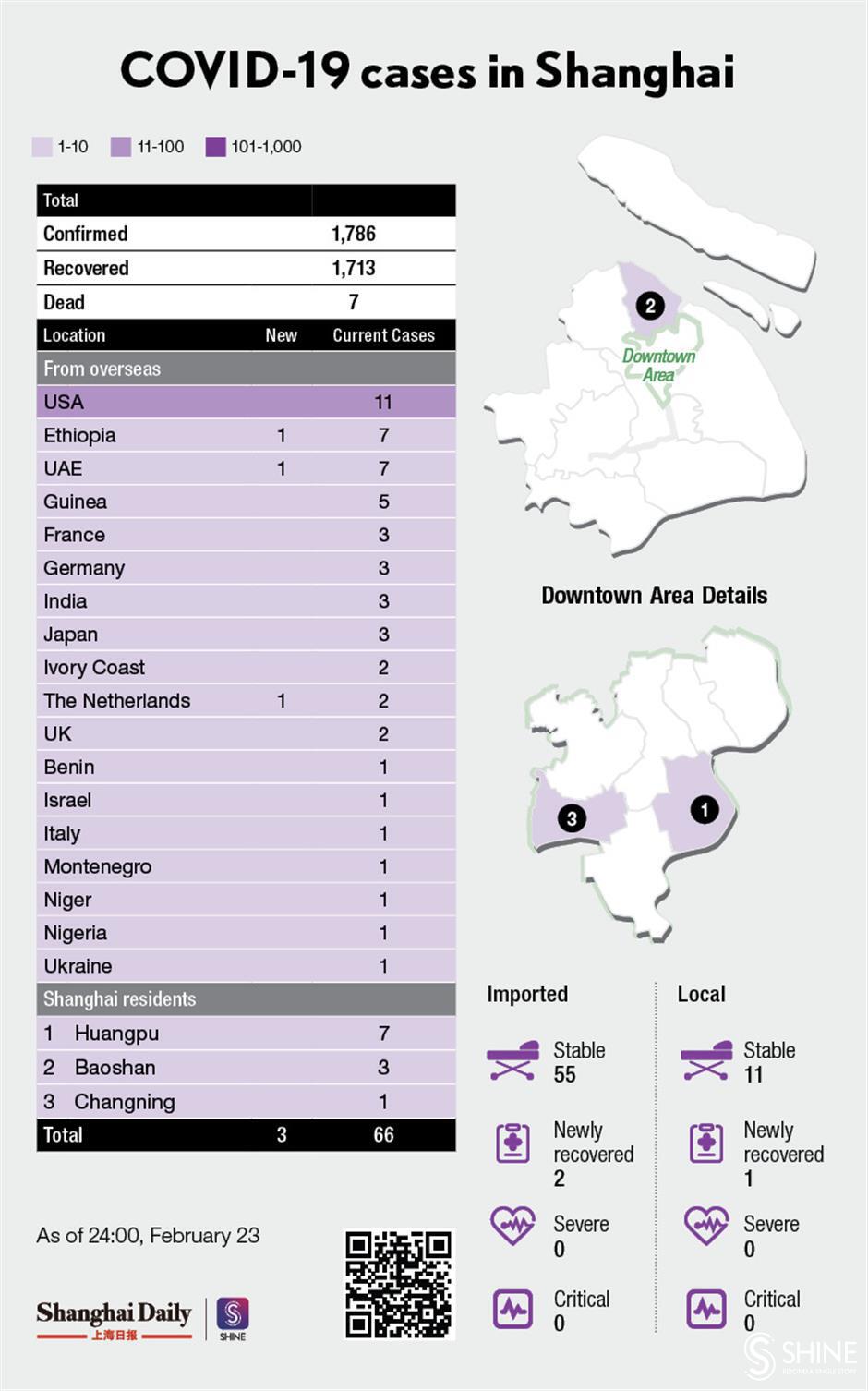